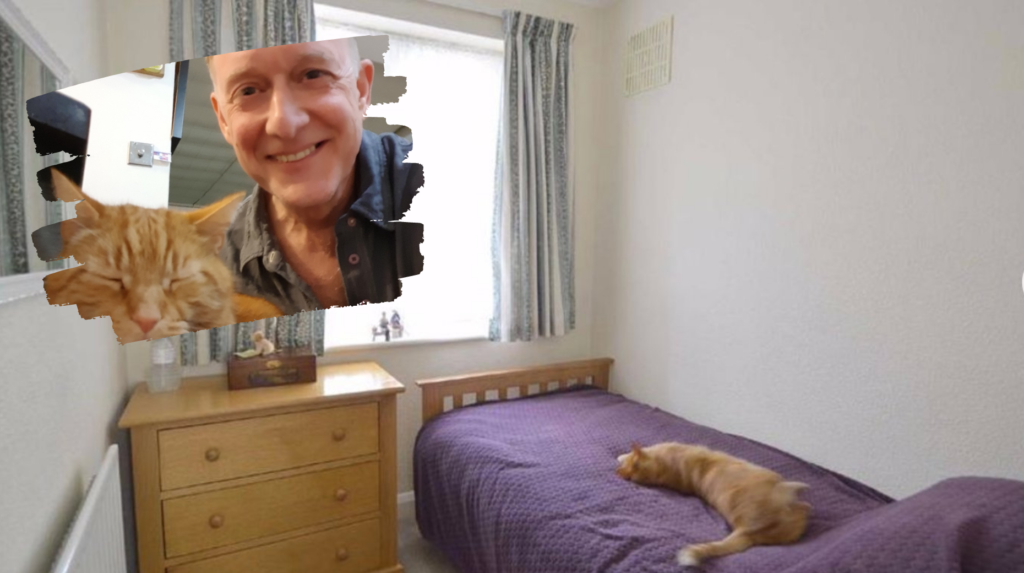 A lost cat in a listing photo on Zoopla.

After learning that a neighbor had listed his home on Zoopla, the U.K. equivalent of Zillow, a London oncologist decided to take a peek — and, to his surprise, found his lost cat in the listing photos.

Michael Hubank, director of clinical genomics at the London cancer treatment center The Royal Marsden Hospital, took to Twitter to share his unusual saga: one of the listing photos that his neighbor Ronnie put up on Zoopla featured his red tabby named Freddy stretched out luxuriously on a single bed with a purple bedspread.

“The neighbors just put the house up for sale,” Dr. Hubank wrote on Twitter. “Couldn’t resist checking it out on Zoopla. That’s our bloody cat.”

The neighbours just put the house up for sale. Couldn't resist checking it out on Zoopla.

The funny scenario immediately drew attention on social media. The photo has been liked more than 325,000 times and shared hundreds of thousands of times on different platforms. It is unclear whether Freddy had wandered in when the pictures were being taken and came home unperceived or had been staying at the neighbor’s house for days (local neighbors know the cat well as it tends to wander around) — but since the post went viral, it has been reunited with Hubank even if entirely unrepentant about running away.

“The cheeky little so and so,” Hubank told Metro.co.uk. “I think Zoopla has changed the pictures since, which is a pity.”

The viral post prompted people from all over the U.K. and elsewhere to share stories of their own wandering kitties.

“This is Ginge,” Twitter user Rebecca Warrington wrote under a picture of another red cat. “He has 4 homes. He is currently asleep on my sofa. He is not my cat. Or actually called Ginge, but he responds to it and he is so handsome.”

This is ginge. He has 4 homes. He is currently asleep on my on the sofa. He is not my cat. Or actually called ginge, but he responds to it and he is so handsome. pic.twitter.com/FHON0upeJM

While thrilled to be reunited with his cat, Hubank has been avoiding press, saying that going viral has made it difficult to concentrate on his work as an oncologist. He had put up the photo as a joke and only learned of going viral when his daughter called him from a different city to say that he and the cat were all over the internet.

“A decade of posting thoughtful comments about #genomics goes largely unnoticed,” Hubank tweeted after the cat incident. “But you send ONE cat tweet….” 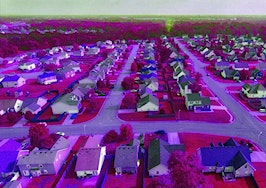 Looking for listings? How to build a real estate farm step-by-step 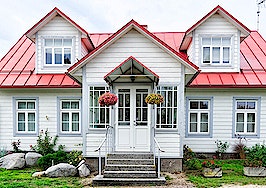 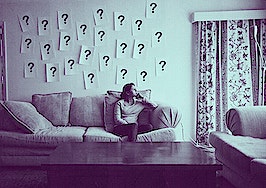 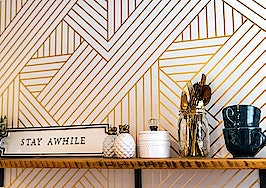 Zavvie leans into power buyers with marketplace update
Back to top
Hear from Realogy, Pacaso, SERHANT., Spotify, Redfin, Douglas Elliman, and 100+ more leaders at ICNY.Register now×
Limited time: Get 30 days of Inman Select for $5.SUBSCRIBE×
Inmanpot
Log in
If you created your account with Google or Facebook
Don't have an account?
Create an Account
Forgot your password?
No Problem