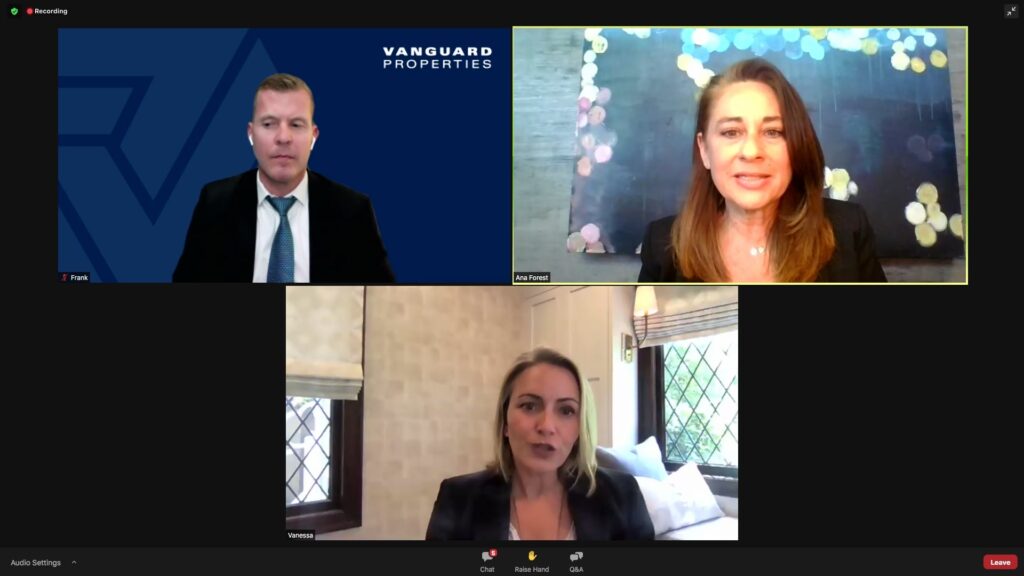 We’ve got a full slate of digital and in-real-life events coming up for the best community in real estate. Up next: Connect Now on May 18. Save the dates, and register now!

While much of the nation has only recently gotten a taste of a red-hot real estate market, bidding wars and meager supply have been the norm in the San Francisco Bay Area for over two decades, which means agents there have learned a few things that agents elsewhere can put to use to work with buyers and sellers.

At an Inman Connect Now session Tuesday titled “Boots on the Ground: Tactics for Working with Low Inventory,” moderator Vanessa Bergmark of Red Oak Realty spoke with agent Ana Forest of the same brokerage and with agent Frank Nolan of Vanguard Properties.

Here are some of the tactics they recommended for making the most of the lopsided market:

Just because it’s a seller’s market with overwhelming buyer demand doesn’t mean those buyers aren’t going to expect a listing to look like the often literal million bucks they’ll have to plunk down for it.

“I’d say 50 percent of the time you’re going to go in front of a seller and they’re going to try to not stage, not go through pre-inspections, not do repairs,” Nolan said. “It’s all these little things that add up that bring exponential return.”

A seller can spend $30,000-$50,000 to spruce up a property and get a return of between five times and 10 times that outlay, according to Nolan. At Vanguard, if a seller doesn’t want to spend the money upfront, the brokerage offers a concierge service that does the staging for them and gets paid at close of escrow.

“My advice to all of you is don’t pay for [staging] yourself, no matter what,” Nolan told attendees.

He also has sellers prepare the property for a non-contingent offer by making repairs and having home inspections done before listing the property so that buyers get “the most beautiful package,” along with professional photos and virtual and print marketing.

When the majority of buyers are doing their shopping online, sometimes for up to six months, first impressions matter.

“It’s almost like Tinder,” Forest said. “They’re scrolling right past the houses that are not sexy and they don’t look good, they don’t have good curb appeal. You only get one chance to make your first impression because a real buyer or an active buyer is looking at those listings every day.”

Red Oak also has its own concierge service so that sellers don’t have to reach too far into their pockets and get the biggest bang for their buck.

“We would never advise a seller to put money into a property where they’re not going to get something back,” Forest said. “So when you’re about to sell your house, it’s not the time to change the roof. It is the time to make the landscaping look fantastic, to re-do the floors, to paint, to stage, to make it look impeccable. We’re selling a lifestyle. We’re selling a fantasy of living in this house. So putting that extra money and that extra time and listening to your Realtor and working with real professionals that really make it look sharp is going to be so important to getting your highest price.”

Provide a packet of disclosures

In the Bay Area, when buyers show interest in a house, the listing agent provides a packet of disclosures, including inspection reports.

“It’s not all good stuff,” Forest said. “There’s some stuff in there that looks kind of alarming and kind of scary, and the sellers don’t always necessarily want to put that out there right away.”

The reason listing agents do this is so that buyers don’t feel blindsided and know what they’re getting into so that they feel more comfortable making an informed, non-contingent offer, according to Forest.

“When people don’t have that information and they make an offer on a house and they find out stuff later, it always feels kind of icky,” she said. “It feels like a bad surprise and that’s where negotiation starts to happen. We kind of cut that part right out.”

That means that sellers get some surety that the deal will close and they can move on, Nolan added. His firm uses Disclosures.io, which is owned by HomeLight.

Know what’s going on with buyers

Nolan said he doesn’t use the same bidding strategy with every property, such as only accepting offers after the property has been listed for two weeks.

“You kind of have to gauge and make sure you’re involved and really understand what the buyers are doing and you know what they’re saying,” Nolan said. “Be there for the showings. If you’re only going to be marketing the home for two weeks, you should be there for as many showings as possible so you can guide your seller about what’s best. Do you take a pre-emptive, meaning are a lot of people not liking it or finding something wrong with it, or are there better things on the market but you have one person that’s willing and so anxious to write an over-asking offer now, do you take that? It’s gonna be hard for you to answer that question, unless you’ve actually been there.”

Use your sold listings to get other listings

Nolan recommended listing agents send out “Just Listed” and “Just Sold” postcards for each listing to gin up interest from other homeowners. He also suggested listing agents write handwritten notes to the neighbors to introduce themselves, invite them over in advance to see the new listing and to apologize for the anticipated increased traffic in the area.

“It’s simple and basic and easy,” Nolan said. “And then the other great way to do it is if you have a buyer and you have somebody in your sphere and you know of houses that match up and you don’t necessarily have a listing, do a really nice handwritten note card and say, ‘I know somebody’s looking for what you have.'”

While many agents have a customer relationship management system, not all actually use it.

“You got to work with your own sphere, and also build up that trust and make sure that everybody knows what you do,” Forest said. “I do use a lot of social media. I’m out there on Facebook and Instagram. It’s probably obnoxious, but let me tell you that every single person that sees me knows what I do for a living. So, hopefully, they also trust me and will call me.”

“The initial buyer intake meeting is essentially a firehose of information,” Forest said. Red Oak also provides buyer guides. “The hard part is when a buyer comes to us and says, ‘I can spend $700,000 and I just saw this place for $695,000. Let’s go see it’ and I’m like, ‘Mmm, no, we can’t see it because it’s gonna sell for 30 percent more than that,” Forest said. “It’s a conversation. Sometimes it also means ‘Yes, okay, I’m going to show it to you, you’re going to make an offer [and] you’re going to lose,’ but sometimes that’s the only way for somebody to really learn.”

Nolan agreed: “You can’t be afraid to hurt their feelings,” he said. “You have to speak your truth.”

Have more data than the buyer

“Our industry has changed because buyers now have a lot of the same data that we work with, but we just have to dissect it and understand it in a different way and really understand the comparables, list-to-sell [price ratios], how many offers received on a certain property,” Nolan said. “Sometimes if you have just one, two or three really good stories about the data they’re looking at and tell those stories that can calm them down.”

Forest also stressed that she prefers to call comps “recent sales in the area” because of how fast the market is moving.

“Because when you’re looking at those comps, you’re essentially looking in the rearview mirror as you’re speeding at 100 miles per hour down the freeway,” she said. “You have to look at the comps, but you also have to add those anecdotal stories. You have to talk about your experience, you have to know the neighborhood where the house is and know the other agents.”

Buyer agents that know listing agents will be able to tell their buyers whether or not that listing agent prices homes transparently or tends to low-ball them in order to encourage more bids, she added.

Tell buyers they need to be both realistic and picky

After getting beat out on one bidding war after another, buyers can become discouraged. So Nolan said he counsels his buyers to be both realistic and picky.

“I encourage people to be picky, even in a market like this because then it’s just a focused search,” he said. “If you write one offer a week or one offer every two weeks, it’s pretty good. You don’t want to be writing 10 offers a week. I don’t and I don’t think it’s good for the buyer either. So I always tell everybody in the beginning, unless there’s some massive sense of urgency, just be really picky and realistic.”

Forest agreed and said she sometimes has her buyers look at disclosure packets before seeing homes so that they narrow down to what they really want to see. “By the time we get there and walk in the door, they’ve probably already almost decided that they’re going to make an offer on it,” she said. “And it might just be the visit is actually just a confirmation, validation to make sure that this is actually what I think it is and, more often than not, it is.”

Even in markets with tight inventory, there are some homes that just sit. Nolan advised agents to look at those properties and not assume there’s something wrong with them.

“Often that’s not the case,” he said. “Not always, sometimes there is something glaringly wrong and usually it’s price, but if it is price, just go in low and sometimes those are the best deals to be found.”

And on the buyer side, agents should make sure their buyers are nimble and ready to move, Forest said.

“They can’t just sit around and think about it and say, ‘Well, we’ll go see it in three or four days.’ If they’re ready, they’ve got to get over here.” 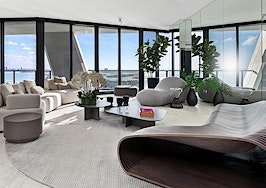 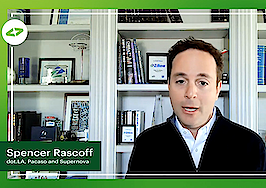 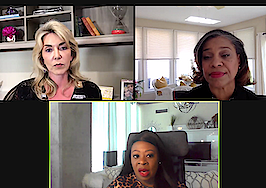 This is how you kill it in a sellers' market 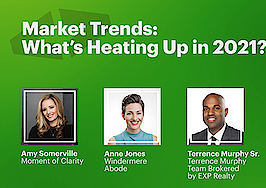 Top brokers reveal how they're coping with tight inventory 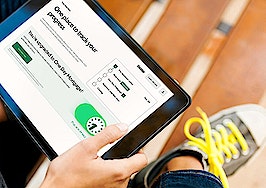 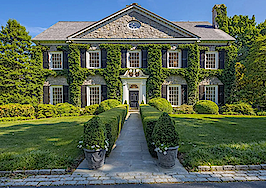