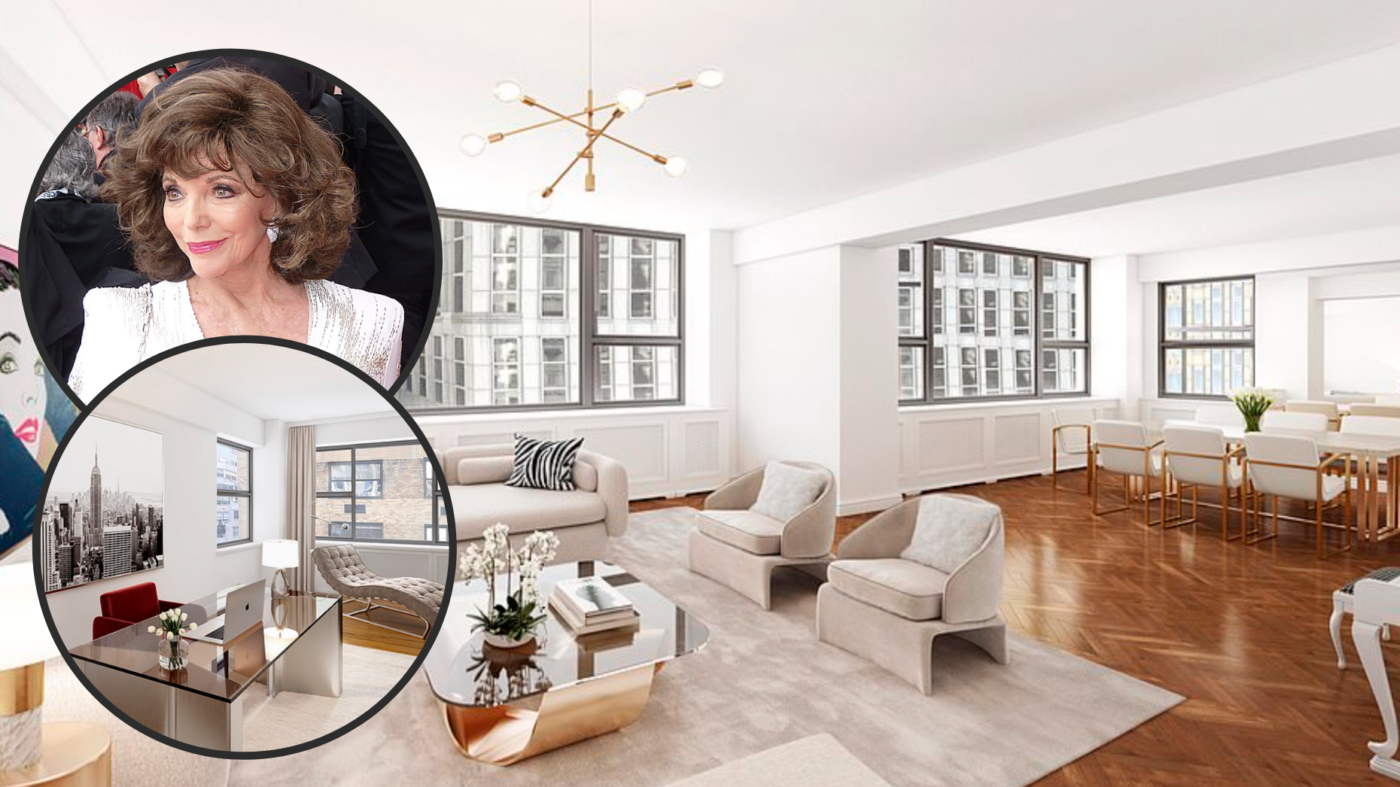 After less than two months on the market, the Manhattan pied-à-terre of Dame Joan Collins has sold for $2 million.

Listed for $2.095 million in January, the three-bedroom, three-bath apartment at the 110 East 57th Street building known as the Dorchester entered contract in March, according to the New York Post. Located in the middle of New York’s Billionaires Row, the co-op was reportedly on the market for 52 days before it was snapped up and is only now going public.

Now 87, Collins bought it with her producer husband Percy Gibson in 2002 for an unknown amount, and used the property on her visits while maintaining a permanent residence in London.

The virtually staged listing shows how the co-op's six rooms can be used.

According to 6sqft, Collins considered the primary suite (the room with the largest walk-in closet) the best part of the house.

The listing agent is Carolyn Weiner-Trapness of Brown Harris Stevens.

The living and dining rooms.

Along with three bedrooms and three bathrooms, the most distinguishing feature of the 8th-floor unit are its closets. There are a total of 16 of them throughout the space — a fact that Collins, who was a fashion star from the 1960s and onwards, is sure to have enjoyed during her visits.

The main living room is spacious and lets in plenty of natural light while the bathrooms are wrapped in mirrors. According to 6sqft, Collins considered the primary suite (the room with the largest walk-in closet) the best part of the house.

Born in London, Collins first started acting on the stage and notoriously lost the read role of Cleopatra to Elizabeth Taylor. Along with the Dame title awarded to her by Queen Elizabeth II, Collins has a Golden Globe Award, a People’s Choice Award, two Soap Opera Digest Awards and a Primetime Emmy Award — but despite countless acting accolades, she is immortalized for her role as vengeful schemer Alexis Carrington Colby in the beloved 1980s soap opera Dynasty.