Association says focus should now be on getting “critically needed” rental assistance to tenants and landlords.

A month after fellow Realtor associations prevailed in their attempt to end a federal nationwide eviction moratorium, the Florida Association of Realtors has withdrawn its case against the Centers for Disease Control and Prevention.

The association originally filed its suit on May 17, claiming the CDC lacked the authority to be “the nation’s landlord-in-chief” and seeking to vacate the ban, which the CDC said was meant to prevent the spread of COVID-19.

The lawsuit claimed that while the eviction moratorium was “ostensibly predicated on preventing the interstate spread of disease where state measures have failed to do so,” the CDC “has failed to identify any evidence to support its assertion that prohibiting landlords from repossessing rental properties when tenants do not pay their rent stops the interstate spread of Covid-19 or is necessary due to the failings of state or local measures.”

In an unsigned opinion, six of the Supreme Court Justices ultimately agreed that the CDC did not have the power to ban rental evictions. Instead, the court argued, such a policy would have to come from lawmakers — not the Biden administration.

“If a federally imposed eviction moratorium is to continue, Congress must specifically authorize it,” the ruling stated.

It was that decision that prompted the Florida Realtors to file a notice of voluntary dismissal without prejudice on Sept. 24. The court ordered the dismissal the same day. “Without prejudice” means the trade group can re-file the same claims later if the CDC was to institute another eviction ban. 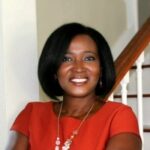 “Florida Realtors dismissed its lawsuit against the CDC because after more than a year, the U.S. Supreme Court ended the eviction moratorium, finally relieving private property owners of the financial burden they had been bearing for so long,” Juana Watkins, Florida Realtors’ general counsel, told Inman in an emailed statement.

“Eviction is usually a matter of last resort and no one wants to see a tenant without housing. However, the reality of the financial hardships that many housing providers are continuing to weather is real, and now is the time for the focus to be on getting the critically-needed rental assistance that’s available in the hands of tenants and their housing providers alike.”

Although Congress appropriated $46 billion for an Emergency Rental Assistance (ERA) program to help landlords, some landlords have declined the assistance, citing excessive red tape, while others who applied for the funds waited for months to receive them.

So far, about 16 percent of the funds have been distributed, and some cities have become more efficient at giving them out, according to Quartz. Still, the news outlet reported that the money isn’t getting to renters fast enough and evictions are rising in at least three states and 13 cities. 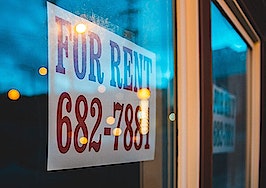 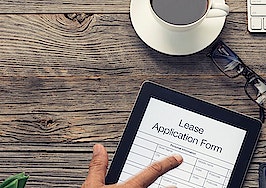 Struggling homeowners may evade foreclosure thanks to surging prices