Glenn Kelman is one of the most recognizable names in the real estate industry. The CEO of the Seattle-based, tech-powered brokerage Redfin has been leading the company since 2005, a year after it was founded.

Redfin’s business model, which takes a hybrid form, using both innovative technology and human expertise, has disrupted that of a traditional brokerage, a charge spearheaded by Kelman.

Over the years, Kelman has helped build the company into a force to be reckoned with in the industry. Prior to joining Redfin, he was a co-founder of Plumtree Software, a former software company that operated in web development industry.

In an interview with Inman, he broke down the three life moments that led him down the road to success.

Saying ‘no’ to medical school

Back in the mid-2000s, Kelman had to choose between going to medical school or taking the position at Redfin.

One night, he went on a walk around Seattle with his wife. They sat down on a bench and he told her that he didn’t want to be a doctor. Instead, he was going to work at Redfin and continue his career as an entrepreneur.

At Redfin, he explained, the opportunity to create was limitless.

“Business can be what you make of it,” he said. “It can be an enterprise that really helps other people and makes the world a better place. I love the creativity in business.”

Kelman told Inman that when he told the college that he wasn’t going to enroll in the medical program, they thought he was crazy.

But looking back on his career now, picking Redfin that night was one of the best decisions he’s ever made.

Early on in his career at Redfin, Kelman had lunch with Brian McAndrews who was CEO of aQuantive and later Pandora.

At the time, McAndrews had recently sold his company to Microsoft and provided Kelman some much needed insight on how to run a company.

In a moment of honesty, he told Kelman that he wasn’t going to be the next Steve’s Jobs.

He said, “You’re not going to be some black-turtleneck genius whose design instincts are ​infallible. You’re going to have to try a different way to build a company.”

The key to success, he continued, had to be in the way Kelman was a leader. He needed to listen to the ideas around him in order to change the industry.

“So I stopped trying to act like the smartest person in the room. I stopped trying to be a visionary, and I really invested in what makes Redfin such a beautiful place, which is this partnership between all the real estate agents who work here and the people who are making software, working on programs, and policies.”

Turning Redfin into a brokerage

When Kelman first started at Redfin his vision was to grow it as a marketplace for agents, not as a brokerage. This was because his experience was with web development and not with selling houses.

But early on in his career at the company, he went to dinner with an old friend from Plumtree who told him that he needed to change the game instead of playing it as it is.

They said, “Doing anything less than that will make you miserable,” Kelman recalls.

Kelman told his friend that while turning Redfin into a brokerage seemed promising, he didn’t know the business of being a real estate agent so it made him hesitant.

But the friend encouraged him that even if he screwed up at first, he’d figure out how to get it right. It was the direction the company needed to go in.

After the dinner, Kelman approached David Eraker, the founder of Redfin, and told him that he changed his mind, Redfin should become a brokerage.

In that moment, he knew Redfin had shifted onto a on a course that would make it extraordinary.

But bringing agents into the mix was the key to transforming the business and boosting Redfin’s name in the industry. 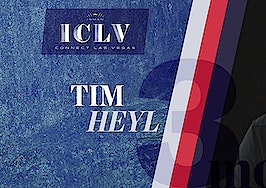