Since his jump from finance to real estate in 2004, M. Ryan Gorman has been steadily proving his expertise as a strategist and leader at Realogy, which catapulted him from the head of strategic development at Title Resource Group to the leader of NRT and Coldwell Banker — two of the nation’s largest real estate franchisors and brands.

The past four years, in particular, have been full of trials and challenges for Gorman, including making the transition from SVP to President and CEO at NRT and Coldwell Banker, leading a team of thousands through the pandemic, solely answering for the industry’s misgivings at a post-Newsday lashing from the New York State Senate, and grappling with his role in fixing decades of discrimination in real estate.

Ahead of his appearance at Inman Connect Las Vegas in October, Gorman shared three moments that shaped him not only as a real estate leader but as a man. Here’s what he had to say:

A childhood on the go

“Well first, my wife is my cheat code. When I got stumped [preparing for this interview], I talked to her because she knows me better than I do, and we’ve been together forever. So, of course, her first suggestion was when I met her in high school.

“But everything kept coming back to childhood. The lessons I learned, the resilience that I developed all came from the fact that I grew up in a pretty non-traditional way. Some would call it chaos but that was what characterized my childhood. But that made me really comfortable in chaos now professionally, personally, really completely.

“If I had to pick a moment in my childhood that really impacts every day today, it’d be that that moment of walking into class as the new kid, which I did every single year, at least once. Up until I was a teenager, I was the new kid.

“My mother is the proverbial rolling stone that gathers no moss.  She was always chasing the next adventure [and] we moved all the time. [She] still is, in fact, and I will be moving her again this month.

“Nothing quite compares to walking into class, everyone sizes you up, and you decide how you’re going to approach the class and the individuals and immediately start to make choices that become who you are in that school, at least for as long as you’re there.

“Most people get that chance a few times in their life. I got it several times in any given year sometimes, and now I’m comfortable. Honestly, walking into any room, any town, big city, small town, quiet conversation, or mic’d up onstage, I’m just extremely comfortable.

“And I have a lot of empathy for our clients who are terrified of moving their children, as I was when I moved my kids not too long ago. But those experiences impact me every day. I think about that and how beneficial it’s ended up being. I wouldn’t wish it on anyone, but it’s been really beneficial.”

Taking the helm at NRT

“In 2018, Ryan Schneider asked me to step into the role leading what was NRT, now [Realogy Brokerage Group]. It was a huge vote of confidence from him that I was not anticipating, and then he’s since [given] me more support and autonomy than I could ever ask for.

“But there’s a moment that I think about even more [that happened] later that year after being in the role for a while. I think it was September of 2018. I had a team off-site with my group, and I asked as part of the off-site, for them to spend some time amongst themselves. I literally left the building, went for a walk and thought about how I could be a better leader for them.

“I thought maybe they’d take like 10 minutes, but the time they took felt like hours. I came back into what I would describe as an intervention, where they told me they knew that I was a consensus builder, I sought to get everyone’s voice heard whenever we’d be thinking about things, regardless of level or experience. That I like to lead by example, not directives and the team thanked me for that approach. They felt respected and appreciated, but they needed me to be more directive.

“They said, hearing everyone’s views is awesome, but they also trust me to make the call, which for me, was very humbling because every single member of that team had vastly more experience than I did. So it was really impactful for me to hear that from them. That’s really the moment that I think about constantly.

“I literally took that advice and started implementing it in the room as we talked about our fourth quarter priorities. I started just saying ‘Okay, we heard everyone on this. So here’s what we’re gonna do on this and here’s why.’ They literally applauded [when I did that]. Ever since that day, how we’ve worked has shifted, and how I’ve worked has shifted based on that.

“That really candid feedback that they gave me, I’m just so grateful for it.”

“When I was leading NRT at the time and taking over Coldwell Banker-owned brokerage operations, I attended a NAREB conference in Atlantic City. That [event] has shaped really so much of what we’ve done since then.

“I mean, NAREB, which some readers might not know, is the oldest minority trade association in the U.S. When I was there in Atlantic City, the members appreciated me attending but were frankly surprised that the leader of the largest brokerage in the country was at their conference, even though they’re the oldest organization of their kind in existence.

“That demonstrated to me that they didn’t have that expectation, because frankly, that’s not what’s happened before
— not with brokers, not with leaders, and not with brand leaders. They indicated they respected Coldwell Banker and so many other national brands, but they just didn’t feel like those were homes built for them.

“That just hit me like a ton of bricks. I immediately started thinking, ‘Both their perception and reality have to change.’ That was the genesis of what became our Inclusive Ownership Program. Fast forward to later that same year, and I testified in front of the New York State Senate after the Newsday investigations on fair housing.

“Sixty-eight people were asked to show up and I was the only one who did. All the senators, who were very justifiably angry, directed all of their questions and their anger at me. One of the things I thought about as I sat there, as we were putting the finishing touches on the Inclusive Ownership Program that we rolled out a few months later, is how absolutely necessary the program is not just for Coldwell Banker, but for the whole industry and for the communities that the industry serves.

“Then in February of 2020 at the Las Vegas midwinter conference for NAREB, I got to unveil the Inclusive Ownership Program and thank them for the influence they had on me and on Coldwell Banker because it was their insights and feedback that really created this program.

“I now have the honor of mentoring dozens of people who are in that program today. It’s just fuel for our fire as we’re on the right track in terms of serving. But we have a lot more to do.” 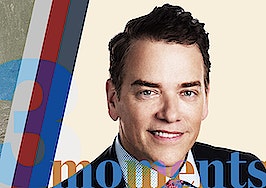 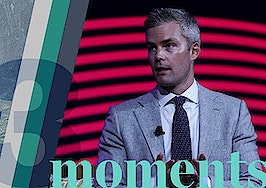 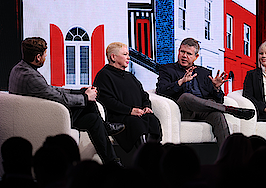