In a new lawsuit filed against Realogy, Dominique Harkness alleges she wasn’t allowed to work from home because she was a new mother.

A former employee is suing Realogy and Coldwell Banker, accusing the companies of sex and gender discrimination because she was allegedly not allowed to work from home after giving birth, even though she had been working from home before having her baby. 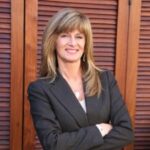 According to the complaint, on March 8, 2021, Ashley Burke, a human resources business partner at Realogy, and Coldwell Banker branch manager Pamela Topa Upchurch, called Dominique Harkness, who was a sales support administrator for a Coldwell Banker office in Brentwood, California, to ask when she would be returning to work from pregnancy leave. Harkness then allegedly asked if she could work from home after her leave came to an end later that month. At the time, her baby was five months old and she also had a six-year-old at home that was attending school remotely.

Before giving birth, Harkness had been working from home due to the pandemic “without any performance issues” and she feared that putting her baby in daycare would expose the baby to COVID-19, according to the complaint. She had also heard that other Realogy and Coldwell Banker employees had been allowed to continue working from home. 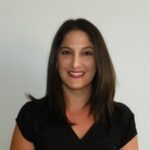 The complaint alleged that Burke rejected Harkness’s request and told her that “the one and only reason” was because she was a new mother.

“Indeed, Burke told Plaintiff specifically, ‘We may have been able to make a concession if you hadn’t had the newborn, but we can’t allow you to work from home being the primary caregiver to your newborn,'” the complaint says.

“As a five-year employee of Realogy/Coldwell with a solid track record — including promotions, pay raises, and written praise — Plaintiff rightly believed that the company’s response was unnecessarily hostile, and its decision constituted discrimination based on Plaintiff’s status as a new mother and the company’s perception that Plaintiff would be distracted from her work responsibilities by her newborn baby.” 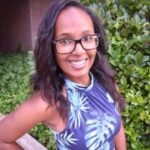 Meanwhile, the first anniversary of the unexpected death of Harnesses’s brother was approaching on March 17. Harkness provided the brokerage with a note from her therapist saying she could not return to work until after March 17 because the anniversary could trigger mental disabilities Harkness had been struggling with since her brother’s death.

The complaint alleges that the brokerage “unilaterally” placed Harkness on two weeks of paid COVID leave, even though Harkness did not have COVID and she “complained to Burke that placing her on COVID leave would deprive her of time off if she were to actually contract the virus.”

On March 29, Burke allegedly called Harkness to tell her that if she wasn’t going to return to work at the office — which was then allegedly under construction and therefore “uninhabitable” — then she needed to resign. When Harkness refused, she was allegedly fired.

Realogy routinely touts itself as one of the “World’s Most Ethical Companies,” a recognition the company has received from the Ethisphere Institute for the last decade. 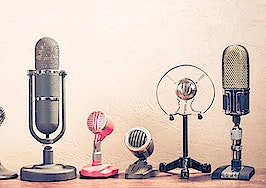 Haven't used much of that rental assistance yet? The Treasury could take it away