Expedia Group’s CEO said the short-term rental platform was “a particular highlight” that helped the company’s strong performance during the quarter.

Expedia Group reported a net income of $376 million during the third quarter of 2021 in an earnings call that took place on Thursday.

CEO Peter Kern noted that the company was very happy with its third-quarter performance, despite ups and downs in travel precipitated by the Delta COVID-19 variant. 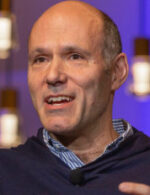 “We’re very pleased with the quarter we had in Q3,” Kern said. “But for Delta, this would have been our most profitable quarter ever, and I think it’s a tremendous milestone for the company…”

“Delta had an impact — we saw it impact cancellations, we saw it impact booking trends,” Kern added. But over the course of the quarter, he said the company’s performance gained momentum, particularly by the end of September.

The company added that Vrbo, its short-term rental company, contributed to its strong third-quarter performance as domestic travel gained strength throughout the U.S.

“For us, Vrbo has been a particular highlight,” Kern said. “We’ve seen strong share growth in our focus markets and particularly in the U.S.” He added that more than half of Vrbo customers in 2021 have been new customers.

“Despite continued volatility in the travel recovery, Expedia Group’s net income and adjusted EBITDA for the quarter nearly matched our Q3 2019 levels driven by the superior performance from Vrbo and domestic travel along with improvements across virtually all lines of business,” Kern said in a statement. “With early positive signs in Q4 and many countries announcing new openings to international travelers, we are feeling increasingly confident about a continued recovery.”

On a per share basis, the company saw a profit of $2.26. Meanwhile, earnings adjusted for stock option expense and non-recurring costs were $3.53 per share.

Prior to the earnings call, the Zacks Consensus Estimate anticipated the bottom line of earnings to stand at $1.64 per share, which the company well surpassed.

“We recently celebrated our 25th anniversary of forever changing travel,” Kern added. “And as we come out of COVID, we are committed to once again charting an exciting new path for our customers, partners, and the entire travel ecosystem.”

Even after demand for short-term rentals surged last summer, Kern added that the company is already seeing more bookings for next summer compared to this past one.

“Now we’re in a position where … we can see the light at the end of the tunnel in terms of COVID,” he said.