Landis, a rent-to-own real estate startup backed by Jay-Z and Will Smith, is expanding to Florida, the company announced Tuesday. 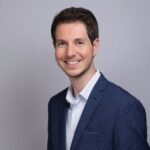 “We’ve had our sights set on Florida for quite some time,” said Cyril Berdugo, co-CEO and co-founder of Landis, in a statement.

“With housing costing more than 30 percent of a household’s income, over 70 percent of the state’s low-income renter households are burdened by high expenses. We’re thrilled to have the opportunity to help Florida residents achieve financial stability and purchase their dream homes, as we take another step toward increasing the national homeownership rate across the country.”

Founded by Berdugo and Tom Petit in 2018, Landis works with prospective homebuyers unable to get mortgages due to credit, a lack of savings, or debt. After vetting them, Landis backs buyers who have the potential to qualify for a mortgage in a year to two years. Landis then purchases the home for the prospective buyer in cash and rents it to them until they are able to qualify for a mortgage and buy it.

Landis partnered with the National Association of Realtors in August to connect with local agents to help homebuyer clients who don’t qualify for a home. If Landis takes the client on, the agent will get a full commission if Landis buys the house, representing Landis as the buyer agent.

“I am excited to work with Landis to help Florida residents find their dream homes,” said Tiffany Patton, a Florida-based Realtor for Real Broker, LLC, in a statement. “As a Realtor who primarily works with first-time homebuyers, a program like Landis gives my clients a level playing field in the current market climate, where inventory is low and buyers are in direct competition with enticing buyers. With Landis, homeownership can now be a tangible goal for so many people who were starting to give up!”

Since launching, Landis has secured a total of $182 million in debt and equity. In July the company announced it had raised $165 million in a Series A funding round with help from Will Smith’s Dreamers VC and Arrive, a subsidiary of Jay-Z’s Roc Nation. Other Landis investors include Sequoia Capital, Signia Venture Partners and Radical Ventures.