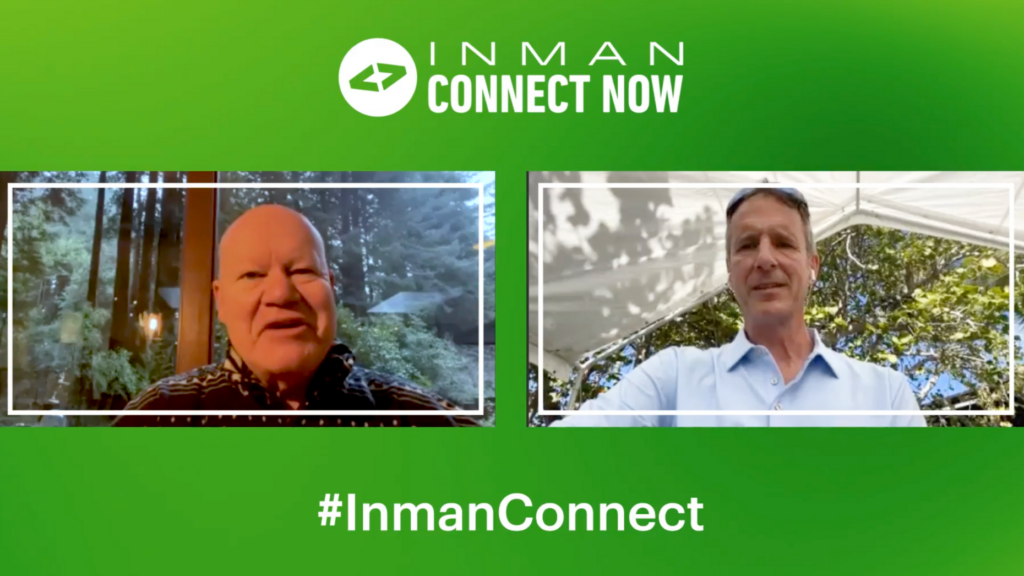 Brad Inman (left) and Glenn Sanford discuss the year ahead in real estate at a January virtual session of Inman Connect Now.

The founder of eXp Realty told Brad Inman there’s plenty of business for agents in the year ahead during a Connect Now session Tuesday, but he’s also keeping an eye on potential setbacks.

Be the smartest person in the room. Join us and thousands of real estate pros, virtually, for Connect Now today to stay ahead of the game and make new connections. Listen or watch live. Plus, receive the replays. Get access.

Glenn Sanford’s eXp Realty has been one of the fastest-growing brokerages in recent years, and he’s confident the coming months will continue to be profitable for the real estate industry as a whole.

But eXp Realty’s founder and CEO said his optimism is tempered by uncertainty about how decisions by the Federal Reserve or Department of Justice could affect the industry.

“I’m a bull,” Sanford said. “It all just depends on how much the Fed decides to raise interest rates, is what it comes down to.”

Sanford’s company, which has a presence in the U.S. and 17 other countries, announced in December that it had passed the 70,000-agent mark — an increase of nearly 29,000 in the past year.

Even as home inventory declined throughout the country last year, the roadmap to a profitable industry remained clear.

Agents at eXp were selling more properties in 2021 than they had in higher-inventory environments, Sanford said. Homes were still coming on the market — they just weren’t sitting there for long.

“Lower inventory doesn’t translate into lower real estate transactions,” Sanford said. “It just means that prices go up faster, is really what it comes down to. So I think we’ll probably see a little bit slower number of transactions [with] rising interest rates.”

Brokerages also face threats from the Justice Department, which has been pursuing legal action against the National Association of Realtors (NAR) for its business practices, Sanford said.

“If there’s any one entity that could change the game, it’s the DOJ,” Sanford said. “If they were to say, OK, you can’t offer buyer agency commissions through the MLS anymore, that would fundamentally upset the apple cart of organized real estate.”

In the case of the DOJ, Sanford expects the process to be drawn out well beyond 2022 if it leads to substantial changes to industry practices. Decisions affecting mortgages and interest rates are more likely to make a difference in the immediate months ahead.

Sanford predicts that if major shifts occur, larger brokerages like eXp may be better suited to weather them. But depending on how heavy-handed these decisions are, Sanford says they could have broad implications for the American economy — not just for real estate.

“If the DOJ makes too big of a change in the rules, and they force the rules too much, I think it could slow down housing so much that it could actually have an economic impact as well,” Sanford said.

Inman and Sanford also discussed how 3D, virtual environments known as metaverses could change business for agents in the years to come.

While some high-profile luxury brokers have been buying and selling virtual plots of “land” in these metaverses, Sanford said they could also become increasingly popular as alternate workplaces for a growing remote workforce.

His all-remote company, eXp, had to confront this challenge early in its growth.

“How do you build serendipitous, meaningful ‘collisions’ with people if you don’t actually see them?” Sanford said.

For eXp, some of the interactions that traditionally took place in an office setting were moved to its virtual “World” environment. This digital office campus hosts company meetings, weekly educational seminars and other interactions.

For more of Sanford’s comments on the metaverse, keep an eye out for Inman’s handbook on virtual real estate this week. 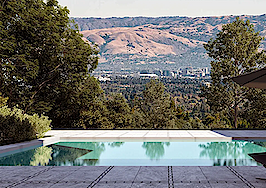