The Hispanic homeownership rate continued a steady rise last year and could reach 50 percent by 2025, despite a “hostile” market, according to an annual report from the National Association of Hispanic Real Estate Professionals (NAHREP).

But the rate has been increasing every year since then, according to U.S. census figures included in the report.

“At this rate, Latinos could reach a 50 percent homeownership rate by 2025,” the report, which was released last week, said.

“Speculatively, the unexpected boom in Non-Hispanic white household formations since 2017 (2.7 million) resulted primarily from Millennials who formed households at a slower rate when compared to previous generations and who relied on generational wealth,” the report said.

“These individuals were able to take advantage of record-low interest rates and enter the homeownership market.”

Latinos are twice as likely to use Federal Housing Administration (FHA) loans to finance their home purchases compared to their white counterparts, putting them at a competitive disadvantage in 2021’s low inventory market, which has been “hostile” to first-time buyers using low down payment products, according to the report.

“These homeownership increases occurred despite 2021 being one of the most hostile housing markets of recent times,” the report states. “This was particularly the case for lower-wealth first-time buyers, many of whom rely on low down payment loan products.”

“The widening housing inventory shortage, compounding underproduction of housing, and the rise in institutional investors sweeping up single-family homes have exacerbated the affordability crisis,” the report added.

Moreover, Latinos were disproportionately impacted by the lack of inventory because they are concentrated in areas where inventory has dipped to record lows and home appreciation is high, including Arizona, Florida, California and New York.

But NAHREP does not expect the current household formation trends to continue, noting that the Urban Institute predicts that Latinos will make up 70 percent of homeownership growth over the next 20 years.

But the Urban Institute’s prediction is not guaranteed, NAHREP warned.

“Inventory challenges must be solved, and the U.S. housing and home lending industries must create an environment that is more conducive to first-time homebuyers, especially for communities of color,” the report said.

“Failure to address the housing supply crisis could result in a steep decline in the overall homeownership rate and have a devastating impact on the nation’s GDP and economic well-being.” 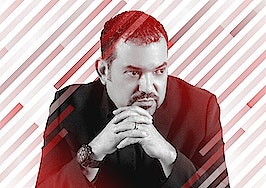 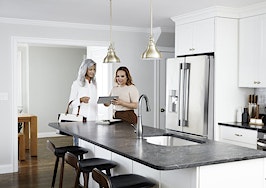