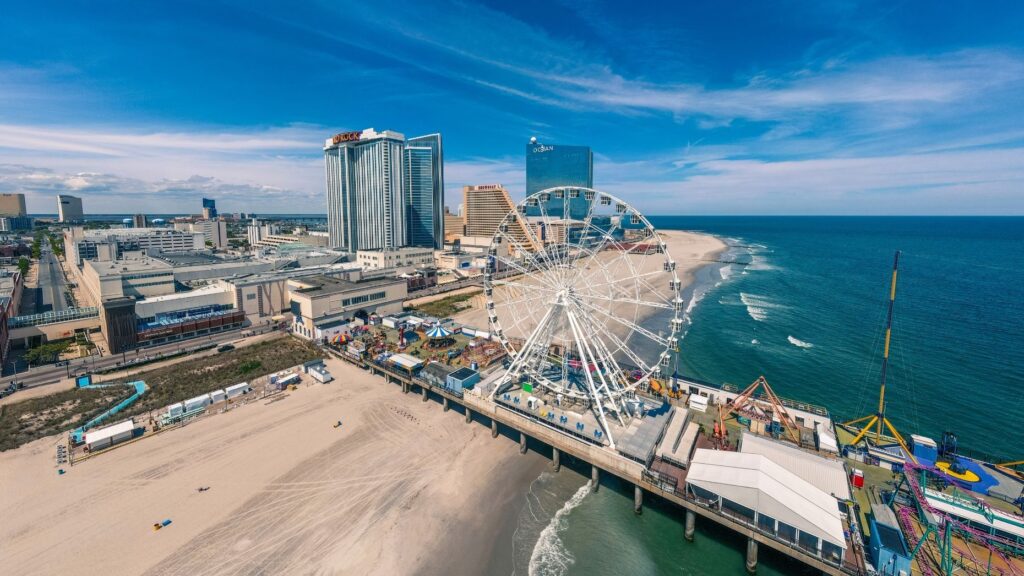 There’s a misconception that homes in beach towns are unattainable for many Americans because of their higher prices, but Realtor.com says that’s just not so — here’s a list of affordable beach towns for homebuyers to explore.

With Memorial Day weekend around the corner, many Americans are looking forward to the start of beach season.

Unfortunately, due to the higher real estate values typically associated with waterfront properties, some Americans think they can only afford to go to the beach for a limited amount of time each year. But Realtor.com says that’s just not so — in fact, the median list price of some beach towns in the U.S. is less than $200,000, making it feasible to live full-time near the water.

“The U.S. has over 95,000 miles of shorelines,” George Ratiu, manager of economic research at Realtor.com, said in a statement. “But most people, when they think of beach towns, they focus on a few dozen destinations. However, there are a lot of hidden gems, which offer all the benefits of seaside living at a much lower price.”

Realtor.com analyzed list prices of more than 1,300 towns along U.S. coastlines from May 2021 to April 2022 that had at least 30 homes listed for sale in April (excluding pending sales). The company’s data team also focused on towns with interesting things to do and amenities nearby, and only selected one town per state for the purpose of geographic diversity.

What follows are the most affordable beach towns Realtor.com identified for 2022. 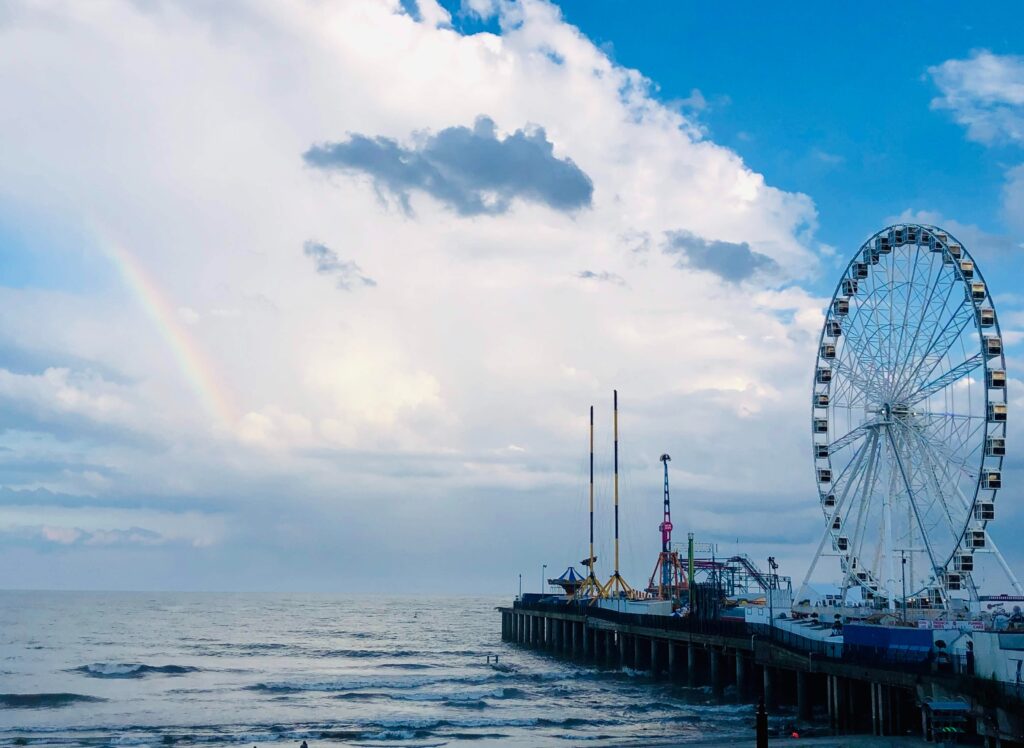 Although it may have a bit of a gritty reputation due to its casinos and gangster TV shows (i.e. Boardwalk Empire), Atlantic City has a lot to offer for a reasonable price.

The city struggled a bit when COVID-19 restrictions shut down casinos and other entertainment venues — and 10 years ago when Hurricane Sandy blasted the shore — all of which has contributed to its affordability.

That said, people are starting to catch on to Atlantic City’s affordable home prices and amenities, which has led home prices to increase 18.8 percent from April 2021, according to Realtor.com. Modestly sized condos along the beach can still be had for as little $95,000 to $310,000. 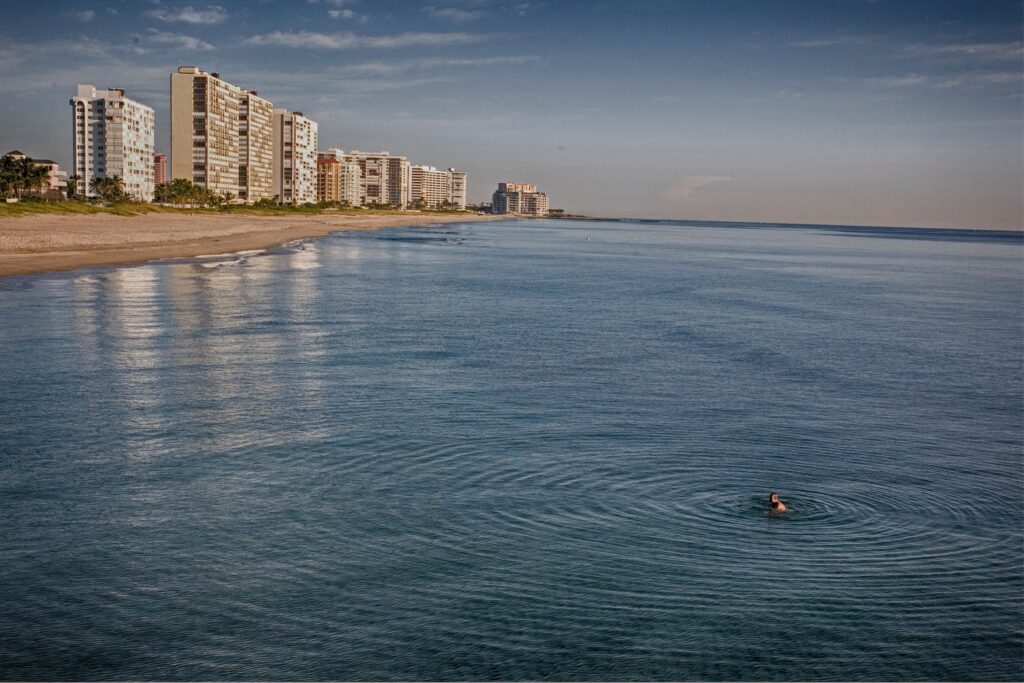 Southern Florida hot spots, such as Palm Beach and Miami, have gained a lot of attention from out-of-state buyers over the last few years as buyers have sought out a higher quality of life and tax benefits. That popularity has caused a surge in prices, with the average price of a Palm Beach condo increasing 52 percent between Q1 2021 and Q1 2022, according to Serhant.’s South Florida Report.

But buyers who can move quickly can still find deals in Deerfield Beach, which is on the coast between Palm Beach and Miami, Realtor.com noted. Buyers who are 55 years and older can get condo deals on the Intracoastal Waterway for less than $300,000, Realtor.com pointed out, while buyers of any age can find one-bedroom condos on the ocean for $400,000.

In addition to the beach, locals have access to a number of bars, restaurants and fishing recreational activities.

New London, an old seaport town nestled at the mouth of the Thames River, empties into Long Island Sound, affording the area an ample amount of waterfront properties.

In addition to water amenities, residents have access to an array of restaurants, bars, an amusement park and arts centers in the area. 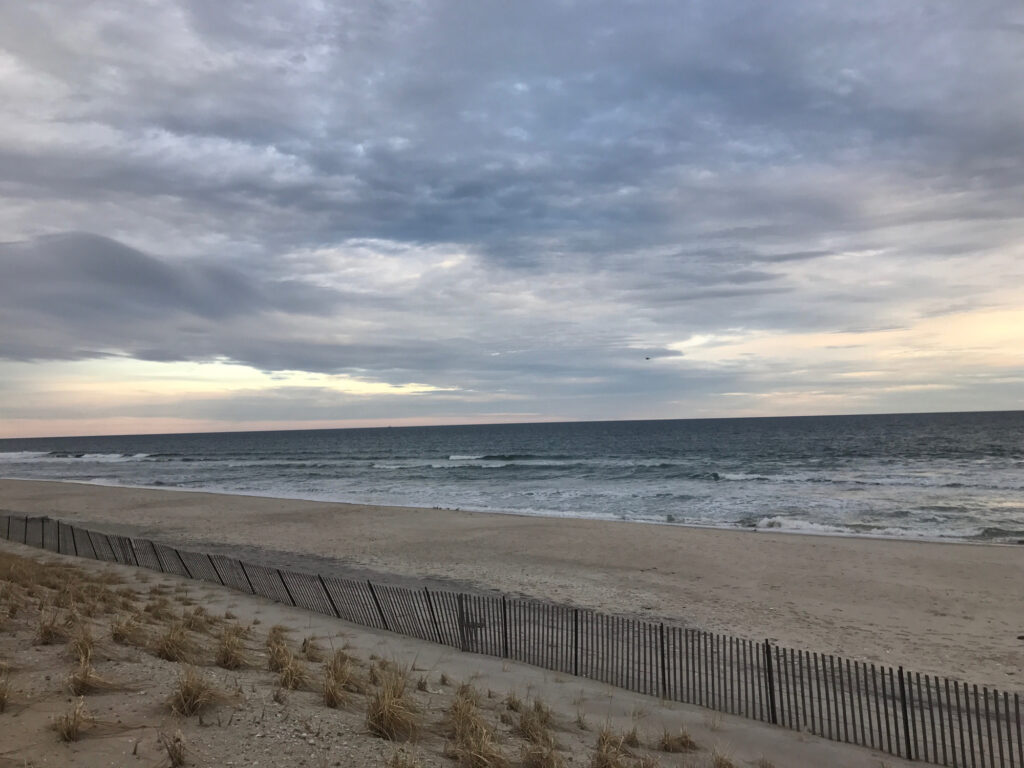 It’s just a short drive from Southampton’s ritzy scene, but Mastic Beach is an attractive destination in its own right at half the cost. The “working-class beach town,” as Realtor.com describes it, has plenty of interesting things to offer, such as good restaurants and historic sites, in addition to life on the beach. The beach is just a short drive away, across Narrow Bay via the Smith Point Bridge.

Homebuyers can find properties with waterfront views starting in the $200,000 range, although there are certainly pricier, more luxurious properties in the area too. 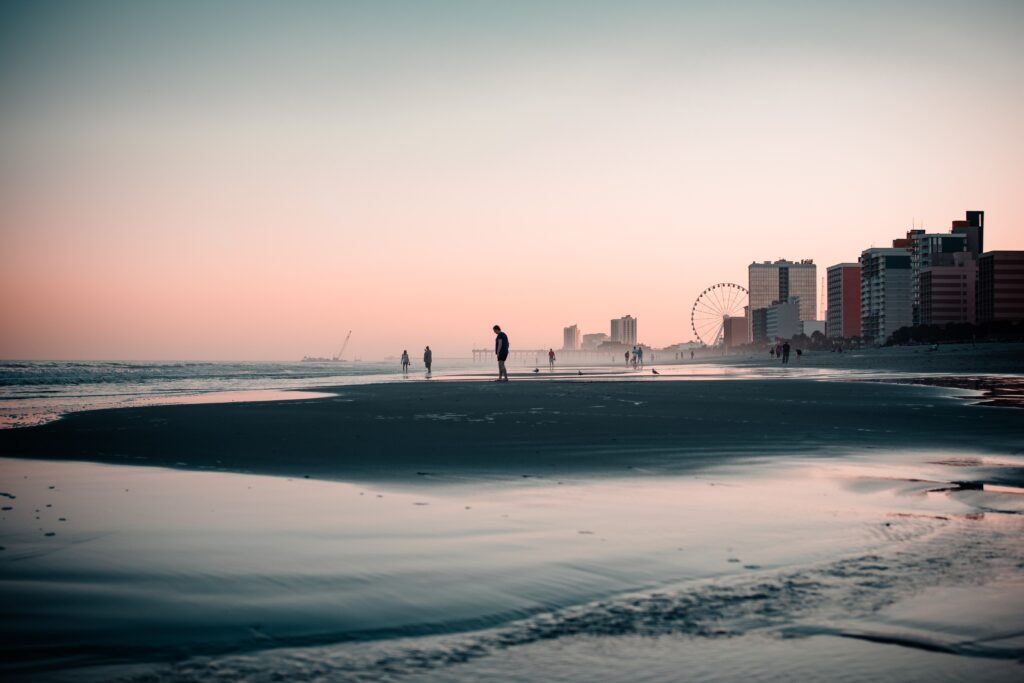 Myrtle Beach is an affordable destination for now, but buyers considering the popular vacation spot as a contender for a year-round home may want to move quickly. The city, which has been a hot spot for beach activities, golfing and festivals for years, was ranked the fastest-growing city in the U.S. by U.S. News and World Report in 2021-2022.

Retirees and remote workers alike have been attracted to the nice weather, low taxes and affordable real estate, plus the boardwalk, amusement park and other entertainment options.  The city has an abundance of waterfront inventory available — from two-bedroom condos for $289,900 to five-bedroom beach houses for $595,000, Realtor.com notes. 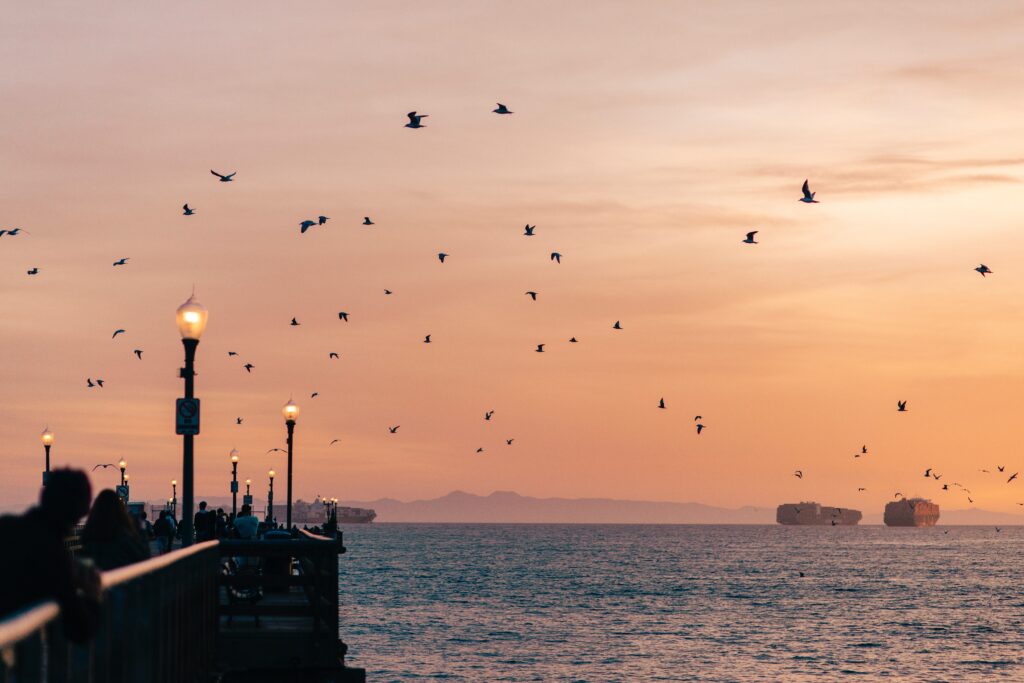 Retirees who have always wanted to retire to California — rejoice. Affordable homes can be found at Leisure World, a gated retirement community located 12 minutes from Seal Beach, that’s open to members 55 years and older.

Aside from the bargains to be had at Leisure World, however, the cost of living in the area “is not necessarily cheap,” Century 21 Masters Realtor Melinda Elmer said in a statement. The typical home for buyers of any age might cost about $1 million, but buyers who aren’t prejudiced against mobile or manufactured homes can get one in the mid-$400,000s. 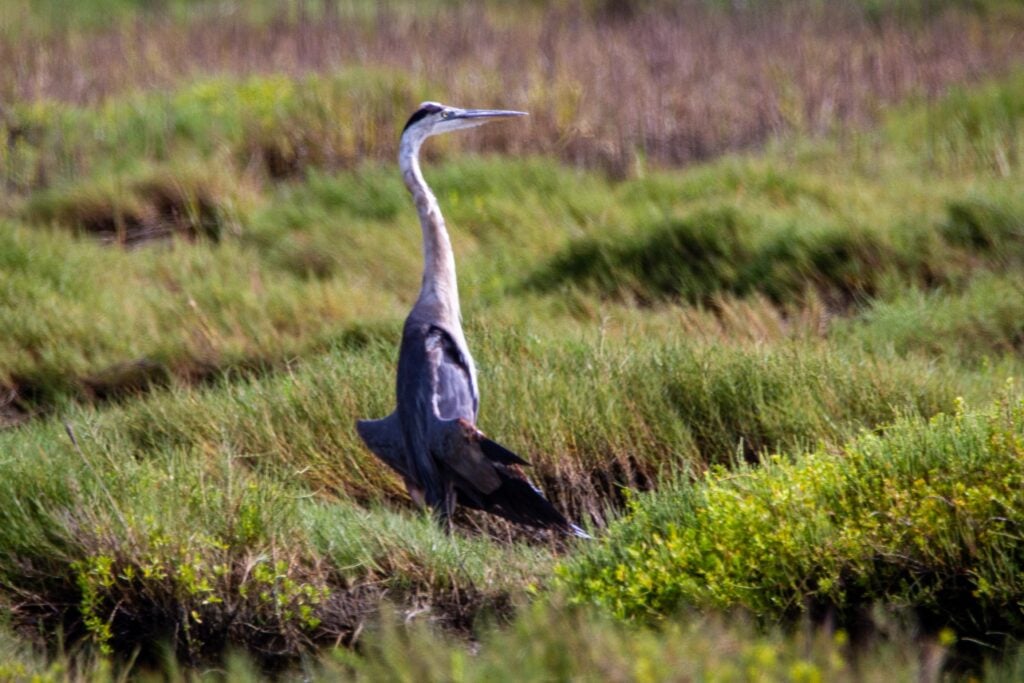 Rockport is a bird-watcher’s haven and has 10 different sites on the Great Texas Coastal Birding Trail. The Gulf Coast town also has pristine beaches and great fishing.

Waterfront properties start in the mid-$400,000s for more modest starter homes, while homes right on the beach can be quite pricey, exceeding $1 million. 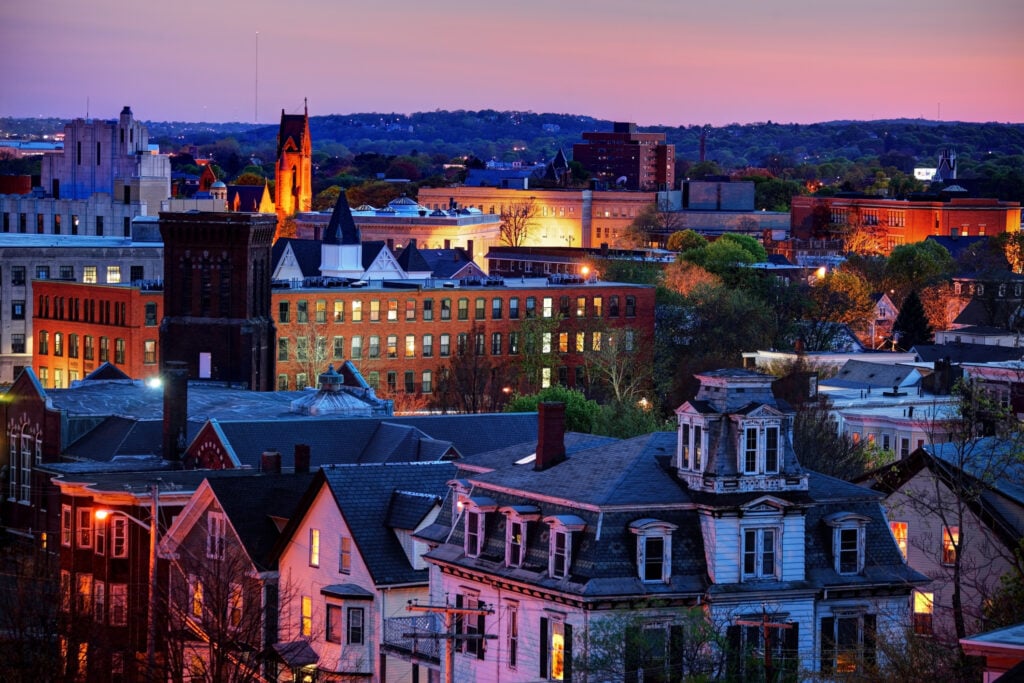 Under-the-radar Lynn is 30 miles outside of Boston and includes 22 acres of protected shoreline in the Lynn Shore and Nahant Beach Reservation.

The town’s downtown has been revived in recent years and is a walkable area made up of an eclectic array of restaurants from Cambodian to Italian and everything in between. One-bedroom condos with waterfront views can be found in the mid-$200,000s, while larger homes closer to the shore are available in the mid-$600,000s. 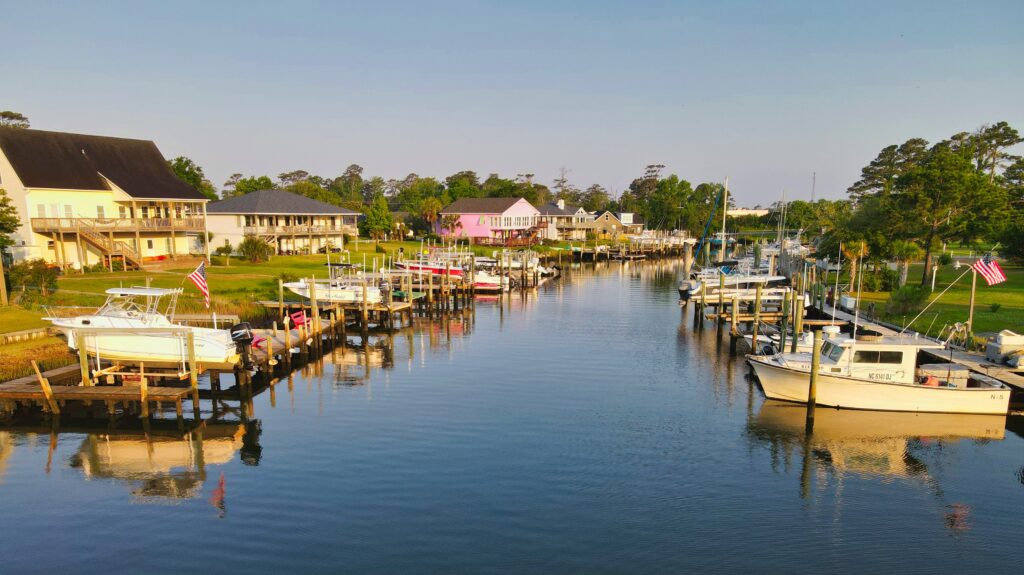 Morehead City, about 150 miles southeast of Raleigh, is known as a haven for boating, fishing and other water sports. It’s buffered from the Atlantic by Bogue Banks, a barrier island with golden, powdery beaches. 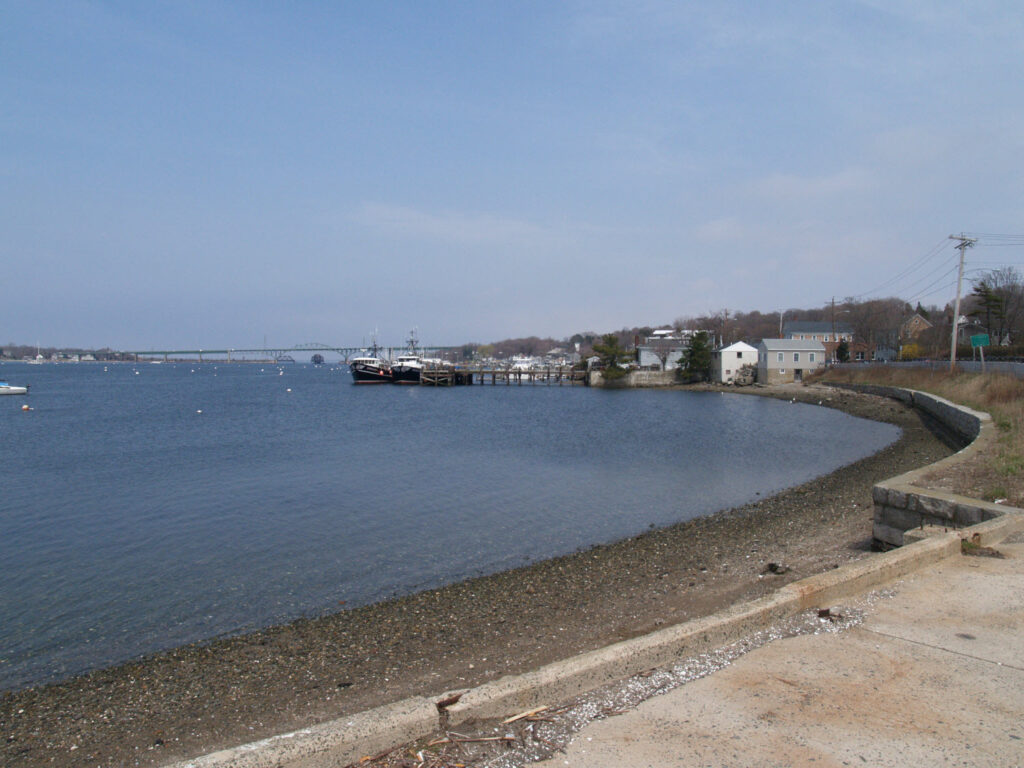 During the height of COVID-19 shutdowns, many new residents relocated to Tiverton with its open space and access to water within easy driving distance of larger cities, such as Newport and Boston, Realtor.com noted.

The town is also home to the Weetamoo Woods and Pardon Gray Preserve, which contains 750 acres of nature preserve with walking, horseback riding and biking trails throughout.

Homes run the gamut of prices, from fixer-uppers in the $200,000s to pristine multimillion-dollar estates on the water.