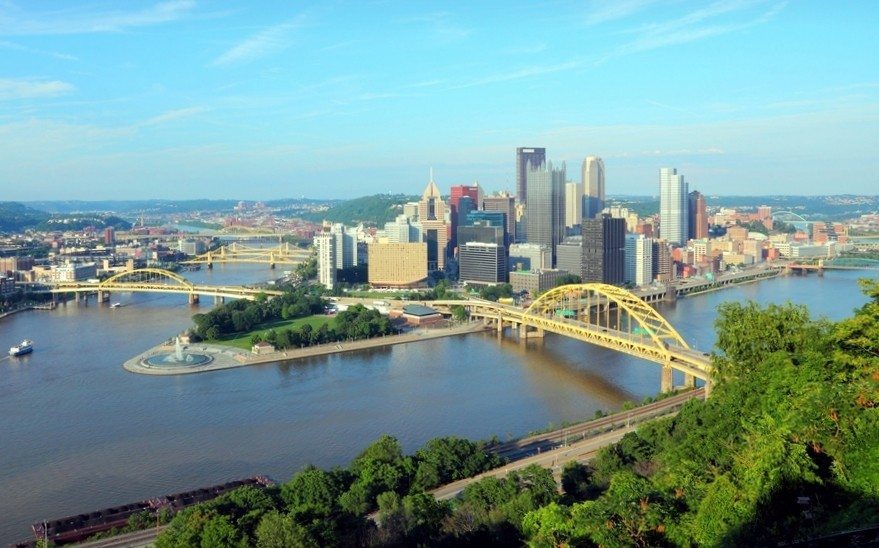 One of Pennsylvania’s biggest brokerages, Northwood Realty Services, has pulled about 2,700 listings from Zillow, citing concerns over the accuracy of Zillow’s automated valuations and with listing data displayed on the site.

Northwood Realty, whose more than 1,000 agents serve the metro Pittburgh market, western Pennsylvania and eastern Ohio, will continue to provide its listings to realtor.com, Trulia and other sites that the company doesn’t see as having the same accuracy issues as Zillow, CEO and President Tom Hosack said.

Before cutting off the flow of listings on Wednesday, Northwood Realty had provided a direct feed to Zillow for seven years, Hosack said.

Northwood Realty agents are still free to advertise listings they represent on Zillow, but will have to manually upload them to the portal themselves.

Zillow’s automated valuations, or “Zestimates,” were the main issue that led Northwood to pull its feed from Zillow, Hosack said. But the brokerage was also concerned about listings accuracy.

“While we embrace technology and promote it as a tool for our clients, it has become apparent that the level of inaccuracy on Zillow’s website is misleading, inaccurate and outdated,” Hosack wrote in an email to Northwood Realty agents explaining the decision. “Because they collect data from many resources, there are instances when listings appear to be available when they have, in fact, been sold and when information such as room count and size is incorrect.”

Zillow says it has procedures in place to deal with accuracy issues in listings, and that the portal captures more Web traffic than any other real estate site in Pittsburgh. Northwood’s decision means its seller clients will get less exposure for their homes, said Katie Curnutte, senior director of communications at Zillow.

“The real losers here are the homeowners who have retained Northwood agents to sell their homes, as well as Northwood agents themselves,” Curnutte said. “By pulling for-sale listings off the most popular real estate site and set of mobile apps in Pittsburgh, the brokerage is severely limiting the audience of potential homebuyers who are seeing these listings.”

Zillow, Trulia and realtor.com — real estate’s most popular websites — all serve up estimates of home values generated by automated valuation models (AVMs). But only Zillow publishes its estimates, known as “Zestimates,” with for-sale listings.

Zestimates show up just below a listing’s asking price, and sellers may object when they imply that a home is overpriced. Zillow has acknowledged that the accuracy of Zestimates can vary by market.

Hosack says Zestimates are particularly misleading in Northwood Realty’s core market of western Pennsylvania, because the MLS there doesn’t track or report square footage, one of the key home facts Zillow uses to build a Zestimate.

As the official consumer site of the National Association of Realtors, realtor.com gets a vast majority of its for-sale listings from direct feeds with more than 800 multiple listing services in markets across the U.S.

In many markets, this gives realtor.com a fresher and more complete inventory than Zillow and Trulia, which get listings from a variety of sources, including brokers, MLSs, syndication platforms and agents.

Though Zillow and Trulia share similar accuracy challenges, Hosack says Trulia has more accurate data in Northwood Realty’s market. Also, Hosack says the firm has found that correcting inaccurate listing info is easier and quicker for agents and their sellers on both realtor.com and Trulia than on Zillow.

“For a consumer or agent to update facts to an individual home, they simply need to create a free Zillow account and claim their home,” she said.

A handful of other brokerages have stopped syndicating their listings to Zillow, Trulia or realtor.com for reasons ranging from accuracy concerns, objections to the portals’ business models of providing “leads” to agents at competing brokerages, and a desire to grow the market share of their own websites.

Some firms like Edina Realty in the Minneapolis-St. Paul region and Memphis, Tennessee-based Crye-Leike Real Estate Services have shut off feeds to one or more of the portals where they have strong market share, making a play to become the dominant real estate site and brand in their area.

Others like Rochester, New York-based Nothnagle Realtors say accuracy concerns alone are enough for them to decide to stop syndicating their listings to Zillow and Trulia.

Pittsburgh-based Howard Hanna Real Estate Services, the fourth-largest brokerage in the U.S. and the No. 1 firm in Northwood Realty’s core market of Pittsburgh, and New York City-based Douglas Elliman Real Estate have gone the opposite direction, signing volume advertising deals with Zillow.

Hundreds of brokerages have also signed up to send Zillow and Trulia direct feeds under the firms’ respective broker programs, which give brokerages enhanced branding and more frequent data updates in exchange for their listings.

In a press release announcing its decision to cut its feed to Zillow, Northwood Realty said the decision had nothing to do with Zillow’s pending acquisition of Trulia, which is expected to close sometime in 2015 if it passes muster with antitrust regulators.

Zestimates a door to compromise

Hosack says that his firm will consider turning the listing feed to Zillow back on if the portal addresses the accuracy of its Zestimates by removing them, or taking steps to giving more clarity to consumers about their accuracy with the addition of a meter that shows how confident Zillow is in a particular estimate’s accuracy.

Zillow creates Zestimates with an algorithm that takes into account a home’s physical attributes, past sales prices, and the prices of recently sold comparable homes.

Zestimates helped put Zillow on the map when the site launched in 2006. Not only did Zillow let users browse tax records showing what their neighbors paid for their house, but it gave consumers a window into what those homes — and their own house — might be worth today.

Zestimates have also raised the hackles of sellers and real estate pros. Listing agents say a Zestimate that overestimates the value of a property can give sellers an inflated sense of what their homes are worth. A Zestimate that’s below a home’s market value can encourage buyers to make lowball offers.

“A Zestimate home valuation is Zillow’s estimated market value,” the site warns users. “It is not an appraisal. Use it as a starting point to determine a home’s value.”

When users click to “Learn more,” Zillow provides a deeper explanation of a Zestimate and suggests they use an agent or appraiser to get a more accurate price assessment for the home, and visit the house themselves.

Dave Tumpa, a Northwood Realty agent who advertises his listings on Zillow as a “Premier Agent,” said he hasn’t decided yet whether his brokerage’s decision to pull its listings from Zillow is a good thing or not.

He called it a bold move, and said he understands why the firm took action.

Tumpa, who currently has 16 active listings, will recommend that his sellers agree to have their homes listed for sale on Zillow.

For Tumpa, inaccurate Zestimates are “an opportunity for me to educate my clients and potential clients.”

Tumpa did say he has noticed that Zillow has altered home details on some of his listings that originally came from Northwood Realty’s feed. Sometimes Zillow will change the city or municipality for a listing in certain ZIP codes, a modification that is difficult to correct, he said.

Dan Kite, another Northwood Realty agent who’s also a Zillow advertiser, said he will continue to market his sellers’ homes on the portal.

“I agree with the concept (of Northwood Realty pulling its listings from Zillow),” Kite said, because Zillow’s inaccurate information makes agents look bad.

Editor’s note: This story has been updated to correct that Northwood Realty has pulled about 2,700 listings from Zillow. A previous version of the story incorrectly reported that the number of listings at 3,700, a total that included commercial listings represented by Northwood Realty but not syndicated to Zillow. 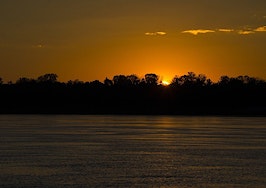 Douglas Elliman will pay to make all 9,000 of its listings 'featured' on Zillow
Back to top
Only 3 days left to register for Inman Connect Las Vegas before prices go up! Don't miss the premier event for real estate pros.Register Now ×
Limited Time Offer: Get 1 year of Inman Select for $199SUBSCRIBE×
Inmanpot
Log in
If you created your account with Google or Facebook
Don't have an account?
Create an Account
Forgot your password?
No Problem