Amber Taufen has been promoted to editor of Inman. Taufen built the Inman contributor editorial team from 18 outside expert contributors to almost 300 today, vastly expanding Inman’s editorial offering to its readers. 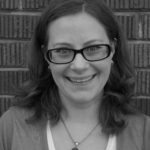 She has worked as a writer and editor for numerous consumer publications and trade associations. Taufen holds a bachelor’s degree in journalism and a master’s degree in magazine writing, both from the University of Missouri-Columbia.

“An experienced journalist and great editor, leader and innovator, Amber has already shown our readers what she can do,” said Publisher Brad Inman. “Now, she has taken on a much expanded role focusing all of the Inman editorial resources on our vision of raising the real estate industry’s IQ.”

“When selecting stories and writing them, we ask why is this important to you, the reader, and how will it make you successful,” Taufen said.

Why is this important to readers and how will it make you successful? 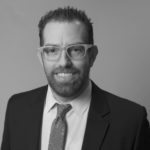 Morgan is a 15-year marketing veteran with a track record of helping early-stage companies grow. Most recently he led growth for startups Qualaroo, TrueVault and others. He is the co-author of “Startup Growth Engines: How Today’s Fastest Growing Companies Unlock Extraordinary Results” with Sean Ellis.

“Morgan built the Inman Select product, which doubled our active readers and overall traffic and has helped the industry better keep up with the massive changes it faces,” Inman said. “He is a tried-and-tested colleague who knows how to make things happen.”

Brown said, “Inman is the leading independent voice covering the real estate industry. Every month, a growing audience of professionals turn to Inman for the critical news, analysis and insights they rely on to be successful. Our goal is to raise the real estate IQ by expanding our reach and delivering on that promise.” 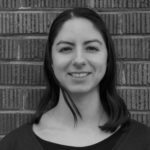 Brambila has been covering the real estate industry at Inman for more than five years. She has earned numerous awards from the National Association of Real Estate Editors (NAREE), including a Gold Award for Best Investigative Report and the Ruth Ryon Award for Best Entry By A Young Journalist.

She earned a master’s degree from the University of California, Berkeley Graduate School of Journalism in 2009.

“We are determined to deliver high-quality journalism to the industry,” Taufen said. 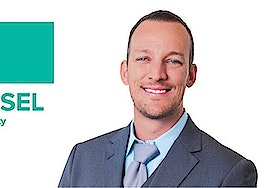 Kyle Whissel: 'We went from 82 deals to 242 deals in a year when I learned the importance of culture'

The week in industry hires and promotions: June 8-12
Back to top
Keep up-to-date on tools and tactics to impress your clients and outshine your competition with the 2022 virtual bundle.Register Now×
Agent Appreciation Sale: Inman Select for only $85.CLAIM OFFER×
Inmanpot
Log in
If you created your account with Google or Facebook
Don't have an account?
Create an Account
Forgot your password?
No Problem