Real estate disruption won’t look like a new app or an overhaul of the office in favor of Web-based transactions — it will look more like a puddle left by a melting glacier. Climate change will cause more disruption to real estate than any man-made technology.

Real estate disruption won’t look like a new app or an overhaul of the office in favor of Web-based transactions — it will look more like a puddle left by a melting glacier. Climate change will cause more disruption to real estate than any man-made technology.

Climate change will cause more disruption to real estate than any man-made technology.

Now we have services such as Uber that are impacting taxi cab drivers. Shortly before I sat down to write this, I saw a cab drive by the house. One day the metaphorical Uber driver might replace real estate agents but maybe not. We just need to make sure we add value as we ride around with homebuyers and let them into houses.

We need to make sure we add value as we ride around with homebuyers and show houses.

We don’t even talk about or prepare for what might be the biggest game-changer and largest disrupter of our time. It isn’t the Internet, the smartphone or apps — it’s climate change, formerly known as global warming.

How to deal with disruption

Sure, we can bury our heads in the sand, deny that the world is changing and just keep on with business as usual — but that isn’t going to stop climate change, and our businesses will change even if we don’t believe in climate change or disruption.

We can ignore the occasional stormy weather, floods, winds and snow storms that change travel plans, but as they become more and more frequent, they will disrupt our businesses and our lives, and they will force changes.

Water shortages, floods and fires will be a more prominent part of our lives as weather patterns change. We can wait until the change happens and then react, or we can prepare for it ahead of time. National and local governments are discussing climate change and exploring ways to prepare for it.

Some businesses will find opportunities because of climate change, and others will go the way of the dinosaur and become extinct. Our operations need to have some flexibility and be adaptable to changes that one, we didn’t ask for, and two, aren’t always good.

Our businesses need to have some flexibility and be able to adapt to changes.

The people part of the business

Those patterns might continue to shift, and that will impact real estate. Will people be migrating into your market or leaving it?

Will people be migrating into your market or leaving it?

Add the fact that our population is older than ever before — and, as we age, our housing needs change — and we can certainly expect more changes. They are starting already.

What if what some experts are saying is true, and there aren’t enough homebuyers who want to move to the suburbs to buy up the large houses that baby boomers built? That would have a tremendous impact on property values in the ‘burbs.

Household sizes are getting smaller in the U.S. That might have a bigger impact on housing and real estate than apps and the Internet combined.

Household sizes are getting smaller in the U.S.

Is it possible that Silicon Valley could flood because of melting glaciers and rising oceans, or will drought have a bigger impact? What would happen to real estate in and around Silicon Valley if technology companies moved away? What about Florida? Will Miami be flooded?

“Alaska is going to be the next Florida by the end of the century.” – Camilo Mora, a geography professor at the University of Hawaii

It makes sense that we work hard as an industry to avoid getting “Uberized” and disappearing like the travel agents did. But sometimes I think we are looking the wrong way as we watch for the next big thing that is going to change our industry and even the world.

What will you do?

How will your business survive and thrive in the next decade as the climate continues to change? Will your approach be “business as usual”?

When we talk about game-changers in the real estate industry, we also need to pay attention to the game itself — because it might be evolving in ways we haven’t even thought about yet.

Now would be a good time to start thinking.

So you want to be a real estate agent 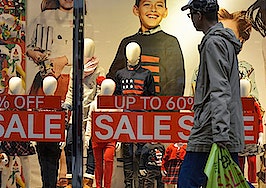 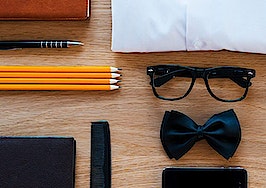 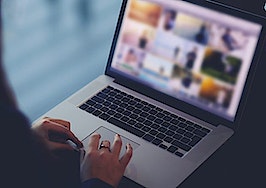 Real estate agents: Is now the time to blog?
Back to top
Only 3 days left to register for Inman Connect Las Vegas before prices go up! Don't miss the premier event for real estate pros.Register Now ×
Limited Time Offer: Get 1 year of Inman Select for $199SUBSCRIBE×
Inmanpot
Log in
If you created your account with Google or Facebook
Don't have an account?
Create an Account
Forgot your password?
No Problem