In a column last week, publisher Brad Inman laid out some serious truths about why “Inman is its readers.” While we’re here to keep you informed and spark conversation, there’s no doubt you all are a “snapshot of the wonderfully fragmented real estate world” and “the smartest people” in the business as he described.

Every day we get to hear your thoughts on the good, the rad and the downright infuriating. All discussion is good discussion (so long as we’re respectful) so watching the influx of comments as they roll in every day is a pleasure as it feeds the lifeblood of our organization. Here we’ve collected our top feedback for the week of Feb. 29 through March 4, in no particular order.

What about when buyers want to go back for another look — I think that’s always a good clue. I had a buyer who disliked the house on the first visit, but it was exactly what they had described they wanted, so I scheduled a second visit and they were not too happy when they pulled up but took a second look anyway and started to exhibit some of the 7 signs but still no, after a total of 5 (yes 5) visits they bought the house. Never give up!

I especially like the comment that “buyers can get in their own way …” I’ve seen this happen again and again then, after they insist on seeing more homes, the home they really want is gone.

Amazing what tools are available now! We get the same kinds of stories from our customers, especially those who serve military families. When one spouse is stateside and another is deployed overseas, a 3-D model or full walkthrough video can be a crucial tool for a successful house hunt.

When is the “Right time to Buy or Sell”

Most people make real estate decisions based on need. Questions like “what do I need now” and “how will this improve my quality of life” dictate many purchase and sale decisions. In many cases, the real estate climate plays only a small part in the decision.

An apartment may be too small, a new child is on the way, a recent marriage is making things crowded; these may all be reasons for that first purchase. Maybe the starter home is getting cramped and you need more space, a good reason to sell. A recent pay increase may create the opportunity to explore a larger home, selling and buying. A job transfer or a decision to retire may be a great reason to explore options elsewhere.

On a daily basis buyers and sellers make these decisions and come up with the right answer to the question — today is the best time for me to buy or sell. And as a reminder, a majority of sellers become buyers somewhere, making this all about money instead of quality of life seems to be silly!

These are great tips. However, as a noob broker (agent) in a smaller town in Oregon I find that many of these items on this list, as well as other lists which I have read, most things depend on actually having a client and having a name already in the business.

For instance, call 60 prospects each week … I WOULD LOVE TO. This to me is a no brainer. But how to get these 60 new peospects each week when getting in the door to a planner, lawyer, etc. Credibility. This does not come over night or easily. I feel that with time a noob will make these contacts but until that time we do what we can.

I would love to see something that is a bit more realistic to where noobs become successful and not so much a statistic of first year failures.

Drive, passion and integerity is the path to success in anything.

Here in Miami we have seen a lot of master bathrooms that feature a tub, a large shower with access from two sides, two toilets, two sinks and a bidet. We call it a his and her master bath. However, one developer wants to call that kind of master bath two full baths. What say you?

Actually, I’m going to vote for the strongest candidate that supports the middle class. I don’t know about all of you but a strong, diverse middle class is my bread and butter. More middle class peeps buy homes than do the 1%. Not enough one-percenters are out there to keep my business booming.

Treasure A. Faircloth · Commented on 4 habits that help you lose weight and win at real estate | Inman

Love this article — we all should keep it as out “bible” in real estate. Wonderful article to read while drinking your morning coffee.

Amy, I heard about this lawsuit when the story first broke, and I’ve been wondering as to what’s going on with the lawsuit. Thank you so much for keeping us in the loop, and I hope to hear about the other Zillow employee lawsuits, too! It is obvious this is not the happy workplace ZG would like to portray, and it is refreshing to see great spotlight reporting, thank you!

I arrive to open the property, meet the inspector and wait until the buyer and buyer agent arrives. If the buyers agent does not show up, I call them and there are times that they have no intention of showing up which I see as unacceptable.

If the buyers agent does not come to the inspection then I stay or have a team member stay during the inspection. When everyone does show up, I leave and I do come back at the end of the inspection to hopefully listen to the findings statement from the inspector.

Under no circumstances do I comment or make an opinion. I listen. I then make sure that the property is closed up and secured and that all parties have left. I have never had an issue with this process, and I see it as an important part of the inspection process and many times it has eliminated issues caused by inspectors and buyers as well.

Who are the wealth producers in the real estate world? Agents! So when any entity decides to “upgrade” the system to a higher level, who ends up footing the bill? Yes, there are ways to improve our system. Is it Upstream? I don’t know enough to say, yeah or nay yet, but I do know that NAR sucks up our dues and lets Zillow blow by them like a rice rocket passing a bicycle. And that is no gain for the Realtor — all loss. So, as Realtors a better way should always be sought, but before you jump on the bandwagon, make certain you know whether it is headed uphill or down.

It’s nice to know that Upstream will do what my MLS already does, but why would I want to pay for an extra layer between me and my MLS and for a feature that is nothing but a duplicate process?

I know Upstream has articulated that its single largest benefit will be that brokers will take back control of their listing data. I think this could have been done much easier at the MLS level. I have been a proponent of Upstream but am starting lean the other way.

I can now see Upstream ending up like RPR; the NAR started with a business idea that failed and turned it into a ‘member benefit’ at a monumental annual cost to operate where it uses approximately 20 percent of NAR dues to subsidize the 5 percent of the membership who use it.

And it offers no new or unique products yet spends $22.5 million of NAR money annually to offer tools that my local MLS offers me. (RPR would fail if they let agents who want their tools pay for access to them … that’s the simplest test of success or failure). Will Upstream go the same route? Will it just be another big expense for the NAR with little real benefit to agents?

Maybe some simple policy changes for Realtor-owned MLS’s would have achieved the same outcome without the ridiculous expense to build and operate this platform. The NAR does so many good things. I hope Upstream ends up one of them but I worry that it could be just another big waste of members money. 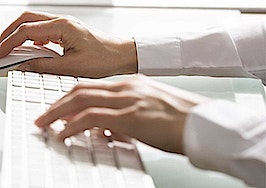 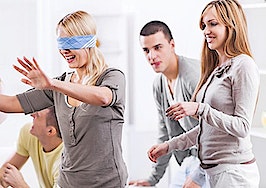 Upstream update: Your MLS add/edit tool may disappear
Back to top
Inman Connect Las Vegas Memorial Day sale – 44% off exclusively for Select subscribers!Register Now To Save×
Limited Time Offer: Get 1 year of Inman Select for $199SUBSCRIBE×
Inmanpot
Log in
If you created your account with Google or Facebook
Don't have an account?
Create an Account
Forgot your password?
No Problem