It’s enough for some new agents to sink their teeth into one real estate market. Stefan Winter is no ordinary new agent. The 28-year-old, who joined Keller Williams in Las Vegas late last year, recently opened his own business under the Keller Williams umbrella there, the Winter Group. He also plans to start building another team in Chicago — within Keller Williams Success Realty in Barrington — in the next month. 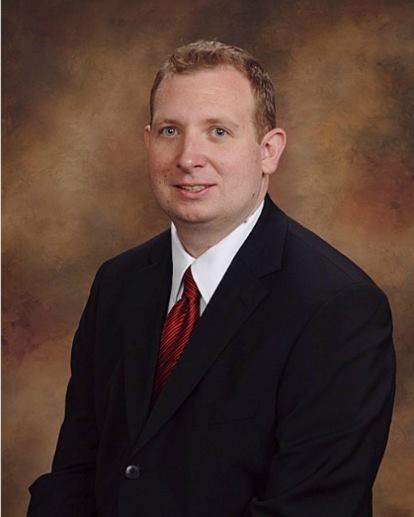 It’s enough for some new agents to sink their teeth into one real estate market. Stefan Winter is no ordinary new agent.

He also plans to start building another team in Chicago — within Keller Williams Success Realty in Barrington — in the next month.

To add to this, the entrepreneurial Winter is currently working on re-activating his 2013 Ohio license so he can put a team in place in a Columbus, Ohio, Keller Williams office.

And there’s more: He has his sights set on taking on New York City in late May, again with Keller Williams.

He stresses this ambitious multi-state plan is not being implemented as a Keller Williams expansion team — he’s doing it on his own, getting licensed in each state as he goes.

“I prefer to really build my brand and get licensed, have it go under my name,” he explained.

“This is all my marketing and entrepreneurial drive,” he added.

To top it off, in the fall, he is going to Dusseldorf, Germany — his hometown — to set up his own brokerage there. He’ll be doing this one by himself. Keller Williams has a presence in Germany, but Winter thinks that with his family contacts, he can do it unsupported. (Also, he doesn’t think Keller Williams is aware of quite how tricky a market it is.)

Winter’s not worried that his youth or the potential to become overstretched will work against him — especially because he is generating all his leads online in the U.S. and bringing in like-minded, entrepreneurial agents as he goes.

He has been been in the planning stages for some time. He first got his real estate license in Nevada in 2008 but then started his own marketing company in 2010, Winter Group Media, “after making no money at all in real estate from buying Zillow leads.”

The company helps businesses with online or social marketing as well as branding and full marketing.

An academy for lead generation and online marketing

Winter, a Google partner, decided it was time to teach other agents some of the things he had learned. In February, he launched an online academy for agents to “put lead generation back in their hands.”

“The main reason I started the KTREL (Key To Real Estate Leads) Academy is when I was buying leads, it did not work out well,” he explained. “Someone in my office, her web support company was charging her $150 a month to manage her Google ads. For me, that’s a waste of money. That’s my entire monthly budget for Google ads.

“Management fees just eat away at the bottom line, and you get better conversion doing ads yourself for your market,” he added.

“The academy teaches agents how to do every aspect of the business without paying fees to others. From Google and Facebook ads, to building a custom website on WordPress, as well as email and phone followup that works.”

Winter thinks agents should have their own websites.

“In a world where everyone is looking online, the 2 out of 10 agents that have a modern, customized site will get a phone call or inquiry, compared to the 8 out of 10 that have the same exact brokers’ website,” he said. “Plus you own the site, so all SEO goes to your brand, not your brokers.”

According to Winter, the academy is appealing to senior agents who have a lot of referral business but want to add new clients and are not that social media-savvy, as well as new agents who are spending a lot of money on lead generation and not having much success.

“Someone joined recently who is a successful producer, doing $19 million in deals last year. But he was spending about $7,000 a month on all these online places, and not a lot of that business was coming from there. He had an established database, so he’s looking at contacting them directly, taking matters into his own hands,” said Winter.

The agent vows he is making no false promises to his clients.

“Everybody out there selling anything online is promising the magic pill of lead generation — I let everybody know that I can’t sell them the magic pill. I can tell you what to do and how to do it, but you still need to put in the hard work.”

With the academy underway — Winter has 86 clients to date, including a Keller Williams BOLD coach — the agent is pursuing his ambitious expansion plan across the country and is doing it on his own terms, using everything he teaches.

It is early days. In Las Vegas, he has built up a team of four at Keller Williams’ Henderson office, The Marketplace.

“They referred everything out until April 1 when I started my team, and I’m really doing it under my name,” he said.

From February 1 til April 27, his online marketing for two postcodes in Las Vegas captured 712 leads, with a total ad spend of $433.49, as well as providing real contact information for 484 people and generating 57 meetings.

The Winter Group has signed 41 buyer’s brokerage agreements or listings, and the team is currently signing two to three listings a week, he said. 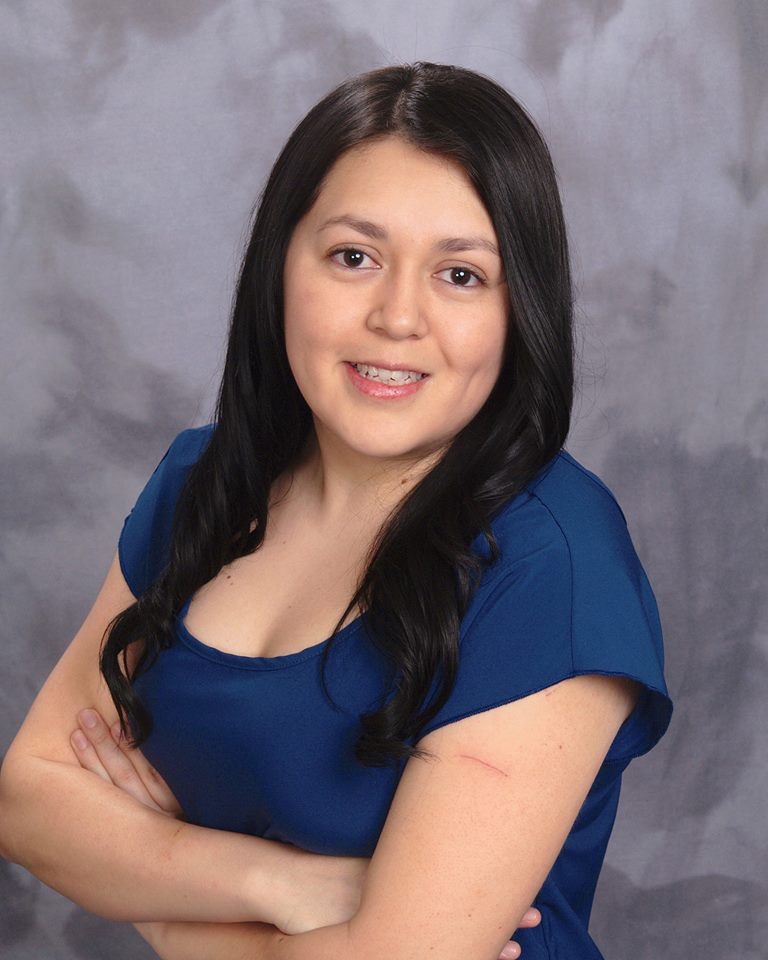 Of course, Winter is not doing it all alone. His business partner and girlfriend, Blanca Barajas Mendez, is splitting the work 50-50 with him, he said. She has just sat her real estate license in Nevada.

“I can be here in Chicago doing real estate, and she’s in Vegas checking on the team,” said Winter.

He has big plans for Chicago, where he is based at the moment to launch the new leg of his business.

Winter, who immigrated to the U.S. from Germany with his family in 1996, went to high school in Chicago.

“I’ll definitely do a mega-agent office in Chicago in the next year or so,” he said.

And New York will be fast on its heels.

Expansion to build the brand

“Going to New York, Chicago and Las Vegas, I am building a brand,” Winter said.

The expansion is all made possible through online lead generation, he added. “I don’t know anyone in these cities, all my business is online,” he said.

But the people on his teams are carefully chosen. “I like to hire people with an entrepreneurial spirit. You need that to make it past two years in real estate.

Stefan Winter: ‘I like to hire people with an entrepreneurial spirit.’

As an agent, you are looking to give exceptional customer service and to use technology for leverage, he added.

“I like to hire entrepreneurs because as long as everyone is growing as a company and they feel part of it, they are willing to put in the extra work,” he said.

Winter is leading by example.

“I am not afraid of the 18-hour days, seven days a week, which is what I am putting in right now,” he said. “I know the long-term payoff is worth it.”

The other reason he is going to new markets is to follow existing and potential clients.

“People often move from Chicago to New York; it’s a well-trodden path,” he said. “It is popular to invest in Las Vegas, too. These are the places that people move to. They are also cities that are great to built a brand around.”

Los Angeles is another likely market at some stage — and then that will be it in the U.S., he said.

As part of his online lead generation activity in these new markets, Winter is a strong believer in home valuation sites, and he promotes this marketing idea at the KTREL Academy.

“Home valuation sites are a great way to generate seller leads,” he said.

He uses mountainsedgehomevalues.com in Las Vegas.

“This is for leads that are three, six, nine months out from listing,” Winter explained. “It is not instant business. But it is the cheapest way I’ve found to build a database and business for long term success.”

And the follow-up starts right away.

“Most people that come from a home valuation site are several months out from listing, so if you build your brand and reputation with them through follow-up, a lot of times, you can help them find a house as well,” he said.

The only traffic he sends to the sites is from Facebook ads.

Perhaps the most ambitious of all his ambitious plans this year will be setting up in Germany, where homes stay in families’ hands for 40, 50 or 100 years at a time.

Some people rent their entire lives, so you need to have a rental part of your business, said Winter.

And there is no such thing as a centralized property listing system in Germany. But this doesn’t put Winter off.

It makes him think perhaps there is an opportunity to create an MLS product there. 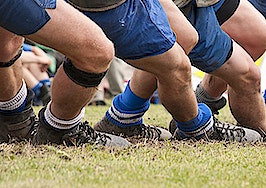 The inside scoop on expansion teams 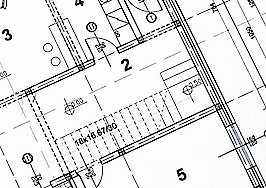 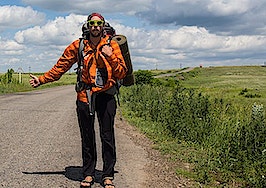 Growing a brokerage: 'What got you here won’t get you there'