“What’s the market like right now?” a lead texts an agent. “Well there is about 6 months of inventory today and a home like yours might stay on the market for around 30 days,” reads a lighting-fast response. Few agents have the bandwidth to handle queries like this so efficiently, particularly those involving calculations.

“What’s the market like right now?” a lead texts an agent.

“Well there is about 6 months of inventory today and a home like yours might stay on the market for around 30 days,” reads a lighting-fast response. 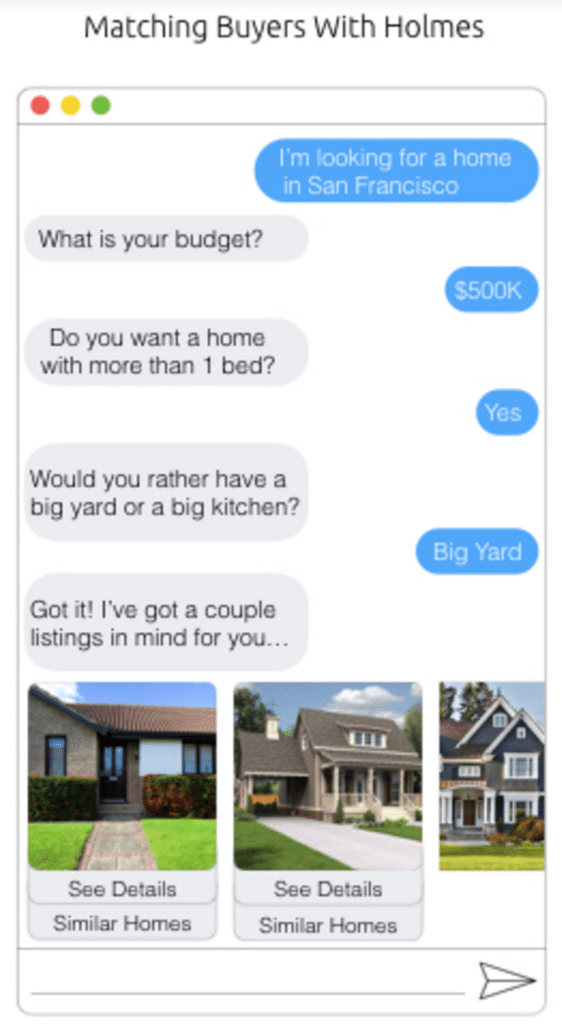 Few agents have the bandwidth to handle queries like this so efficiently, particularly those involving calculations.

But by plugging into natural-language algorithms, real estate databases and communication channels, the real estate bot Holmes can do the work for them, answering detailed questions like what schools serve a listing and what neighborhoods are good for bicyclists — lickety-split.

Holmes, which is slated for launch in early 2017, is one of the latest options for agents who want to outsource communications with leads, joining a growing number of text and call centers, such as Riley and Lead Connect 365.

But while most lead-nurturing services are operated by humans, Holmes is entirely automated.

The bot can not only qualify leads before handing them off to an agent, but also answer some sophisticated questions — some of which agents would never be able to answer as quickly as the bot. 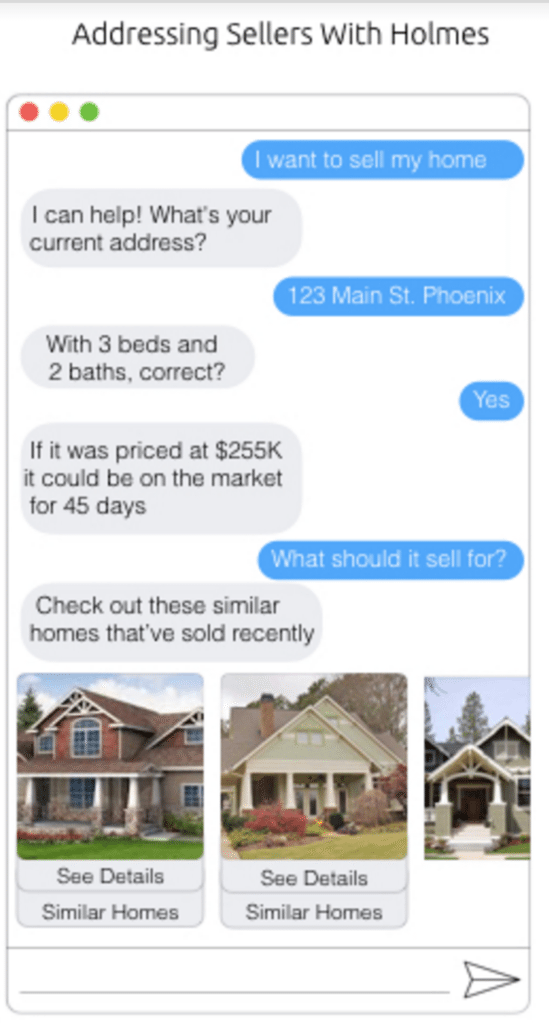 Holmes is learning when to turn conversations over to agents by using partner agents to tag points in sample conversations when they think they would like to take the reins from Holmes — such as when a lead requests a showing or appointment.

Agents can also track communications in real time between Holmes and leads and manually take over a conversation whenever they like. Requests from leads who figure out they’re talking to a bot and ask to speak to an agent also are routed to an agent.

For example, Holmes can ask leads about their budget, whether they want more than one bedroom, whether they’d rather have a big yard or kitchen — and then instantly send listings that fit the bill.

Listings sent by the bot via all communication channels besides text are represented by listing photos with clickable tabs that read “See Details” and “Similar Homes,” providing visual engagement that agents likely wouldn’t spend the time to create.

If Holmes is answering a query about a neighborhood, such as, “I’m looking for an area that’s good for cycling,” the bot sends an image along with clickable “See Details,” “See Homes Here” and “Similar Areas” tabs.

Holmes can even tell leads what schools serve a specific listing and then automatically schedule a showing for that listing on an agent’s behalf.

By constantly analyzing and comparing conversation outcomes, Holmes will steadily improve its performance. So although a human assistant might seem like a better bet than Holmes, any performance gap should shrink over time. 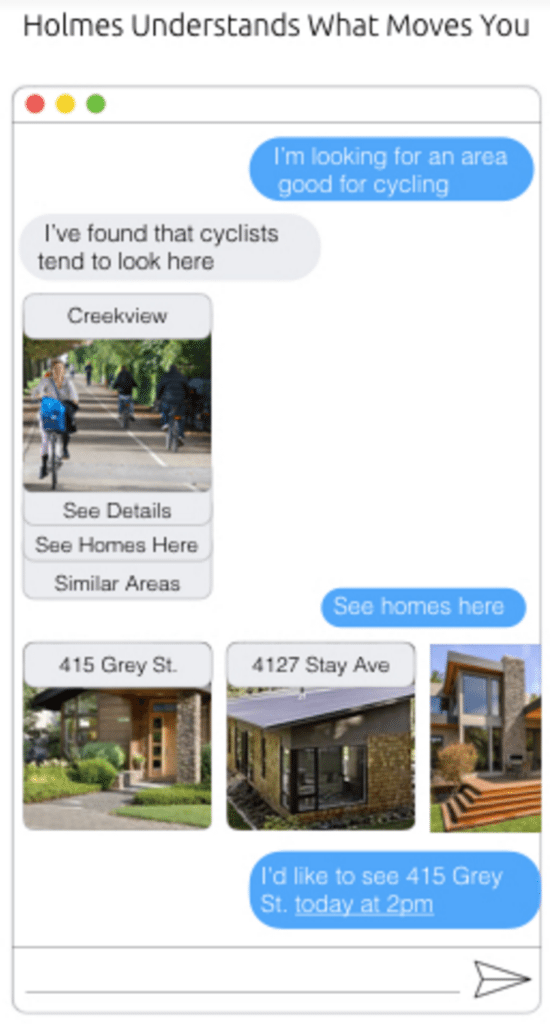 One challenge facing assistants without real estate licenses — along with the agents and brokers that use such assistants — are state laws that can tightly restrict how assistants can interact with prospective buyers and sellers.

For example, unlicensed real estate assistants operating in New York State are prohibited from explaining or interpreting “information on listings, contracts or other information relating to a transaction,” Anthony Gatto, director of legal services at the New York State Association of Realtors (NYSAR), has previously told Inman.

Such regulations raise a question that may need to be addressed in the future: Is a bot beholden to laws designed to regulate humans?

This question may become particularly thorny when applied to fair housing laws, which some observers say are already undermined by existing listing search tools.

For now, Holmes will shun questions from leads that, in a real-life conversation between a prospective client and agent, might put the agent at risk of flirting with fair housing laws.

While Holmes could easily handle a request like, “Find me a home in a neighborhood with people of the same race as me,” the bot will answer with: “I am not able to answer this question. We have notified your real estate agent who can clarify your question.”

Structurely plans to begin piloting Holmes with brokerages soon, and is open to partnering firms in a range of markets. 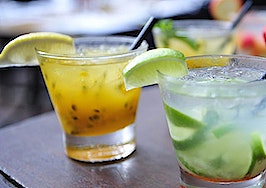 Should you serve alcohol at an open house? 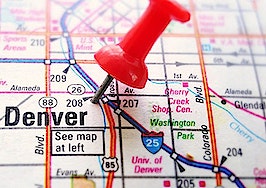 Can humans beat bots at home search? A broker's perspective