If you are one of those real estate agents who thinks big picture and looks for inspiration in any media possible, such as books, podcasts, blogs, Hallmark cards and quotes, consider adding “Office Hours with Spencer Rascoff” to your playlist.

Yes, that’s Spencer Rascoff, CEO of Zillow Group, author of a New York Times best-seller and one of the most powerful CEOs under 40, according to Fortune and Forbes.

Each episode will feature a leader in his or her own right who will discuss leadership, company culture and how to handle change.

“Whenever I’m in a room with other CEOs and entrepreneurs, the conversation always leads to a discussion about company culture, the most effective ways to communicate with our employees, and how we tackle tough decisions,” Rascoff said in a press release.

“I often come away from these conversations with fascinating new insights that I want to share with others, and launching ‘Office Hours’ on iTunes Podcasts will allow me to do just that.”

The podcast debuted Tuesday, June 21, with former Twitter CEO Dick Costolo — who, this writer can say from personally hearing him speak, has some interesting thoughts on the global market, global communication and growth leadership.

The inaugural show is about 18 minutes long, and you can catch it on iTunes.

Check out “Office Hours with Spencer Rascoff” on iTunes.

6 tips for pitching your listing to real estate reality TV 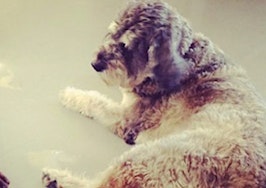 Zillow shoots for the millennial market with Snaphouse