SAN FRANCISCO — Mae Cheng, Katherine Holland and Bill Brown sat down with Jeff Lobb to discuss virtual reality at Inman Connect San Francisco — but the conversation ultimately went in the direction on the importance of content.

Cheng is the editor and publisher of Mansion Global, an online portal connecting affluent buyers from around the globe with luxury properties.

Holland is a Realtor and associate broker with Zephyr Real Estate in San Francisco.

Brown is the CEO of Matterport, an “immersive media company” pioneering 3D technology and virtual reality in the real estate sector, among other industries.

Video will be the catalyst for selling homes in the future

How did these three individuals land on the Inman Connect stage together? Content distribution and engagement.

Cheng prefaced the entire discussion by admitting that she was “probably the least tech-savvy person on the panel.” Cheng’s insight into the value of digital content and how it attracts new clients to properties provided the end result of Holland’s and Brown’s work.

Is virtual reality the future or the present?

Brown’s insight into the future of virtual and augmented reality — without revealing his own personal secrets and visions — was that it’s currently connecting two generations. He cited PokemonGo and its viral craze.

“The fact is, you’ve got two generations of people who’ve grown up on video games, and what PokemonGo shows me is that they are completely comfortable interacting with technology,” Brown said. “You have the ability to take advantage of some of these advanced technologies that are really easy to use. You’ve got an audience that is ready, willing and able to let you take advantage of those technologies.”

Virtual reality lets you walk up stairs without walking up stairs

Brown brought a headset — perhaps an Oculus Rift, though it was never mentioned — on stage with him, which prompted Lobb to ask the question: “Is the handset going to change, though?”

Brown thinks there will always be an accessory, but it could change over time. He does think that it will change dramatically over the next three to five years.

How video changes the way we engage with real estate

Holland is an award-winning video producer. Real estate videos produced by her team garnered over 73,000 views last year. Although she doesn’t actually film and edit her videos, she does oversee the shot sheets and final products.

“In a city of 4,000 Realtors, how do I differentiate myself?” she asked. She thought the best route was through video.

Holland went to the local San Francisco State University and asked for film students. She hired a student with a master’s in film. Because San Francisco’s properties are only on the market for “seven to 10 days,” the turnaround time is crucial.

“We can’t wait for a week for a video to be in production. We have to get it on right away,” she said.

Cheng echoed this sentiment, but also said the videos on her Mansion Global site are the portal through which international buyers enter the luxury U.S. real estate market.

“We have a huge global reach for the distribution of our content,” Cheng said. “Currently, about 60 to 70 percent of our audience comes from outside the United States.”

Mansion Global has partnered with Matterport to utilize the virtual reality platform for some of the stories published on the website. 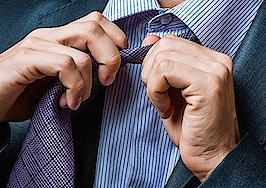 Top producers who are killing it 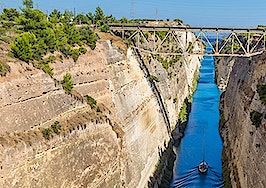 Ads, funnels and targeting: How to improve your Facebook ROI
Back to top
Only 3 days left to register for Inman Connect Las Vegas before prices go up! Don't miss the premier event for real estate pros.Register Now ×
Limited Time Offer: Get 1 year of Inman Select for $199SUBSCRIBE×
Inmanpot
Log in
If you created your account with Google or Facebook
Don't have an account?
Create an Account
Forgot your password?
No Problem