baranq/Shutterstock
by Teke Wiggin
Share this article
You successfully shared the article.
Close

Agents at Real who recruit another agent to the brokerage can now receive a dollar-for-dollar match of the commission split that Real collects from the recruited agent for one year. The incentive pays out in a manner that’s easier to grasp than Keller Williams’ profit share, according to Real CEO Tamir Poleg.

One engine driving the rapid growth of Keller Williams has been the franchisor’s “profit share” program, which offers ongoing financial rewards to agents for recruiting other agents to the firm.

Now Real, a fast-growing virtual brokerage that revolves around a mobile app, has put its own spin on the concept. The company is unveiling an agent referral program that pays out in a manner that’s easier to grasp than Keller Williams’, according to Real CEO Tamir Poleg.

Agents at Real who recruit an agent to the brokerage can now receive a dollar-for-dollar match of the commission split that Real collects from the recruited agent for one year.

Real normally collects 15 percent of every gross commission earned by one of its agents, while the agent keeps 85 percent.

But if the agent who earns a commission has been recruited by another Real agent, Real will divide the 15 percent split evenly between itself and the agent who recruited the other agent: Real keeps only 7.5 percent while the recruiting agent gets the remaining 7.5 percent.

The program is designed to boost Real’s already-considerable momentum. Launched just last year, Real has raised $7.2 million in funding and boasts 650 agents, with 100 having signed up in July alone, according to Real spokeswoman Catherine Toor.

Real doesn’t provide office space to agents. Some of the firm’s force haven’t even met their brokers.

The brokerage’s business model revolves around a dynamic app that agents are supposed to use to manage their business, communicate with their clients and supervisor, and exchange tips and advice with other agents at Real.

Poleg previously told Inman that he envisions some people looking at Real’s business model, and thinking “I’m able to get a real estate license, and with a little bit of mentoring using that tool — real estate is made easy.”

“Most of our agents have been referring their friends without asking for anything,” Poleg told Inman in a recent interview. “But right now, we’re about to incentivize and also reward them for their actions.”

Similar to Keller Williams profit share? Yes and no

He also notes that that Real’s recruitment scheme is easier to understand than Keller Williams’ and doesn’t only pay out if an agent’s brokerage is profitable.

To determine the portion of an agent’s commission to be shared under Keller Williams profit share program, the income a Keller Williams brokerage collects from each agent’s gross commission (known as the “Company Dollar”) is multiplied by a factor based on the brokerage’s level of profitability.

“It has so many variables, and I think that ours is much more straightforward,” Poleg said.

Beyond the level of math required to calculate income disbursement, another key difference between the referral programs is that recruiting agents for Real only receive income based on the recruited agent’s performance for one year.

Keller Williams’s recruiting agents receive a slice of commission earned by the agents they recruit as long as the recruited agent stays at Keller Williams, even after they’ve retired or switched brokerages.

eXp is another virtual brokerage — it also lacks brick-and-mortar offices for agents — that’s dangled recruitment rewards to help grow its agent count, which doubled in the last year to more than 1,500, according to eXp Realty CEO Glenn Sanford.

Like Keller Williams’ brokerages, eXp distributes a portion of the split it collects from every agent’s gross commission to up to seven agents.

Sponsors can earn income off agents they recruit as long as both the recruiting agent and recruited agent remain at eXp Realty.

You’re probably not going to hear that from agents at Real if you ask them why they haven’t created a website for themselves.

That’s because Real agents can set up agent-branded websites with just a few taps on their company app. Real claims the process takes 20 seconds.

Each agent website is a subdomain of joinreal.com: “joinreal.com” followed by the agent’s name.

To set up the websites, agents can click the “my profile” tab in their Real app, select “my website,” choose a theme and color scheme, approve or edit their pre-populated contact information, type in a site title and then click “done.”

The sites can deliver leads, via contact forms, to the CRM tool of the agent’s app with accompanying notifications.

Agents can keep track of how often their websites are viewed by using Google Analytics, a website traffic-analysis tool that links with the sites. 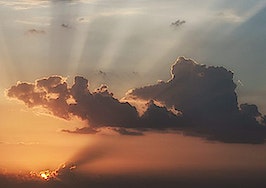 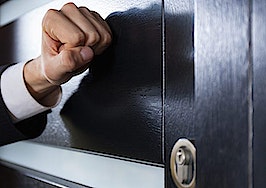