Many historians cite guerrilla warfare as a significant contributor to Spain and England’s ultimate victory over France.

Nowadays, the word guerrilla has been adapted to another kind of battlefield: the fight for consumers’ attention and wallets.

Entrepreneur magazine defines guerrilla marketing (a term first coined by Jay Levinson in 1983) as a low-budget way for entrepreneurs or small businesses to attain “the conventional goals of profits, sales and growth by unconventional means.”

There are a number of ways agents and brokerages can successfully use guerrilla marketing.

Harness the power of humor and authenticity

In January, Indianapolis-based agent Terry Waggoner made waves (of laughter) with his “Don’t Be Weak” open house video.

The video features a semi-frozen Waggoner standing in front of several of his listings, snow piled in the background. It drew 160,000 views on Facebook alone.

More importantly, Waggoner saw his listing volume double in just five months as he continued to market himself with humorous, off-the-cuff videos.

Lee Arnold, president and broker at Benchmark Property Management in San Marcos, California, also believes in the power of just being himself. He sends quick, personalized voicemails or video messages to wish current and prospective clients a happy birthday.

“I have gotten more responses about how cool it is than any time I have written a generic ‘Happy Birthday!’ on the person’s [Facebook] wall,” he said.

Use popular tools in unconventional ways

Social media itself used to be a guerrilla marketing tool, but its use has become so widespread that purists might say it no longer qualifies. There is still ample room to use it in unconventional ways, though.

While Arnold believes there’s a time and a place for polished, professional video, he also uses live and unedited Facebook videos to engage potential clients.

He believes that this approach builds trust — a key step for practitioners who want to walk clients through one of the biggest, most emotional decisions of their lives.

“I try to be as transparent as possible…I show them how I have succeeded and failed,” he says.

The difference between her brokerage’s tactics and standard cold calls? Targeting.

The brokerage waits until the start of the spring busy season, when potential sellers are more likely to be receptive. Then, once they list a home in a neighborhood, they spend two weeks calling the surrounding homeowners to see if anyone else is ready to sell.

“Guerrilla marketing is intense and is meant to make the agent top-of-mind quickly,” Freeman said.

Don’t just use it for listings

It’s easy to think of real estate marketing being exclusively about listings, especially at the guerrilla level. But Austin-based Kevin P. Scanlan, broker/owner at All City Real Estate, proves otherwise.

He uses guerrilla marketing for recruiting. Each week, he sends a video email to 40,000 agents in Houston, Dallas/Forth Worth, Austin, San Antonio and College Station.

About 75 percent of the videos are recruiting-oriented, and the rest focus on news and other useful information. The tactic has turned his brokerage into one of the fastest-growing in Texas.

Founded just two years ago, All City has already grown from two agents (Scanlan and his business partner) to more than 160.

“Even people who don’t join us keep up with the videos. I’ll be at an industry event, and someone will walk by me and say, ‘Hey, you’re the video guy!’ These videos are highly effective,” he said.

Waggoner, the “Don’t Be Weak” agent, understands this method, too. His videos have helped him build a personal brand based on his engaging personality.

“It’s a good way for people to see who you really are. It’s an opportunity to further my brand,” he told Inman back in June.

The best thing about guerrilla marketing? There’s no one way to do it. Just jump in and be as innovative as you can be.

There’s no significant financial investment required, so you can afford to try different tactics until you find one that works. After all, there’s only growth to gain. 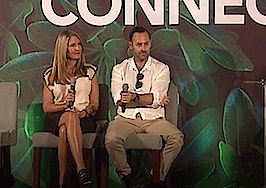 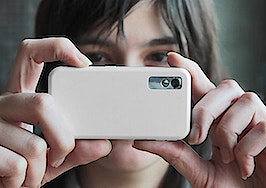 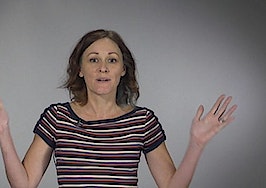 Would you rather door-knock or cold call in real estate? 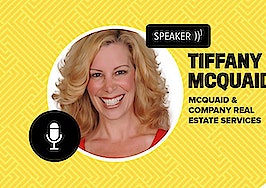 How to create an unforgettable open house experience