Sometimes the biggest changes in life happen so gradually, so gracefully, that you don’t even notice them until something jolts you into taking a big-picture view of the situation.

The advent of cell phones was like that a couple of decades ago: they went from being a luxury for wealthy businesspeople to being so commonplace that people took them for granted. Overnight, the pay phone became an endangered species…and for a few years now they’ve even been replacing the ubiquitous “home phone.”

I had another jolt a couple of weeks back when my wife brought me the 2013 HP laptop that I’d given her and said, “Tim, my computer is kind of slow — can you fix it?”

I spent some time, took a look, and found the culprit: no file-system cleanup, drive-optimization or anything resembling computer maintenance since I gave it to her a couple of years ago.

Sitting in front of her computer, it slowly dawned on me that having a computer isn’t a good fit for her.

She’s not technical, but she uses Microsoft Office, Facebook and tons of messaging apps that she’s familiar with from her iPhone.

I decided the best way to help her was to move her to an 12.9-inch iPad Pro with a keyboard attachment, and after a bit of hunting I was able to pick one up for Christmas on eBay for $600 (refurbished, in mint-condition).

I’d considered this idea a few times in the past, but there was always that nagging thought: “She needs this or that program — she can’t do X, Y or Z on a tablet.”

There’s been enough change over the last couple of years, however, that the pendulum has swung fully in favor of tablets as a viable alternative to desktop and laptop computers — and for real estate professionals, the mobility and lack of tech-savvy required make them an ideal choice.

When I sat down to move my wife’s files and documents over from her laptop to the iPad, here are the things that really jumped out at me. Honestly, I was quite surprised — this is evidence of the slow, gradual change that I mentioned earlier.

First: The machine itself is amazing. The iPad Pro weighs almost nothing, has a laptop-sized screen, and twice the resolution of a Windows laptop thanks to Apple’s high-DPI “Retina” technology.

You don’t have to buy Apple — I hear that Samsung makes a Galaxy Tab Pro with a 12-inch high-resolution screen, so there are options — but the point is that modern tablets are lighter, have better battery life and are much more mobile friendly than a traditional laptop.

Second: Zero learning curve. You’ve already got an Apple or Android smartphone, right? The tablet is the same thing.

If you subscribe to Microsoft Office 365, you can install Office on it for $10 a month, and voila — you’re all set.

I also recommend installing Microsoft OneDrive so that you can keep all your documents in the cloud — that saves storage space on your device and makes them all accessible anywhere, but you can use Google Docs and Google Drive as an alternative to this.

Third: Communications capabilities. Both Mac and Windows have made great strides recently to improve their ability as communications platforms, but if you’re upgrading from a machine that’s a couple of years old, keep in mind that tablets use an operating system that was developed primarily for communications.

So the iPad Pro has Facetime, iMessage, Mail and then all of my wife’s must-have social apps, such as Facebook, Messenger, Snapchat and so on.

Fourth: Low maintenance. Again, if you have an iPhone or Android phone you already know what kind of maintenance is required. Every couple of months you get a notification that an “update is available,” you click “install,” and that’s it.

No more antivirus, drive optimization, malware, spyware or any of the other junk that comes with having a “traditional” PC. No more loud whizzing of a fan trying to cool down the machine while it runs, or bulky charging pack with three-prong power plugs. It just works — and it just works well.

Will it work for you?

Before you bolt off to the Apple store to buy an iPad Pro, stop for a minute and give some real thought to what you use your desktop or laptop PC for. Do you want to transition?

If your machine seems slow, you don’t really know how to use it very well, or you just feel stuck sitting in front of a computer when you really should be out meeting and greeting people, then maybe it is a good idea to change to a tablet.

On the other hand, if you have Windows-specific needs, such as typing all day long or a “must have” legacy application that only runs on Windows, you might want to stay put.

Instead of a 10-pound laptop, my wife now has a sleek iPad that she can use all her must-have software on.

Obviously, she also has the ability to easily sort and organize her photos, print out any documents she needs to, review PDF files and so on. Anything she needed to be before on her laptop is now easily accomplished on the iPad, for a total price that cost half of what a new Windows laptop would cost.

Now, keep in mind that the iPad Pro is less than 18 months old still — and the “modern smartphone” is less than a decade old.

I believe that we’ve already reached the tipping point where most real estate agents can reasonably switch to an iPad, but even if your specific needs aren’t completely met yet, the technology continues to advance rapidly enough that I’m confident your needs will be served in the next couple of years at the latest.

As a 20-year veteran of the IT industry, I’m completely blown away that tablets have reached this level of sophistication so rapidly. I’d expected it would take a few more years to reach this point — but based on my experience, I’d urge you to give serious thought to switching to a tablet the next time you feel like your laptop or desktop PC isn’t performing up to par.

Tim Ventura is a digital marketing and technology professional with 20 years of executive, managerial, and technical experience. He proudly serves real estate professionals in an executive role at Tim & Julie Harris Real Estate Coaching. To learn more about his experience, visit his online profile. 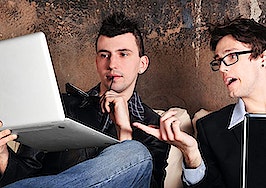 How social media videos are changing the face of real estate 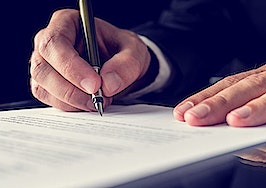