This week my guest is Nick Waldner, real estate agent and team leader of The Waldner Winters Team of Keller Williams Realty.

Waldner is a native of suburban Maryland and a graduate of Salisbury University. He dabbled in commercial real estate before joining his mother, Diane Winters, who was a long-time solo agent.

After Winters and Waldner teamed up, he began to build out his team pretty quickly. He started with a couple of assistants and later started hiring buyer and listing agents.

Now he has a team of about a dozen people. Their production in the past three years has gone from $14 million to $30 million to $53 million to a projected $90 million for 2016 — and hopefully $200 million within the next two years.

One of the keys to Waldner’s growth has been his focus on education and coaching. He’s a great visionary and “ideas” guy, but he’s admittedly not the best implementer — his operations manager handles that for him.

A crucial part of their operation is that Waldner is able to visit masterminding groups and to work with business coaches to come up with awesome ideas. Then his team implements them. This has been one of the big factors in their huge growth in the past few years.

Waldner was offered spots on a couple of television shows — one about flipping houses, which he wasn’t interested in, and one about his team, which he thought was too dramatized. He turned both down, but then he was offered a spot on a show about waterfront homes, and he decided to do that one.

Waldner traveled around the country showing families waterfront homes as the premise for the show, which had a successful first season. The producers asked him to come back for a second season for double the salary of the first season.

After a lot of thinking, as well as planning and working with his business coach, he turned down the offer to do the second season.

He decided that it wasn’t congruent with his business or life. He had just gotten engaged and would have been gone the majority of the time up until the wedding — 26 out of 30 days of the month, for a nine-month run.

Waldner has a lot to say in the world of planning, coaching and executing a game plan — bigger-picture type stuff that you don’t often hear from real estate agents, but that you do hear from people at the top of the food chain. People in the world of real estate, in addition to entrepreneurs, can learn a lot from this visionary businessman. 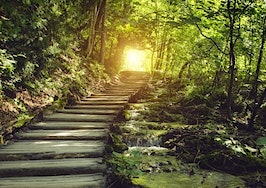 How to grow your rental property portfolio from 1 to 20 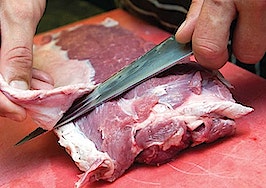 Why you should close fewer deals at a higher profit 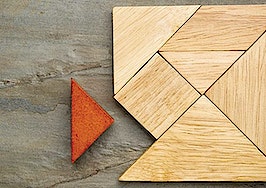 How one wholesale investor found an alternative to rehabbing