Strong real estate markets coupled with an inventory shortage have always generated strong flipping activity. But while your buyers may be “oohing and aahing” over that recently refurbished property, it’s your job as their agent to make sure their dream home doesn’t turn into a nightmare.

But while your buyers may be “oohing and aahing” over that recently refurbished property, it’s your job as their agent to make sure their dream home doesn’t turn into a nightmare.

There’s an old English colloquialism that references “buying a pig in a poke.” This means that something is sold or bought without the buyer knowing its true nature or value, especially when the buyer purchased the item without thoroughly inspecting it beforehand.

This is exactly what happens to buyers when they find themselves in a multiple-offer situation, and they waive the physical inspection to increase their odds of getting the house.

As I wrote in my column last week, there is also considerable risk for first-time buyers, who may be taken in by how great the house looks cosmetically without considering the condition of the systems within the home.

This is exactly what happened to the millennial owner of a vacation house we recently rented.

He had just closed on the property two months earlier, and we were his first guests. Although the house was his personal residence, he had decided to rent it out to capitalize on all the people in town for baseball spring training.

Troubles on the horizon

The first thing I noticed as I walked into the back bedrooms was a very strong odor. The brand-new paint job didn’t disguise the distinct smell of mold.

Given how dry Phoenix is, this was completely unexpected. Because the smell was limited to one part of the house, my guess was that the front bathroom was the source. That also means that there is probably mold in the air conditioning system, as well.

As I showered the next morning, my initial suspicions were confirmed. I noticed there were black flakes falling into the tub. A few minutes later, a six-inch piece of the flagstone on the wall fell into the tub.

As I looked more closely at the shower enclosure, it was obvious that other pieces had fallen off, too. I’ve never seen flagstone inside a shower before — it was lovely, but if it’s not sealed (as in this case), water can penetrate it and cause serious damage.

Along with low water pressure, there was also a considerable buildup in the shower fixture.

My brother’s house had a similar problem that resulted in having to replace all the horizontal and vertical pipes in his house. Given the age of this home, there’s a good chance that this repair will be required sooner rather than later.

The floors that appeared to be hardwood were laminated. They were already pitted and scratched in multiple places. Unlike hardwood (which can be refinished), damaged laminated floors generally must be replaced.

There was also an area directly above the kitchen sink where the tile-covered wall was bulging out — a red flag for a potential structural issue.

How to keep your buyers from making a costly mistake

Could this young homeowner have avoided these issues? A competent inspector would have certainly called out the odor and suggested a mold inspection.

I would also expect that the inspector would have noted the low water pressure, the gunk build-up in the shower fixture, as well as the bow in the kitchen wall as issues that needed further evaluation.

I can only speculate as to what happened in this buyer’s case, but here are three tips to protect your buyers from making a similar mistake.

If your buyers are in a multiple-offer situation and insist on waiving the inspection, urge them to conduct an inspection prior to closing — even if it’s not a contingency.

If they are unwilling to do so, have them sign an amendment (this must be drawn up by your legal department) that states that the buyers are purchasing the property without a physical inspection against the advice of their broker.

Furthermore, they are releasing the agents and the brokerage from any liability due to their decision not to inspect the property.

The same is true for geological inspections.

2. Checking for permits and other issues

In the past, pulling permits and checking to see if a property has experienced a fire or other major insurance claim, or had other issues, has been difficult at best.

If you spot what may be a potential problem, remember to never diagnose the problem; instead, point out any potential red flags you observe and encourage your buyers to have the issue evaluated by the appropriate inspector.

Furthermore, if the property is a flip or a recent remodel, be on high alert for problems lurking beneath that fresh coat of paint.

Pointing out potential issues in a property could possibly cost you a deal; that cost is minor compared to what your buyer could face if he or she buys “a pig in a poke.” 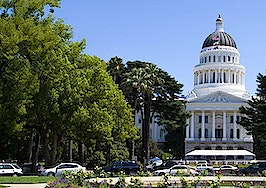 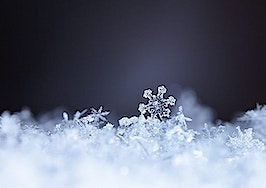