While studying politics at San Diego State University, Stephen Udoff intended to go into city council work. But by the time he turned 21, he had officially caught the real estate bug. The purchase of his first investment property along with interning for a real estate firm did the trick. 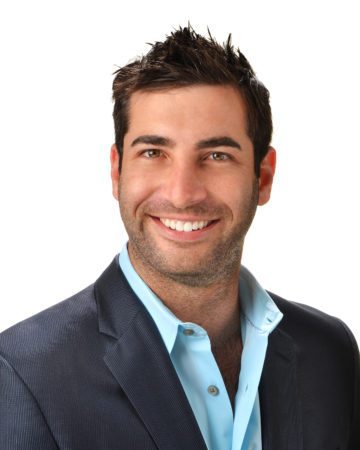 But by the time he turned 21, he had officially caught the real estate bug. The purchase of his first investment property along with interning for a real estate firm did the trick.

Little did he know that politics would still feature in his future. Next month, as a director on the California Association of Realtors (C.A.R.) executive committee, the 29-year-old and his colleagues are heading to Sacramento to talk to legislators about industry issues, such as homeownership rights and housing affordability.

The president-elect of the Malibu Association of Realtors, the youngest to ever serve in this position, Udoff is an associate partner at Partners Trust Malibu. His client base straddles an interesting mix of wealthy buyers and sellers and people his own age who he knows from college and school. Many are getting ready to buy their first time.

Helping his friends find homes adds to his conversations with legislators and C.A.R. executive committee members, where other directors may not be so close to the topic in their own lives.

“Understanding that some of my peers are struggling with their dreams of owning a home, helps motivate me to work with my colleagues at C.A.R. to try to identify solutions,” he said.

Udoff’s first brokerage was Pritchett-Rapf Real Estate in Malibu, where he learned from mentor Jeff Chertow. From there he joined the Trust Partners Malibu office in December 2014.

It was starting out in Malibu as a “23-year-old kid,” trying to compete against seasoned industry veterans who seemed to know everybody, that he began volunteering at the Malibu Association of Realtors, helping with Adopt-a-Highway among other initiatives, and volunteering in the community. Udoff coached local soccer for five year olds along with Little League.

“In any neighborhood, if you are a voice or a name consistently being seen in the community, people recognize that,” he said.

The agent explains why he got involved in his local association early on: “I didn’t treat it as a job but as a career, with professionalism. It’s about first impressions and getting involved in the community.”

How did a 29 year old get on the executive committee?

Given his efforts and involvement, it’s understandable, perhaps, that Udoff has risen up at the Malibu Association of Realtors over the years.

But how did he come to be a director on the C.A.R. executive committee, which has 16 — mainly senior — industry members?

C.A.R. president, Geoff McIntosh, said he put Udoff ‘s name forward himself because he thought he had good potential. He’d seen him in action as a panelist at the Strategic Planning and Thought Leadership Conference, and he liked Udoff’s demeanor.

“We are constantly looking for new talent to replace ourselves,” said McIntosh, who said he keeps an eye on C.A.R.’s Young Professional Network for talent. “We wanted several directors that might bring in new thoughts.”

McIntosh noted that the committee wanted to reflect the diversity of the association membership and public it serves in its own lineup.

“Stephen wants to give back and is concerned about the professionalism of the industry and the nuts and bolts of how things work,” McIntosh said. “We have a large legislative presence; we’re interested in issues like housing affordability, and Stephen shares these concerns.”

McIntosh thinks he could learn from Udoff’s can-do attitude toward social media.

“For any millennial agent, we started real estate at a unique time in social media. You really can say we were the first graduate class of Facebook, Instagram and Snapchat; we know how to use it very well,” Udoff added.

One thing he makes sure of is to change his strategy on on a regular basis; that’s a must, according to Udoff. Whereas his social media activity had been about branding, for the last few months his focus has shifted to lead generation.

Getting leads online has gotten a lot easier through Facebook and Instagram, as people become used to giving out their name to someone they have seen on there multiple times, he added. Consumers’ demands are changing, too.

“Now clients are asking: ‘Are you going to do video with drones?’ Five years ago, you’d never have had that question,” Udoff said.

He spends money on advertising his website and current listings in Malibu. But his doesn’t limit his marketing to LA, choosing instead to target the top 30 most affluent ZIP codes in the U.S. — in Palo Alto, California; San Francisco and Miami, for instance — because “buyers from all over are coming to Malibu.”

With a recent listing that sold for $15.85 million, the seller was from Texas. Udoff snagged a Utah buyer by marketing the listing near airports and in airport magazines — the seller had a private jet, a detail that Udoff’s targeting strategy mirrored.

Udoff, as membership chair at the Malibu Association of Realtors, likes to share what he knows with new agents and friends thinking of starting real estate careers. He believes it’s important to bring more millennial agents into the industry, another reason why he is useful on the executive committee.

“When I first got into real estate at 22, there were very few friends then that were getting into real estate,” Udoff said. “Because it was commission-based, it was scary, they thought.”

In the last couple of years, he’s gotten more calls from friends in their late 20s and early 30s, thinking about getting their licenses.

He tells any new agent coming in that the main key is learning and educating yourself. He advises agent hopefuls to do open houses and know the inventory.

At the Malibu office, which closed $2.5 billion in sales volume in 2016, Udoff educates his peers about how to communicate through text, using Instagram stories to show properties, and how he gets his message out.

Udoff’s manager and mentor at Partners Trust, Sarah Kosasky, said he regularly takes the caravan of new agents out to teach them about the new listings.

While he’s young in age, he’s not in experience, she said.

At C.A.R. he brings the “voice of the millennial” to the executive committee, said Kosasky.

As the chair of about five committees at the Malibu Association of Realtors, Udoff encourages new agents to get involved with their local associations as one of their first steps.

“In every local association, they could always use more help — in YPN events, charity events and increasing membership. And you never know where it’ll lead,” Udoff said.

How the past drives Udoff’s future

The millennial agent is currently renting, though has bought and sold a number of properties over the years and plans to continue doing so. His parents remodeled houses when he was growing up and he has dabbled in that sphere.

With a strong competitive spirit, Udoff is already having a good year, expecting to do more than $20 million of deals over 2017. The better established he is, the more exponential business he gets, he says.

Udoff lost his mom at 16, but she continues to be a presence in his life. “I always attribute a lot of my success to my mom,” Udoff said. “She was very hard on me, she wanted perfection.”

Trying to prove your best to someone who is not around is not always easy but it has made him who he is today, he thinks.

And as for his side career in coaching sports, Udoff has retired — but he’s saving that particular talent and energy for when he has kids of his own. 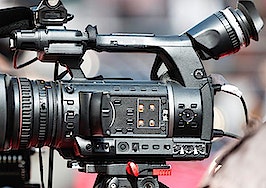 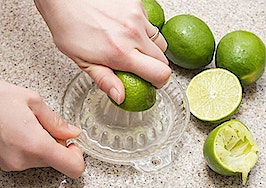 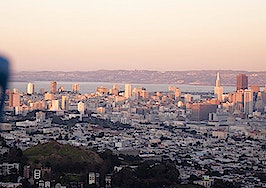