The company’s revenue grew 32 percent year-over-year in 2016, to a record $245.8 million, beating its own revenue forecast and prompting the company to raise its revenue expectations for all of 2017 to between $1.05 billion and $1.065 billion.

Most of the company’s first quarter revenue came from Premier Agent advertisers. That program pulled in $175.3 million in Q1, up from $134.5 million in the first quarter of 2016 — a 30 percent jump. 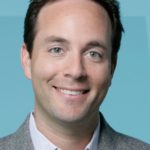 “Zillow Group’s strong first quarter performance across the board was a tremendous start to 2017,” said Zillow Group CEO Spencer Rascoff in a statement.

“We beat our own expectations and surpassed last year’s seasonal annual traffic peak by reaching an all-time high of unique users in March. We are thrilled with our first quarter results, which demonstrate that as consumers become more engaged, real estate agents and brokerages become more successful on our platform.”

An earnings conference shed further light on the real estate giant’s current state of affairs and plans for 2017, including several creative advertising campaigns, a continued focus on real estate’s top producers and growing its Premier Agent program. In addition, the company brought up the Consumer Financial Protection Bureau’s (CFPB’s) current evaluation of its co-marketing program, which Zillow Group said could possibly result in legal action from the CFPB.

The company ended the quarter with nearly 3,000 employees and about $560 million in cash and investments.

In an earnings call today, Rascoff laid out the company’s strategic priorities, starting with growing its audience size and increasing consumer engagement with its products.

He noted that traffic to Zillow Group brands’ mobile apps and websites rose 7 percent year over year in the first quarter to more than 166 million average monthly unique users, reaching an all-time high of nearly 180 million unique users in March.

The company told investors last year that it would no longer report agent advertiser count in 2017 because it considered the metric misleading given that many of its “Premier Agents” are likely agent teams. So, instead, the company will now report quarterly visits as a key metric. The company counted 1.5 billion visits to its apps and websites in the first quarter, up 18 percent year over year.

“The visits metric helps us evaluate our progress of increasing engagement with our audience. While the total number of unique users will always be important, internally we are increasingly focused on engagement,” Rascoff said.

“We know that users who visit frequently have a greater intent to buy, sell or rent a home. And transaction-ready visitors mean more high-quality leads to our agent advertisers.”

In a separate filing with the Securities and Exchange Commission today, Zillow Group disclosed two years worth of historical visits data (for all eight quarters of 2015 and 2016).

In order to grow its audience, Zillow Group expects to spend more on advertising this year than last year, particularly in the second quarter when homebuyers will be out in force.

“Together, these campaigns are driving home shoppers and renters to our outstanding mobile and web products, which help them find and connect with Premier Agents,” Rascoff said.

“We continue to benefit tremendously from our advertising’s effectiveness and the scale of our brand portfolio.”

In order to boost consumer engagement, the company has launched several features over the past few months, including email alerts that offer home recommendations based on users’ past activity à la Netflix, the company said.

“Looking ahead at the market opportunities in front of us, advertising in residential real estate, including New York City, rentals, new construction and mortgages remains massive in the billions of dollars,” Rascoff said.

“Our Premier Agent advertising program attracts elite professional agents who can build their businesses on our platform, which uniquely combines advertising to consumers with business management tools and software,” Rascoff said.

“These top performing agents know how to grow their business faster, convert leads at a higher rate and earn more commission than others.”

Premier Agent revenue per visit increased 10 percent to $0.114 in the first quarter from $0.104 in the same period last year, which the company attributed in part to its new auction-based pricing platform, which was rolled out nationally at the end of last year.

“Early indications show that healthy marketplace dynamics are beginning to take hold as our advertisers become more familiar with how impressions are priced in real time across their markets,” Rascoff said.

“In our 20 most important markets, we saw a significant increase in participation, which led to a 10 percent increase in revenue independent of traffic growth.”

Many agents are also shifting their behavior in that they are dedicating some of their advertising spend to less competitive ZIP codes where they may be able to get a higher return on investment (ROI) at a lower cost per impression, according to Rascoff.

“One way to think about this is that top performing agents are increasing their spend in high demand markets to maintain their competitive advantage, while other entrepreneurial agents are jumping on the opportunity to grow their business and brand by budgeting ad spend to neighboring ZIP codes where the cost per impression may be lower,” he said.

“Ultimately, this results in more agents increasing their advertising spend with us over time.”

Of total Premier Agent bookings for the first quarter, 63 percent were sales to existing Premier Agents, according to Zillow Group. Total sales to Premier Agents who have been customers for more than one year rose 54 percent year-over-year in Q1.

At the same time, the number of Premier Agent accounts spending more than $5,000 per month grew by 98 percent year-over-year and increased 86 percent on a total dollar basis, the company said.

“One of the impacts of market-based pricing is that it’s harder for a hobbyist, a part-time agent or a hobby agent, to succeed with Zillow Group,” Rascoff said, noting that this was “good” because the company wants to continue to increase the professionalism of agents exposed to consumers on its websites.

The only revenue stream for RealEstate.com, Zillow Group’s newly re-launched listing site catering to millennials, will be the Premier Agent program, according to Rascoff. 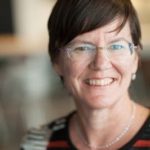 Perhaps recognizing that questions had arisen in regards to whether Zillow Group is in the crosshairs of the CFPB because of its co-marketing program, Zillow Group Chief Financial Officer Kathleen Philips addressed the issue in today’s earnings call.

“Over the past two years, the Consumer Financial Protection Bureau, or CFPB, has been reviewing our program for compliance with the Real Estate Settlement Procedures Act, or RESPA, which is a regulation designed to protect consumers,” Philips said.

“Zillow Group was founded, and operates on, a philosophy that the consumer comes first in all of our decisions. We also believe that RESPA is an important law designed to protect consumers and, among other things, promote transparency in the home buying process.

“Recently, the CFPB requested additional information and documents from us as part of their evaluation, which we are working with them on. We believe our co-marketing program has, and continues to, allow agents and lenders to comply with the law while using our product.”

In today’s quarterly earnings filing with the SEC, the company said it had received a “Civil Investigative Demand” from the CFPB in April related to its March response to a February “Notice and Opportunity to Respond and Advise” (NORA) letter.

“The NORA letter notified us that the CFPB’s Office of Enforcement is considering whether to recommend that the CFPB take legal action against us, alleging that we violated Section 8 of the Real Estate Settlement Procedures Act (RESPA) and Section 1036 of the Consumer Financial Protection Act,” the company said.

“This notice stems from an inquiry that commenced in 2015 when we received and responded to an initial Civil Investigative Demand from the CFPB containing a broad request for information.

“Should the CFPB commence an action against us, it may seek restitution, civil monetary penalties, injunctive relief or other corrective action. We cannot provide assurance that the CFPB will not ultimately commence a legal action against us in this matter, nor are we able to predict the likely outcome of the investigation into this matter.”

Zillow Group doesn’t know how long it will take the CFPB to digest the information provided by Zillow Group or what next steps could be, Phillips said.

“We really don’t have a sense of how long this will take to resolve,” she said.

She said the co-marketing program accounted for “a small portion” of Premier Agent revenue and of Zillow Group’s overall revenue, but declined to specify further.

When asked whether Zillow Group had noticed agents or lenders pulling back from the program, Philips said, “We have haven’t observed anything specific. [Agents and lenders] are intent on complying and pay close attention to their behavior, monitoring themselves.” 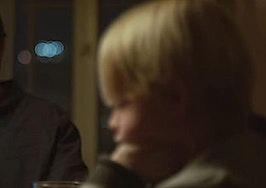 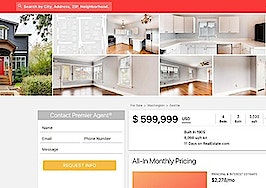