Long-term rates have snapped up from the post-election low only two weeks ago. The U.S. 10-year Treasury from 2.14 percent to 2.39 percent, mortgages following. Add 1.80 percent to the 10-year and get close to the rate for 30-fixed mortgages with no points — up from 3.875 percent to 4.125 percent. There is no sign of upward explosion, but if global economic trends continue, we are likely to rise to 4.50 percent by year-end. 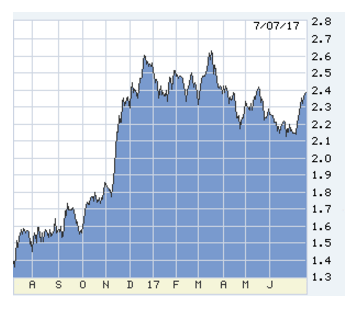 The US 10-year T-note, pushed up by global yields and the Fed’s plans. Not a flicker of war-fear, flight-to-quality rally after the NK missile launch.

U.S. data this week were quite strong, all flash reports from June: an outsize gain in new jobs, prior months revised up; and the twin ISM indices pink-happy above forecasts, manufacturing up to 57.8, service-sector 57.4. Still no ramp upward in wages or inflation.

Perhaps more important than U.S. data: Global numbers show a synchronized up-trend, including trade. Bi-lateral trade is the one sure way to create wealth among all partners, and some weak patches are behind us. The principal up-driver of long-term rates has been the German 10-year, rising in anticipation of an ECB taper in bond-buying. German 10s in two weeks have jumped from 0.248 percent to 0.576 percent, not coincidentally the same quarter-point rise as US 10s. 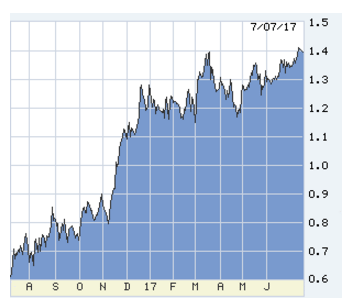 The US 2-year T-note is plainly preparing for the next Fed hike, probably in December.

Sidebar: I don’t pretend to know anything about stocks, just IOUs. However, the consensus that U.S. stocks are overbought may have one hole: Traditional measures of stock value are relative to the U.S. economy. But in a globalizing world, some 60 percent of U.S. stock market earnings from overseas, increasing trade and external health will support U.S. stocks despite weird numbers in old-fashioned metrics. Thus do not hope for bad news there either, to help bonds.

The Fed is on such a sound and prudent track that it’s not creating volatility in anything. Given U.S. growth rising to maybe 2.5 percent annually, of course the Fed should raise the cost of money from an emergency low. And given the absence of wage acceleration or inflation, of course it has no reason to hustle. And if the whole world is short of highest-quality and liquid sovereign debt to use as collateral, and bank, pension, and insurance reserves, of course the Fed should bleed off some of its balance sheet. 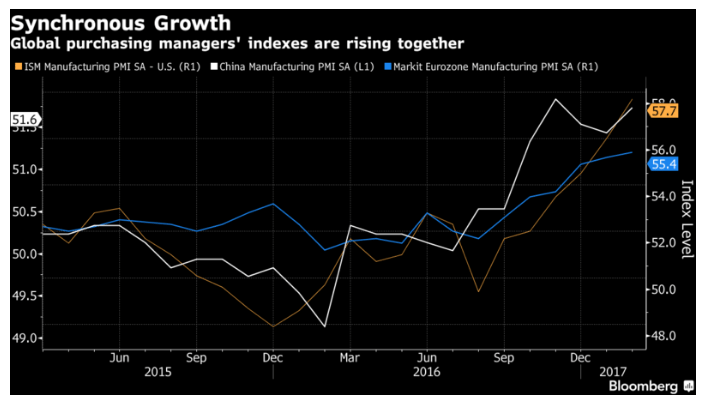 Cribbed from Bloomberg with thanks.

Fed policy by Obviousman! is frustrating to the second-guessing industry, but don’t be misled by the conspiracy theories. For awhile, the Fed gets to walk toward normality patiently and peacefully with wide safety shoulders on each side.

Ahem. A frantic voice from the back of the room. “No bad news?!? How could you!? We’re about to go to war with North Korea!!” And some others yelling at each other about that bad or great man in the White House either doing bad things or not allowed to do good things. 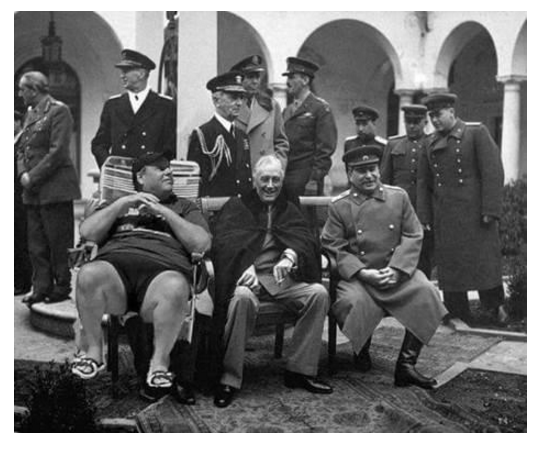 Secretary of Defense Jim Mattis yesterday told us all we need to know about the North Korea threat. Referring to their latest missile launch, “I do not believe this capability in itself brings us closer to war.” He told us at perhaps three levels. First and most important, the administration’s security team does not have an itchy trigger finger, and won’t allow anyone at the top to develop one.

Second, the farther NK nuclearizes its blackmail strategy, the more NK will be caught in the same trap as all other nuclear powers: no matter how many nukes you have, you can’t use ‘em, and everybody knows. And nukes and missiles are hellishly expensive to keep around. We can argue that some crazies are nuclear non-deterrable suiciders, but NK’s 65-year effort has been an unnecessarily elaborate means to off itself. Their whole deal has been to perpetuate the regime, and huff and puff for money.

Third, the NK deal is, of course, really about China. Conflict with a rising China is inevitable, but a big difference between jostling for position, and war. China has reason to flex its new power, and we are fortunate that it is thus far not acting on justifiable grudges toward Japan and the West. China takes the longest view of any nation, and it shows no urgency to create collisions.

War is not the worry now, but trade and leadership are concerning. Mr. Trump at the G-20 meetings has offered a variety of tossed-word salads, half-incomprehensible or pursuing domestic spats, while other leaders visibly work around him.

We don’t feel hazard in markets because trade is such a slow-roller, but “America First” and the thumb-in-eye foreign policy are actively counter-productive.

Instantly on the heels of U.S. withdrawal from trade negotiations and threats to cancel or renegotiate old deals, other nations have filled in to make their own. But, even if that pattern persists for another three years, the U.S. economy is such an enormous global presence and so necessary to soak up the exports of others that harm will be transient. No help to bonds here, either.