“Do you think of yourself as a fiduciary with your clients?” Brad Inman posted this seemingly innocent question on the Inman Coast to Coast Facebook Page.

Repeat after me: “Real estate is local.” And so it goes in the context of this thing we call a fiduciary. Although it would be great if there were one uniform law of the land to give us a simple definition, no such luck.

So when Brad Inman asked “Do you think of yourself as a fiduciary with your clients?” — a seemingly innocent question to the Inman Coast to Coast Facebook group — it’s no surprise there were 100-plus viewpoints as polarized as our national political aisle.

A fair number of responders were certain they were a fiduciary, and others referenced their state law in both yes and no answers.

Greg Fox wondered how many real estate agents think they are a fiduciary and yet have no idea what that means. There might be something to that.

So what does being a fiduciary mean, why are there so many perspectives on this, and do consumers understand and care?

Each state determines whether, to what extent and under what circumstances a real estate agent is a fiduciary to the public — and there are significant differences from state to state.

It’s not practical to explain each state law here because most of you would probably doze off before you finished reading, but it’s clear that there are hundreds of thousands of real estate licensees in the U.S. who are not true fiduciaries in some or all elements of their business.

But they may still have one or more of the duties that come with being a fiduciary.

First, a quick civics mini-refresher. The common law is the body of laws that have been developed by the courts over many years of legal decisions.

Under the common law of agency in most states, an agent (someone who has been appointed by a principal to represent him or her) is deemed to be a fiduciary to their principal, which status is defined by the highest level of trust and care that the law can impose and carries certain (drumroll please) fiduciary duties.

According to the National Association of Realtors, these duties generally include loyalty, confidentiality, disclosure, obedience, reasonable care and diligence and accounting.

Probably no big surprises so far. So then, aren’t all real estate agents a fiduciary to their clients under common law and owe these fiduciary duties?

In the early ’90s when buyer agency and dual agency started to take root, many states started to adopt laws dealing with the role of real estate agents and the public.

Some of these laws took the form of agency disclosures that required licensees to inform the public whether they were an agent and to whom.

Today, nearly every state has some form of agency disclosure requirement.

Many states went further and created new roles for real estate licensees and duties that went along with those roles.

New terms like “facilitator” and “transaction broker” (hint: you won’t find these roles in the common law of agency) were created. Making matters more confusing, some states used similar terms but defined them differently.

For example, a non-agent “facilitator” might have the same meaning as “transaction broker” in another state, and in yet another state, that same term means disclosed dual agent.

The term “limited agent” in some states might mean an agent with a non-fiduciary role to their client while in other states it means disclosed dual agent.

And just imagine if you are a buyer or seller moving from one state to another and having to deal with these roles as a consumer.  Yikes!

With all of these newly created roles, there were also newly defined duties designed to balance the protection of the public but also to limit the exposure of licensees to the high standard and vagaries of common law fiduciary duties.

From this patchwork of individual state laws comes the simple fact that licensees in states that have adopted their own statutory agency laws (meaning something more than just agency disclosure) are likely not a fiduciary to their clients or at least to some of their clients depending on the role they play.

To be sure, the states that developed their own version of agency still impose on agents certain statutory agency duties similar to fiduciary duties.

But just because a state law may require a agent to, for example, not disclose confidential information of their client, having that duty does not make one a fiduciary.

Does it matter today?

Does it really matter whether real estate agents are fiduciaries? Does the public understand what it means? Do they care?

The answers to those questions and others are worthy of another article. But let’s prime the pump.

Does a national company such as Redfin, which charges a “less than usual” listing fee to sellers and may have multiple employees touch a listing, market itself as a fiduciary?

Do its clients think of it in that fashion? The “Sell Your Home” page on the Redfin website provides what appears to be great value propositions, however, none call out this fiduciary thing.

Based on its Net Promotor Scores, Redfin has pretty happy clients, many of who might raise an eyebrow if asked whether they thought that Redfin was their fiduciary.

How about more traditional brokerage firms whose agents charge full boat? Certainly they would call out the client benefits of having a fiduciary on their side. Or maybe not?

Maybe the public has such a high level of understanding the agent’s role that calling it out would be patronizing?

How about licensees who take up OfferPad’s new “Agent on Demand” program? These licensees can meet a prospective buyer at an OfferPad-owned home, open a door, write a deal and collect a quick 1 percent.

Do these buyers expect the on-demand “Uber-esque” licensee to be their trusted fiduciary or merely a friendly facilitator to get a deal done?

Is this type of relationship and transaction different than the one where a hard-working agent spends weeks if not months working with first-time buyers to educate them on all things real estate and make sure their first home purchase is both stress-free (OK, maybe just less stressful) and has a happy ending?

Is it not worth more in the consumers’ eyes? If so, how does that extra value get measured and more importantly, get paid.

For now, we’ll leave those questions for another day.

What should you do?

You will learn something new, I guarantee it.

You will also get a hint as to whether your state has created its own version of real estate agency (which means that at least in some context you may not be a fiduciary) or if your state still follows common law (in which case you are likely a fiduciary).

If you are still not sure, call your state Realtor association legal hotline and ask if your state has created unique statutes that govern an agent’s role and duties and where you can find them.

Cuddle up with your favorite pet and a strong cup of coffee — and read.

Russ Cofano has more than 25 years of executive-level experience in real estate brokerage, technology, association, MLS and law. You can find him on LinkedIn.

The Inman Files: Homeselling's like a '60s skateboard -- slow and about to change 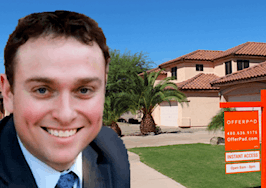