By this time next year real estate agents should be able to snap images of a property with their iPhone and send them to Zillow for free 3-D tour creation and listing display — all through a mobile app, Zillow revealed today.

By this time next year, real estate agents should be able to snap images of a property with their iPhone and send them to Zillow, which will turn them into a 3-D tour and listing display — all through a mobile app, Zillow revealed today.

The company just announced the details of its Zillow Group Home Capture App, which requires 360-degree panoramic photos of each room. Agent or seller users upload the images to Zillow through the app, where a team will stitch them together into a 3-D tour — which Zillow is calling “3D Homes.” A few hours after that, they’ll become available Zillow or Trulia websites and mobile apps (Trulia is a Zillow Group subsidiary).

An example of a Zillow ‘3D Homes’ tour

A group of real estate agents and photographers in Scottsdale, Arizona, are currently testing the app. Zillow said it will be available nationwide in the second half of 2018.

“We’re democratizing access to this technology, and making it free for agents and sellers,” said Jeremy Wacksmen, Zillow Group chief marketing officer. “We’ve created a 3-D experience that is simple and cost-effective so agents and sellers can adopt it easily.” The initial release will only be available on iOS. Zillow declined to share information on Android development.

The images will also be available for the brokerage and are not downloadable. Zillow believes a 3,000 square foot home would take a user roughly 30 minutes to document.

Home browsers will be able to open up the 3-D tour by clicking the cube icon on the main listing photo.

Some real estate agents don’t think 3-D home tours are worth the time or effort, but the technology is looking to be more than just a fleeting fad.

The app is just the latest in a hastily forming line of new home tour technology offerings. Matterport, launched in 2011, secured itself early in real estate with room-scanning virtual reality cameras at a price point of $4,500. Since then, the company has joined forces with Redfin and realtor.com in providing VR tours for listings on mobile platforms. Matterport has since lowered the price of the camera, and offers rental options with various price tiers for image processing and cloud-based hosting.

GeoCV, a New York-based virtual tour company started in 2014, announced its version of mobile VR home tours earlier this year, but even it was limited to just one phone option, the Lenovo Phab 2 Pro.

Zillow’s foray into this technology is expected, to say the least. According to the 2017 Zillow Group Housing Trends Report, over 70 percent of first-time homebuyers are millennials. This demographic also considers 3-D tours to be equally as important as open houses. Other data shows that nearly 50 percent of home searches are from out of state.

“Rich media, like these new 3D Homes, will help buyers and renters more easily visualize themselves living in the home, no matter how far away they happened to be,” Wacksmen said. “Photos have always been vital to the home search process and now 3-D tours can give buyers and renters a realistic understanding of what it would be like to live in the home.” 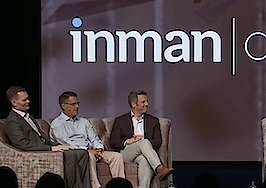 How exactly does the instant offer model work?