Photo by Muhd Asyraaf on Unsplash

It’s the time of the year when I look deep into my crystal ball to see what’s on the horizon for the upcoming year. As we are all aware, 2017 has been a stellar year for housing across the country, but can we expect that to continue?

It’s the time of the year when I look deep into my crystal ball to see what’s on the horizon for the upcoming year. As we are all aware, 2017 has been a stellar year for housing across the country, but can we expect that to continue in 2018?

Here are my thoughts:

Last year, I predicted that the big story for 2017 would be millennial homebuyers, and it appears I was a little too bullish.

To date, first-time buyers have made up 34 percent of all home purchases this year — still below the 40 percent that is expected in a normalized market.

Although they are buying, it’s not across all regions of the country, rather they are currently attracted to less expensive markets, such as North Dakota, Ohio and Maryland.

For the coming year, I believe the number of millennial buyers will expand further and be one of the biggest influencers in the U.S. housing market. I also believe that they will begin buying in more expensive markets. That’s because millennials are getting older and further into their careers, enabling them to save more money and raise their credit profiles.

As far as existing-home sales are concerned, in 2018, we should expect a reasonable increase of 3.7 percent — or 5.62 million housing units.

In many areas, demand will continue to exceed supply, but a slight increase in inventory will help take some heat off the market. Because of this, home prices are likely to rise but by a more modest 4.4 percent.

New-home sales in 2018 should rise by around 8 percent to 655,000 units, with prices increasing by 4.1 percent. While housing starts — and therefore sales — will rise next year, they will still remain well-below the long-term average due to escalating land, labor, materials and regulatory costs.

I do hold out hope that home builders will be able to help meet the high demand we’re expecting from first-time buyers, but in many markets it’s very difficult for them to do so due to rising construction costs.

Interest rates continue to baffle forecasters. The anticipated rise that many of us have been predicting for several years has yet to materialize.

As it stands right now, my forecast for 2018 is for interest rates to rise modestly to an average of 4.4 percent for a conventional 30-year fixed-rate mortgage — still remarkably low when compared to historic averages.

Something that has the potential to have a major impact on housing are the current proposals relative to tax reform.

If either of the current proposals is adopted into law, the potential reduction in mortgage-related tax savings means the after-tax cost of homeownership will increase for most homeowners.

Additionally, both the House and Senate bills also end tax benefits for interest on second homes, and this could have a devastating effect in areas with higher concentrations of second homes.

The capping of the deduction for state and local property taxes (SALT) at $10,000 will also negatively impact states with high property taxes, such as California, Connecticut and New York.

Furthermore, proposed changes to the capital gains exemption on profits from the sale of a home (requiring five years of continuous residence as compared to the current two) could impact approximately 750,000 homesellers a year and slow the growth of homeownership.

Something else to consider is that all of the aforementioned changes will only affect new-home purchases, which I fear might become a deterrent for current homeowners to sell. Given the severe shortage of homes for sale in a number of markets across the country, this could serve to exacerbate an already persistent problem.

I continue to be concerned about housing affordability. Home prices have been rising across much of the country at unsustainable rates, and although I still contend that we are not in “bubble” territory, it does represent a substantial impediment to the long-term health of the housing market.

But if home price growth begins to taper, as I predict it will in 2018, that should provide some relief in many markets where there are concerns about a housing bubble.

In summary, along with slowing home price growth, there should be a modest improvement in the number of homes for sale in 2018, and the total home sales will be higher than 2017.

First-time buyers will continue to play a substantial role in the nation’s housing market, but their influence may be limited depending on where the government lands on tax reform. 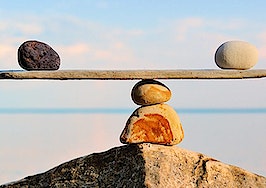 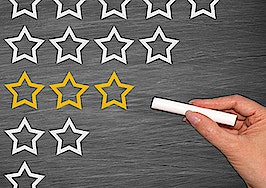 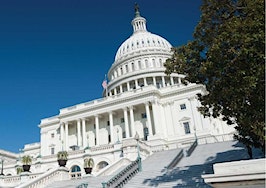 4 reasons Dodd-Frank will not be repealed by Trump 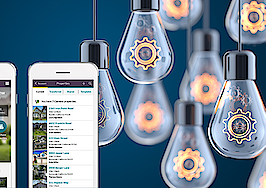 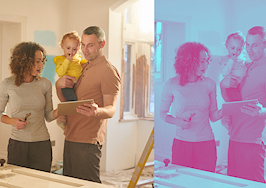