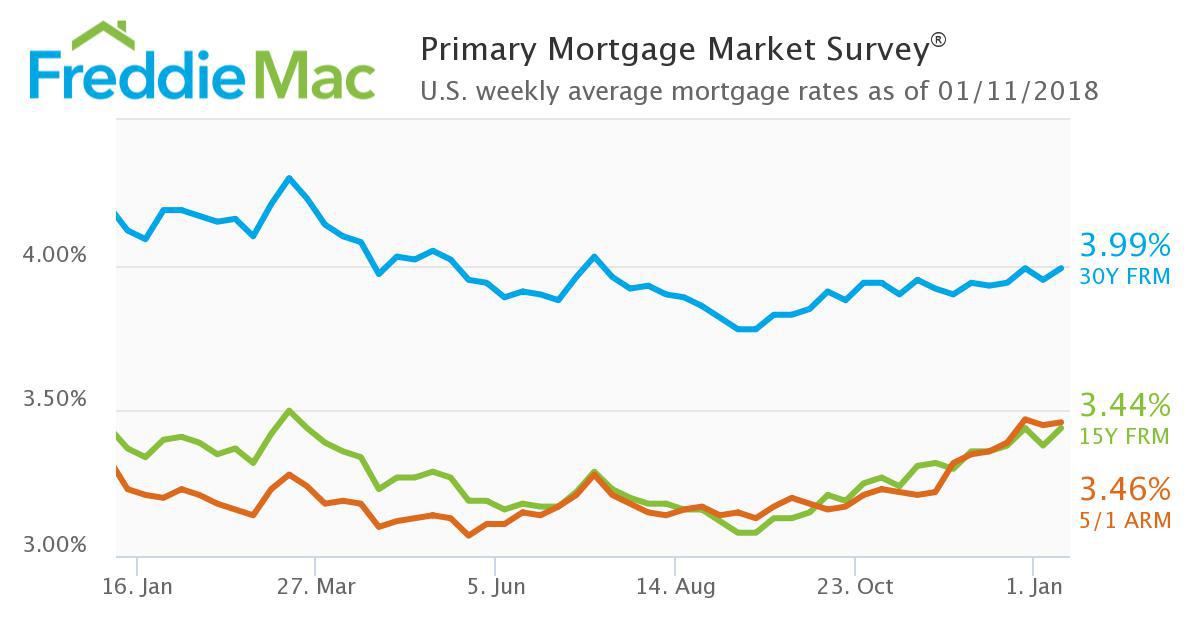 “Mortgage rates followed Treasury yields and ticked up modestly across the board. The 30-year fixed-rate mortgage averaged 3.99 percent, up 4 basis points from a week ago.”

“After playing catch-up for 2 months following the slowdown caused by hurricanes Harvey, Irma and Maria, mortgage applications for new homes declined in December to a more normal growth rate of 7.8% on a year over year basis,” said Lynn Fisher, MBA Vice President of Research and Economics.

“Looking at all of 2017, applications increased by 7.1 percent compared to 2016. Based on December applications, we forecast that new home sales fell in December but remained nearly 16 percent higher than a year ago, and we are anticipating only modest year over year growth for new home sales in 2018. Despite robust demand, a lack of labor and land will continue to constrain homebuilders.” 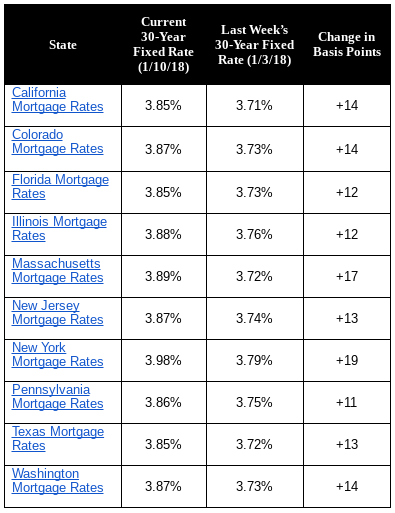