“What happens when things go sour, equity is lost and the family is forced to sell short? Up through last year, the exclusion stepped in and relieved the often-impossible tax burden.”

During testimony on Wednesday before the U.S. House Ways and Means Subcommittee on Tax Policy in Washington, the National Association of Realtors (NAR) urged Congress to reinstate recently expired tax relief for homeowners following a foreclosure, short sale or loan modification.

Following the passage of a Republican tax bill in December, NAR officials have been working to amend a provision in the “Tax Cuts and Jobs Act” to permanently enact an exclusion for mortgage debt cancellation that would exclude up to $2 million of homeowner’s forgiven debt from being taxed as income.

“The exclusion for mortgage debt cancellation delivers a huge dose of fairness,” Barry Grooms, vice president of the trade association’s Florida chapter, testified on Wednesday inside the Longworth House Office Building in D.C. “When the investment in a home goes well, and the owner sells at a gain, the tax code generously waives capital gains up to $500,000. “

“But what happens when things go sour, equity is lost and the family is forced to sell short?” Grooms added during testimony. “Up through last year, the exclusion stepped in and relieved the often-impossible tax burden. If allowed to expire, we are left with a tax policy that rewards good fortune but piles on when the tables are turned. This is neither fair nor smart.”

The 1.3 million-member association has long sought to make permanent mortgage forgiveness tax relief, which was originally established in 2007 at the beginning of the subprime mortgage crisis but expired in 2009 and has since been extended five times. Earlier this year, it was retroactively extended to cover 2017, but without the exclusion, the debt that lenders forgive to homeowners will be considered taxable income moving forward, according to NAR tax policy experts.

“Cases of negative home equity will ebb and flow as well, even with a stronger economy,” said Grooms during testimony on Wednesday. “This is why we need a permanent exclusion to minimize the damage to families, neighborhoods and communities.” 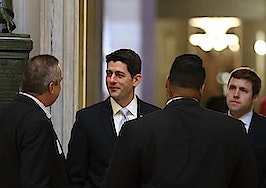