The National Association of Realtors (NAR) Pending Home Sales Index (PHSI), a forward-looking indicator that tracks home sales in which a contract is signed but the sale has not yet closed, increased 3.1 percent in the month of February to 107.5 from a downwardly revised 104.3 in January. 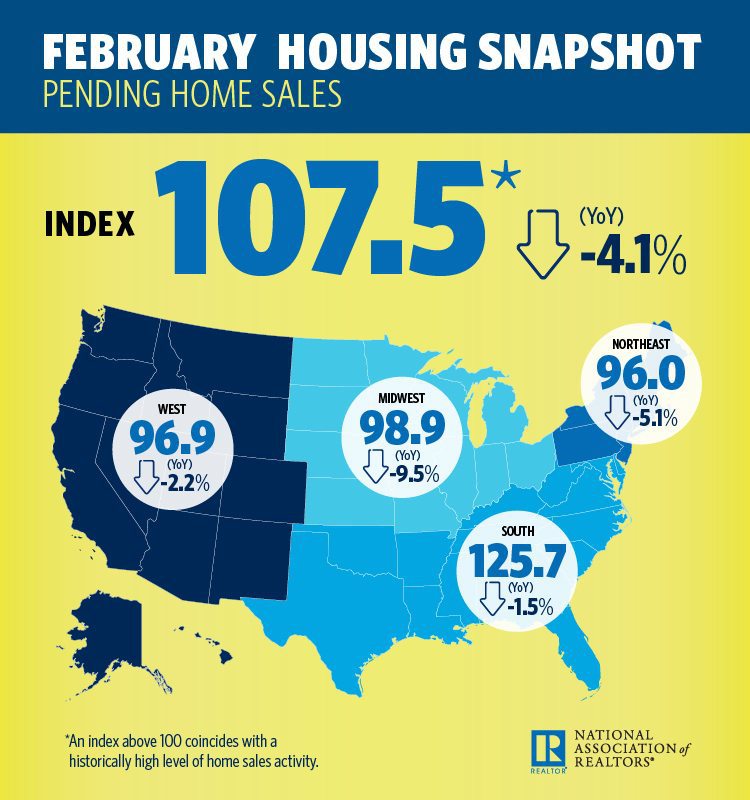 “Contract signings rebounded in most areas in February, but the gains were not large enough to keep up with last February’s level, which was the second highest in over a decade (112.1),” he said in a statment. “The expanding economy and healthy job market are generating sizeable homebuyer demand, but the miniscule number of listings on the market and its adverse effect on affordability are squeezing buyers and suppressing overall activity.”

“Expect ongoing volatility in the Northeast region at least through March,” Yun added. “Although pending sales there bounced back in February following January’s cold weather-related decline, the multiple winter storms over these last few weeks likely put a chill on contract signings once again this month.”

Looking ahead, Yun expects existing-home sales to stay flat at 5.51 million, especially if inventory doesn’t receive a bolster from current homeowners putting their homes on the market.

“Homeowners are already staying in their homes at an all-time high before selling, and any situation where they remain put even longer only exacerbates the nation’s inventory crunch,” he said.

“Even if new home construction starts picking up at a faster pace this year, as expected, existing sales will fail to break out if these record low supply levels do not recover enough to meet demand.”

The national median existing-home price is projected to increase 4.2 percent year-over-year in 2018. 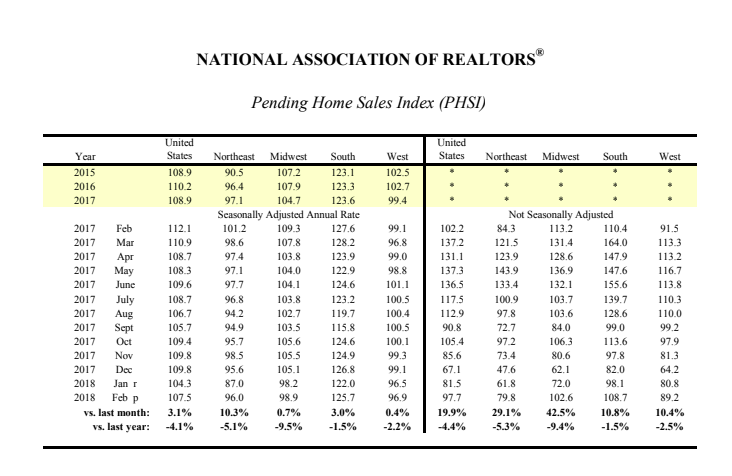 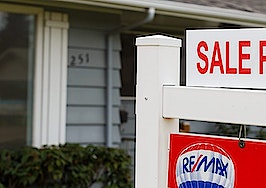 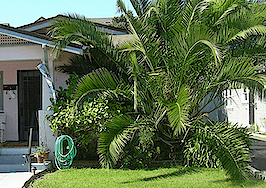