Government regulators from the the U.S. Department of Justice (DOJ) and the Federal Trade Commission (FTC) are hosting a public workshop with some industry bigwigs that will examine competition and potential antitrust violations within the real estate industry on Tuesday, June 5.

Tomorrow is a big day for the U.S. residential real estate industry and its future, but very few seem to be aware of what’s at stake. Government regulators from the U.S. Department of Justice (DOJ) and the Federal Trade Commission (FTC) are hosting a public workshop on June 5, 2018 from 9 a.m. to 3:45 p.m. ET with industry bigwigs to examine competition and antitrust, that is: how competitive is the industry?

Is anyone acting anti-competitively, making it impossible for new businesses to compete fairly, or making it harder for consumers to have information when considering common services such as home shopping, buying, selling, etc?

It sounds a little dry and dull, but the roster of attendees to the workshop includes some of the industry’s most powerful and dynamic companies, organizations and individuals — from the CEOs of web-savvy brokerages Redfin and Purplebricks to a top lawyer at the National Association of Realtors (NAR), the industry’s largest trade group, to folks from Zillow and one of the nation’s largest multiple listing services.

It’s not hyperbolic to say this workshop — and what the government agencies learn from it — will decide the fate of how the real estate industry works in America going forward. Will these agencies launch new investigations? Intervene and sue anyone for antitrust? Pass new rules and regulations? Or leave the industry alone entirely?

The workshop itself does not necessarily mean the FTC or DOJ will open a formal investigation into any company or individuals in real estate, but it certainly shows that these agencies are suddenly much more interested than usual in understanding how the industry works, how well it serves consumers and if they should take action to change anything.

Read on to learn more about what’s happening and why it matters. You can also watch the workshop live tomorrow via a livestream on the FTC’s website.

Why is this workshop happening?

In September 2017, the U.S. Senate Judiciary Subcommittee on Antitrust, Competition Policy and Consumer Rights wrote a letter to DOJ and FTC urging the agencies to update a decade-old report on competition in real estate and to specifically look at, “the availability of listing information to the public and to independent real estate agents, small real estate brokers and limited service brokers.”

At the same time, a consent decree between NAR and the DOJ from 2008 is expiring. The action came after the DOJ sued NAR for antitrust, and the decree and resulting settlement determined NAR would not be allowed to discriminate against virtual office websites (VOWs) that wanted to host residential property listings.

At the time in 2008, VOWs were still a relatively new concept, but today, they are more common, and some of the industry’s biggest and fastest-rising stars, such as Redfin and Compass, would be considered VOWs.

“The agencies did a deep dive into the industry with a report they co-wrote in 2008, and if you look at just that, and the expiration of the consent decree, the passage of 10 years, maybe it is time for them to look at real estate again and see if there’s anything they need to be doing,” said Brian Larson, a workshop panelist, attorney with Larson Skinner PLLC and associate professor of law at Texas A&M University School of Law.

David Kully, a former chief attorney with DOJ who oversaw antitrust enforcement in real estate and current partner at the law firm Holland & Knight, said it’s simply a good idea for government agencies to periodically look at whether competition is doing all that it can in the industry.

In November, the Information Technology & Innovation Foundation (ITIF), a nonpartisan think tank, published a white paper that called on the federal government to investigate MLSs for restricting property data from third-party websites.

MLSs are the backbone of the industry’s data — they are the geographically-specific organizations (there are around 700 MLSs nationwide) into which brokers and agents store almost all property data, before listing it on their websites or sending it out to home search websites such as Zillow (the latter company has previously funded ITIF). Before a consumer can search online to see if a home is a two-bedroom, two-bathroom and located in their area, that data first usually needs to get gathered by an agent and put into an MLS.

In contrast, right now, many MLSs charge subscription fees for those who wish to sign up and have access to all their data, and most brokers and brokerages do not have APIs for the listings on their websites.

While the paper is not expressly the reason for the workshop, many of the topics discussed are likely to be key points of interest for the agencies at the workshop

One of the biggest possible topics of discussion for the day will be the way multiple listing services operate. The first panel of the day is titled, “Listings Data, Emerging Technology, and the Structure of the Real Estate Market.”

“You have an industry where MLSs play an important role and those are joint ventures of competitors,” Kully said. “Which naturally attracts the interest of antitrust agencies.”

While the white paper from ITIF took aim at the MLS model, the Council of Multiple Listing Services recently published its own report that argued MLSs are actually a rare instance where cooperation breeds competition.

At NAR’s midyear conference, attorney Mitch Skinner, also of Larson Skinner, said he doesn’t get the sense that DOJ and FTC want to disrupt the current MLS.

It’s not simply just listings, but neighborhood statistics, tax history and other data that the agencies may look at, according to Kathleen Philips, the chief legal officer at Zillow. Philips will also be a panelist at the workshop.

“I think they’re going to be taking the temperature on data — not just listings data but access to data overall and the evolution of technology around that to make sure that consumers are well-served,” Philips said. “It’s our opinion that things are working really well right now, so I’m hoping that will be a positive report back for consumers and agents.”

“We certainly want to maintain the access to data that consumers enjoy today, and we want to forestall any limitation on that or control over that data,” she added, noting that consumers are in a much better position today than 10, 15 and 20 years ago.

It’s possible that the consent-decree will also come up, as it’s set to expire this year. NAR has specifically said it sees no need for DOJ to renew the consent decree.

“It applies to so few brokerages anyway,” Katie Johnson, NAR’s general counsel told Inman. “I don’t know the exact number, but there have never been a significant number of VOW brokers at all and that number hasn’t increased over the past 10 years.”

She added, “It also applied to a very specific point in time on what kind of technology was available at the time.”

Larson told Inman that even attempting to renew the consent decree would pose a difficult task for government regulators.

“They would need to show a court somewhere that NAR is engaged in anti-competitive practices, and I just don’t think they’re going to find that evidence,” he said.

The workshop may also look at state laws that dictate minimum service levels in the real estate industry, as well as state anti-rebating laws, which in some states prevent brokers from passing on part of their commission as a rebate to the consumer.

“State laws that continue to mandate that every transaction that brokers and agents have a minimum level of services and don’t allow the seller to dictate exactly the services that he or she wants to buy — that impedes people trying to compete in a different way and is something the agencies are going to care about,” Kully said.

Kully said another thing the agencies will look at is whether there are innovative brokers out there and if they face any impediments to providing consumers better service.

Johnson said she expects real estate technology in a broad sense is also something the agencies will be curious about as it was not a big focus in the 2007 report.

What could come from this workshop?

The workshop is really a very preliminary step for government regulators to take a look at an industry that oversaw the sale of over 5 million homes last year.

“I think this is probably a step removed from anything that will immediately affect most brokers and agents,” Kully said.

Down the road, there could be enforcement actions alleging antitrust violations or advocacy on the part of the agencies in the the form of law changes or regulations, according to Kully.

Inman will be attending the workshop live and watching the livestream online as well. Stay tuned to our homepage tomorrow for the latest news from the workshop. 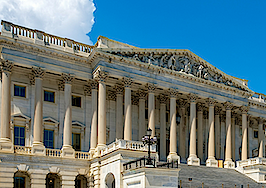 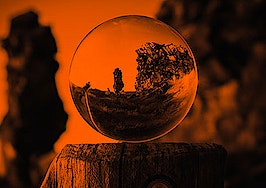 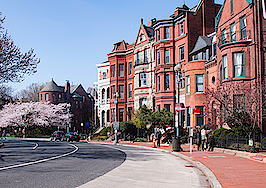 Over 1,000 tenants could lose homes over landlord’s unpaid water bill