There’s another area of real estate where blockchain can make inroads: listings. 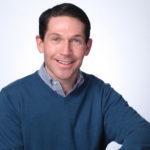 While many blockchain advocates in real estate point out that Zillow and Trulia upended property search a decade ago, making search and listings the one part of real estate without as much left for technology to disrupt, one new startup is hoping to compete with Zillow through blockchain.

Imbrex recently changed its name from RexMLS and is launching almost a year after its initial coin offering, which helped raise money for the platform. The startup is using the Ethereum-based tokens it released during that ICO as a system within its platform, rewarding agents who post listings with Imbrex coins, but its main innovations are in real estate data.

Besides allowing agents to post listings on Imbrex, the startup also offers its blockchain real estate data management system. Blockchain’s distributed nature — without as much human capital required to manage data flow — allows it to lower costs. And instead of firms handing over their data to a third-party platform like Amazon Web Services, the data lives on the blockchain, where a middleman can’t access it.

Another key benefit of Imbrex is that blockchain makes data more portable — something King said has been a main appeal for firms in talks with the startup so far.

The company’s platform is open internationally, and the startup has called itself a “global MLS.”

Imbrex is in the early stages. The company has a team of 10 ambassadors who will start recruiting agents to sign up next week, and its listings platform is launching with about 2,000 listings from the homebuilder Toll Brothers.

While agents could theoretically only list their properties on Imbrex, for the moment, Imbrex can’t provide quite as much exposure as Zillow.

“We didn’t set out to put the MLS out of business or go head-to-head with Zillow,” King said.

But Imbrex is offering another way for agents to reach clients and for firms to keep track of and transfer their real estate data. 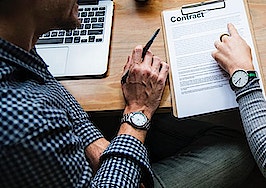 Should your real estate client agree to a bump clause? 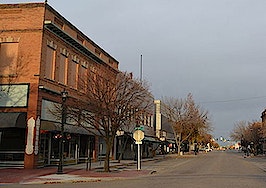 Where are the best-run (and worst-run) cities in America?