Ideal Agent advertises to homesellers that they can save money on their home sale and work with only the top local agents. To listing agents, it promises ready-to-go leads. Here’s how it works.

Have suggestions for products that you’d like to see reviewed by our real estate technology expert? Email Craig Rowe

Ideal Agent advertises to homesellers that they can save money on their home sale and work with only the top local agents.

To attract those leads, it selects what it deems the market’s “top 1 percent” agents and teams. It defines that benchmark accordingly:

It also attracts leads by promising lower costs. The company negotiates a 2 percent commission structure with its agent network. Costs would be lower still if a buyer’s agent isn’t part of the deal, which is also a point of marketing emphasis for the company, according to its website.

“The 6 percent commission has been around forever,” said Ideal Agent founder and CEO Steve Johntson. “It’s high, and technology has made everything less expensive, so there’s room to get great service for a lower commission.”

When asked why Ideal Agent is a better source for finding an agent for sellers than traditional means, such as asking friends or reaching out to local offices, Johnston said it’s all about the quality.

“We cut the 99 percent out, you’ll get a top team, the very best in town that usually represents a large brokerage, and you might pay only 2 percent,” he said. Again, “only 2 percent” depends on the absence of a buyer’s agent.

According to stats provided by the National Association of Realtors, 41 percent of sellers who used a real estate agent found their agents through a referral by friends or family, and 23 percent used the agent they previously worked with to buy or sell a home.

Johnston said Ideal Agent carefully vets its seller leads so that agents don’t have to. The company is building a brand through traditional mass marketing, including radio and billboards.

“If someone fills out a form or chats with us, not every lead gets turned over to an agent until there’s a listing appointment,” Johnston told Inman. “We interview everyone of them to make sure they’re ready to sell and reasonable about the home price. We don’t want our agents taking overpriced listings.”

Time is money to agents, he said. “We ask them to lower their commissions for a qualified lead they can convert at a high conversion ratio.”

Johnston said his ratio is well over 80 percent, “probably the highest in the industry.”

In an ideal scenario for the listing agent, in which no buyer side agent needs to be paid and the seller doesn’t ask for a reduced commission, Ideal Agent is charging 4 percent for their lead, assuming a 6 percent standard commission in a particular market and taking a 25 percent referral fee at closing.

Another way to approach the cost is by considering it a back-end marketing investment. Plus, there is the potential for future business and referrals from that seller. For top producers and teams, these aren’t unreasonable numbers.

Agents will get a call and email when a lead is ready to be met. Agents complete a small form acknowledging they’ll take the lead and send details of the appointment back to the company.

The company has closed 200 deals in the year it’s been operating in Tampa, Florida, and it now has 400 listings across the country since launching a national ad campaign in late August.

“We’ve had more than 1,000 agent inquiries, but about 99 percent of them don’t meet our minimum qualifications,” Johnston said.

Johnston said he can’t guarantee that agents won’t push leads to less experienced agents after booking, but confirmed to Inman that it does all it can to ensure only top performers are going to appointments.

“We’re simply building a model that when you want to sell your home, you can do it with a fair commission with one of the best agents in town. There’s nothing like this in the industry,” Johnston said.

Earlier this week Zillow announced “Best of Zillow,” a service that will share newly collected and legacy home-shopper data on agent performance with its premier membership. Agents who consistently score the highest will be branded as “Best of Zillow.”

The good news is that Ideal Agent and Best of Zillow are both very pro-agent. However, doing what it takes to be labeled “Ideal” or “Best of” doesn’t come cheap. 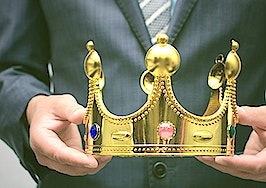 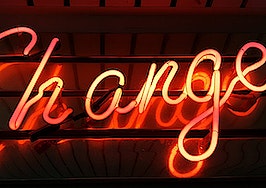 Next stop: The opportunity market 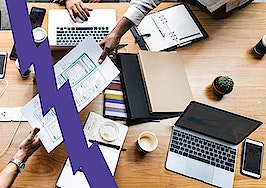 'The status quo is broken': How data debacle threatens us all