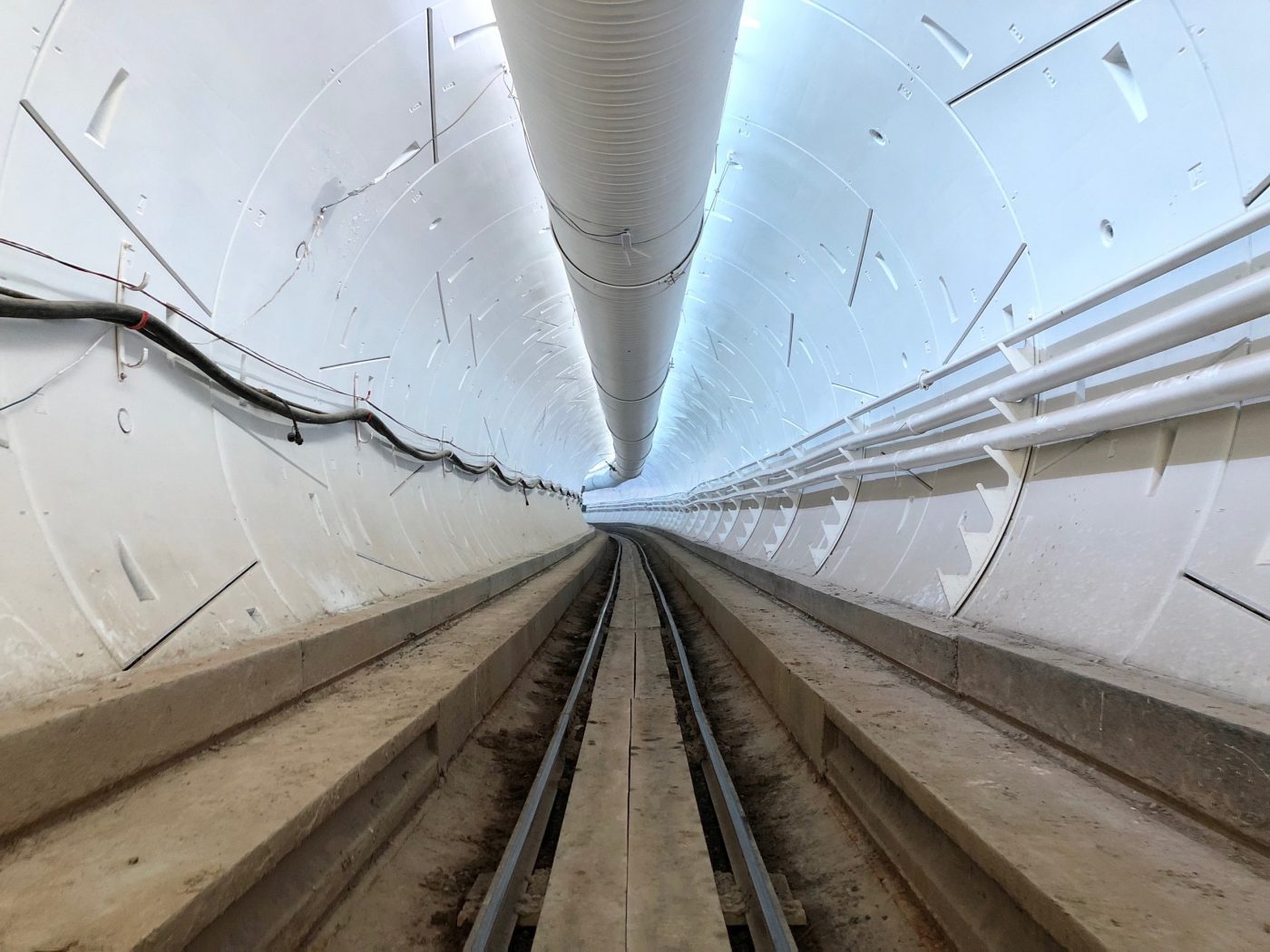 The Boring Company
by Jim Dalrymple II
You successfully shared the article.
Close

Earlier this spring, RE/MAX agent Julie DeCoste found herself staring into a massive, gaping hole that had been bored into the ground of Hawthorne, California.

“They didn’t let us go down inside,” she recalled Tuesday. “But I stood at the top of it. It was like a big huge hole in the ground with a ramp.”

The hole was the work of the Boring Company, one of the many businesses run by Elon Musk. DeCoste saw it during a tour of SpaceX, another of Musk’s companies, and at the time it was unfinished, a literal pipe dream imagined by the tech luminary so he could bypass the area’s punishing traffic.

But now, eight months later, that tunnel is opening to the public and Realtors in the surrounding area say Musk’s companies are improving the city — though no one seems entirely sure if the Boring Company’s actual digging efforts themselves will bear fruit.

Musk first announced his intention to tunnel under the L.A. area two years ago. Initially, the plan called for sleds that would carry individual cars underground, thus bypassing traffic, though Musk eventually changed the plan and said pedestrians would get priority treatment.

Even so, the tunnel concept has been met with significant skepticism from transportation professionals who have called into question both its feasibility and wisdom.

The new tunnel, which was unveiled during an event Tuesday night, is a kind of prototype meant to show off the Boring Company’s capabilities. It runs roughly two miles, but is not connected to any larger transportation network. Plans for a second tunnel were abandoned due to a lawsuit.

Still, whatever happens, the companies are changing the game on the ground for Hawthorne. Fisher grew up near the city, which sits close to LAX and about 13 miles southwest of downtown Los Angeles, and said that in the past it had a bit of a negative reputation.

“Certain people growing up weren’t very thrilled to go over there,” he recalled.

That began to change in part thanks to SpaceX, which was founded in 2002 and today uses Hawthorne both as a headquarters and a manufacturing location. Fisher said the company has helped drive educated and well-paid workers into the area, as well as amenities catering to those workers.

“I think it has helped the brand of Hawthorne but I don’t know if it’s been a huge direct driver of price increases,” Fisher said.

Holly Danna, a Douglas Elliman agent, also told Inman Musk’s companies are having a positive impact on the community. She praised Musk himself, referring to the tech CEO as a “visionary” and said that buyers themselves have sometimes brought up the tunnel, though it doesn’t seem to be driving sales on its own.

“Definitely talking to buyers, they talk about the tunnels” she said. “But I wouldn’t say there’s a relationship between people wanting to buy real estate in Hawthorne because he’s building the tunnel. I don’t think we’re quite there where people are buying to be close to the tunnel.”

Danna said prices in the city have shot up 8 percent over the last year, but attributed the increase to an array of factors including traffic, school districts and the fact that Hawthorne itself is one of the last parts of L.A. where buyers can find relatively affordable houses.

Athena Dinh, who owns an independent brokerage in the area, said that she has conversations with clients of Musk’s companies, which are seen as a boon for development in the area. Like everyone who spoke to Inman for this story, her company has worked with clients who are employed by SpaceX. But the tunnel itself isn’t the biggest thing happening right now in the community, she added.

“I think the stadium, the Rams stadium is kind of a bigger story,” Dinh said, referring to ongoing construction of an NFL arena in the nearby city of Inglewood.

DeCoste, the RE/MAX agent who got the tour of the unfinished tunnel earlier this year, said that some people “are concerned” about the project, expressing fear about what happens if it passes under their homes. But overall, she added “I think there’s more excitement at this point.”

She was also optimistic that Musk would be able to overcome obstacles and eventually turn his tunnel into an actual project that serves the community.

“Basically everything Elon Musk says he’s going to do,” she said, “he’s accomplished.”

What the rise of machine learning means for real estate sales

Elon Musk and Kanye West are getting into real estate now

Surge in remodeling should last through next year

The Real Word: Which markets saw the largest inflow of new homebuyers?