Discount brokerage Open Listings will cease using its own branding in the Dallas area later this month and carry on under the banner of iBuyer Opendoor, which became its parent company last fall.

California-based Open Listings announced the branding change Wednesday in an email to users, stating that “on Feb. 27th, we will stop operating as Open Listings in Dallas-Fort Worth and will continue as Opendoor.” Consumers in the Dallas metro area can use Open Listings to book home tours or create an offer through Feb. 26, after which they will need to use Opendoor’s app.

The email promises that the app will include the “buyer experience you’ve come to expect,” as well as “even more ways to tour, buy, and save on any home in DFW.”

Opendoor confirmed that the brands would be merging in an email to Inman Wednesday, saying that “we’ve found that the best experience for our customers is a unified brand and app.”

“Integrating Open Listings with Opendoor is a natural next step in simplifying this process for customers who are both buying and selling, bringing us one step closer to a future where customers can move in a few clicks,” the company added in the email.

Open Listings was founded in 2015 and managed to raise millions of dollars in funding over the years. The company works with buyers, enabling them to search, visit, and make offers on homes.

Most significantly, Open Listings also refunds 50 percent of the traditional buying agent commission, which it says averages out to about $9,604 in savings.

Opendoor, based in San Francisco, bought Open Listings in September. The move was significant because it meant the combined companies could offer something closer to an end-to-end experience for both buyers and sellers. It also suggested Opendoor was going to be increasingly disruptive for buying agents.

A month after Opendoor acquired Open Listings, it began offering a $1,000 credit to buyers in both the Dallas and Phoenix metro areas if they bought one of the company’s homes using a “preferred agent,” or in other words an agent that works with and pays referral fees to Opendoor.

Earlier this week, Opendoor also confirmed that it is now showing Dallas-area listings from rival brokerages in its app. Asked about showing the rival listings, a company spokesperson told Inman Opendoor was “experimenting in Dallas first and will determine other markets later based on results.”

The move to consolidate the brands appears to continue the strategy of using Dallas as a test market.

In addition to the Dallas-Fort Worth metro area, Open Listings also operates in parts of California, Washington and Illinois. Opendoor currently serves 19 metro areas spread across the U.S.

Opendoor and Open Listings largely operate in different markets, with overlapping cities such as Dallas — as well as Riverside, California — being the exception, rather than the rule. In its email, Opendoor said that “Open Listings will continue as a brand outside of Dallas-Fort Worth.”

“As we learn from the DFW market, we’ll decide on other markets,” the email added.

In the meantime, Open Listings will continue to provide the 50-percent commission refund in the Dallas metro area on any accepted offers that were created before Feb. 26. The refund will also be available to Open Listings customers in the Texas city who use Opendoor to submit offers before March. 31.

Open Listings’ email to customers Wednesday ultimately framed the merged branding as a positive development for both companies.

“We’ve worked with many incredible buyers in the DFW area as Open Listings,” the email stated, “and are looking forward to working with many more as Opendoor!” 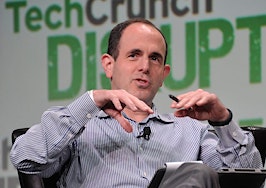 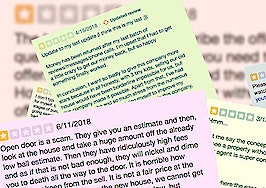 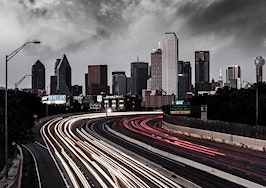