Tenants can use a mobile app to book cleaners, request maintenance or switch to another Blueground apartment in a new neighborhood or city.

Blueground, a real estate tech startup that rents apartments from landlords and then turns around subleases those units to other individual tenants, has raised an additional $20 million in funding.

The round underlines growing enthusiasm from venture capitalists for proxy landlords, which not only manage units for landlords, but also guarantee them rent. Another startup with a similar business model is Bungalow, dubbed the “renter’s equivalent” of the well-funded online homebuying and re-selling startup Opendoor, according to Opendoor co-founder Keith Rabois.

Blueground caters to business travelers by offering flexible leases that can run from one month to more than a year. In New York City, listings appear to be one or two-bedroom apartments that range from roughly $3,000 to $8,000 a month.

In the U.S., it leases units from landlords and management firms including Related Rentals, Stonehenge, UDR and Pinnacle Living. It then outfits the apartments with premium furnishings, high-speed Wi-Fi and gadgets, and subleases them to renters who stay an average of six months.

By streamlining the renting experience, Blueground makes reserving one of its units similar to booking an Airbnb listing, TechCrunch reports. Tenants can use a mobile app to book cleaners, request maintenance or switch to another Blueground apartment in a new neighborhood or city.

“The company typically leases numerous apartments before they hit the market, with a goal of holding them for many years, ensuring landlords steady cash flow and value-added financing solutions that maximize a property’s annual yield,” the company said in a press release.

Blueground’s shorter-term leases cost more than long-term ones and vary based on whether rent is paid upfront or on a monthly basis.

For example, a Blueground one-bedroom listing in New York City offers a one to two-month stay for $5,190 a month including utilities, WiFi and cable TV (paid upfront and excluding “applicable taxes”).

While the startup’s pricing indicates a focus on high-paid businesspeople, it also appears to aspire to eventually provide service to middle and lower-income individuals.

The company’s tagline is #ShowUpStartLiving, which the startup says speaks to “its vision of a world where people can easily – and instantly – feel at home wherever they choose to live.”

Another startup is already using a similar business model to pander to people of more modest means.

Like Blueground, Bungalo also serves as a proxy landlord and outfits units with furnishings and furniture. But it fills apartments room by room and hosts community events. It aims to attract young professionals looking for relatively affordable housing.

The two firms reflect a pattern among new real estate startups of trying to provide better customer experiences by taking full control of housing transactions, rather than merely facilitating them. 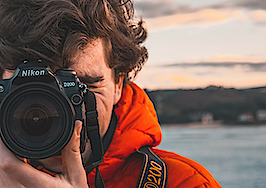 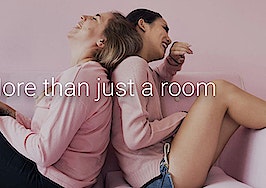