June in America is LGBTQ Pride Month, with parades and celebrations across the country commemorating the anniversary of the Stonewall Riots — a series of gay rights demonstrations in 1969 that were met with police force and gave birth to the LGBTQ movement — and honoring contributions from the LGBTQ community.

June in America is LGBTQ Pride Month, with parades and celebrations across the country commemorating the anniversary of the Stonewall Riots — a series of gay rights demonstrations on June 28, 1969 that were met with police and gave birth to the LGBTQ movement — and honoring contributions from the LGBTQ community.

One of the current fights for LGBTQ rights is the passage Equality Act, which would add gender identity and sexual orientation to the list of classes protected by the Civil Rights Act, including the Fair Housing Act, which makes it illegal to discriminate when offering housing services, such as sales, rental, mortgage lending, etc. The Equality Act passed in the House of Representatives in May, but is unlikely to pass in the Senate and President Donald Trump has already voiced opposition to the legislation, but a number of real estate firms have voiced support for it.

It’s also a month where companies show their allyship by joining marchers and holding special events. Here’s a roundup of what some of the biggest companies in real estate are doing for Pride Month.

If you belong to a brokerage and want to add your Pride 2019 celebrations to this article, please contact us via email at patrick@inman.com.

The Beverly Hills/Greater Los Angeles Association of Realtors (BH/GLAAR) is marching in the West Hollywood Pride Parade in support of the Equality Act and “housing for all,” CEO Chip Ahlswede told Inman.

A past president of the association is bringing a classic car as the centerpiece and the association members will be wearing hats and shirts with the rainbow flag colors expressing support for housing for all. 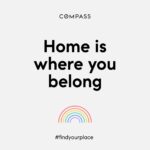 Each Compass region is planning to host events throughout the month consisting of ice cream socials, live panels, Pride march viewing parties and charity events. In Boston, the Compass community will be marching in the Boston Pride Festival.

Compass is also launching a social media campaign with the hashtag #homewithyou, designed to spotlight people who have made Compass employees and agents feel “at home” at work on in their communities.

Compass confirmed on Wednesday it supports the Equality Act and is taking the steps to join the business coalition.

Some Compass agents also shared their personal coming out stories with Inman.

EXp Realty hosted an LGBTQ meet-and-greet at their shareholder summit in Orlando. The company hasn’t officially signed onto to the business coalition to support the Equality Act, but a spokesperson for the company told Inman that eXp Realty supports the legislation.

HSF Affiliates, the subsidiary of Berkshire Hathaway that operates and manages real estate brokerage networks Berkshire Hathaway HomeServices and Real Living Real Estate is a supporter of the Equality Act. A spokesperson for HomeServices of America has not yet responded to Inman’s request for comment on what events the company is hosting or participating in for Pride. 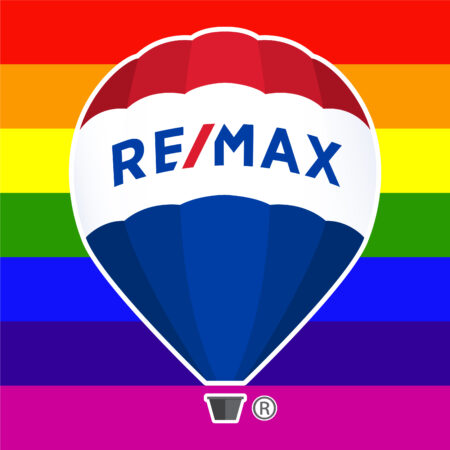 RE/MAX is one of the companies that signed onto the business coalition supporting the Equality Act.

“RE/MAX joined the Business Coalition for the Equality Act because we believe that everyone should have the opportunity to achieve the dream of homeownership,” Mike Reagan, senior vice president of industry relations and global growth and development said in a statement. “We’ve partnered with groups like NAHREP, NAGLREP and AREAA to provide RE/MAX Affiliates with education, information and training to help us better understand our communities and reduce barriers of homeownership.”

In addition to changing its iconic balloon logo to the LGBTQ flag colors on social media, RE/MAX published a feature story in their company magazine highlighting the different ways real estate professionals can build an inclusive business.

REAL New York is creating a social media campaign and content under the hashtag #REALPRIDE. The campaign will go live in a couple of weeks.

[We’re] Planning on featuring a series of interviews from the LGBT+ agents and members of the staff about living in NYC, talking about gay-friendly neighborhoods and spots, and being gay and working in the real estate industry,” a spokesperson for the company said in a statement. “There will also likely be some tours of historic/landmarked buildings in the West Village, etc and some other specific stuff the weekend of the parade.”

Realogy was the first real estate company to join the business coalition and publicly announce its support for the Equality Act.

“Realogy strives to be a leader in all aspects of the real estate industry through active engagement and advocacy, and we strongly support the expansion of protections to the LGBT community through H.R. 1447,” John Peyton, president of the Realogy Franchise Group said in a statement. “Consistent with our vision as a global real estate and relocation services leader, Realogy believes all prospective homeowners should have access to housing without discrimination.”

Realogy is a sponsor of World Pride NY at end of June and will have a group marching in the parade. A spokesperson for Realogy also told Inman that the company offers transgender health benefits to employees and their partners.

We are beaming with #REALPride for our employees, agents and partners who show each other support and respect each and every day. Anthony Urcinoli from @sothebysrealty shares why being a part of a company that encourages acceptance and inclusivity is important to him. #PrideMonth pic.twitter.com/peFGBhldCg

Redfin told Inman that the company fully supports the Equality Act and is currently in the process of joining the business coalition on June 4. 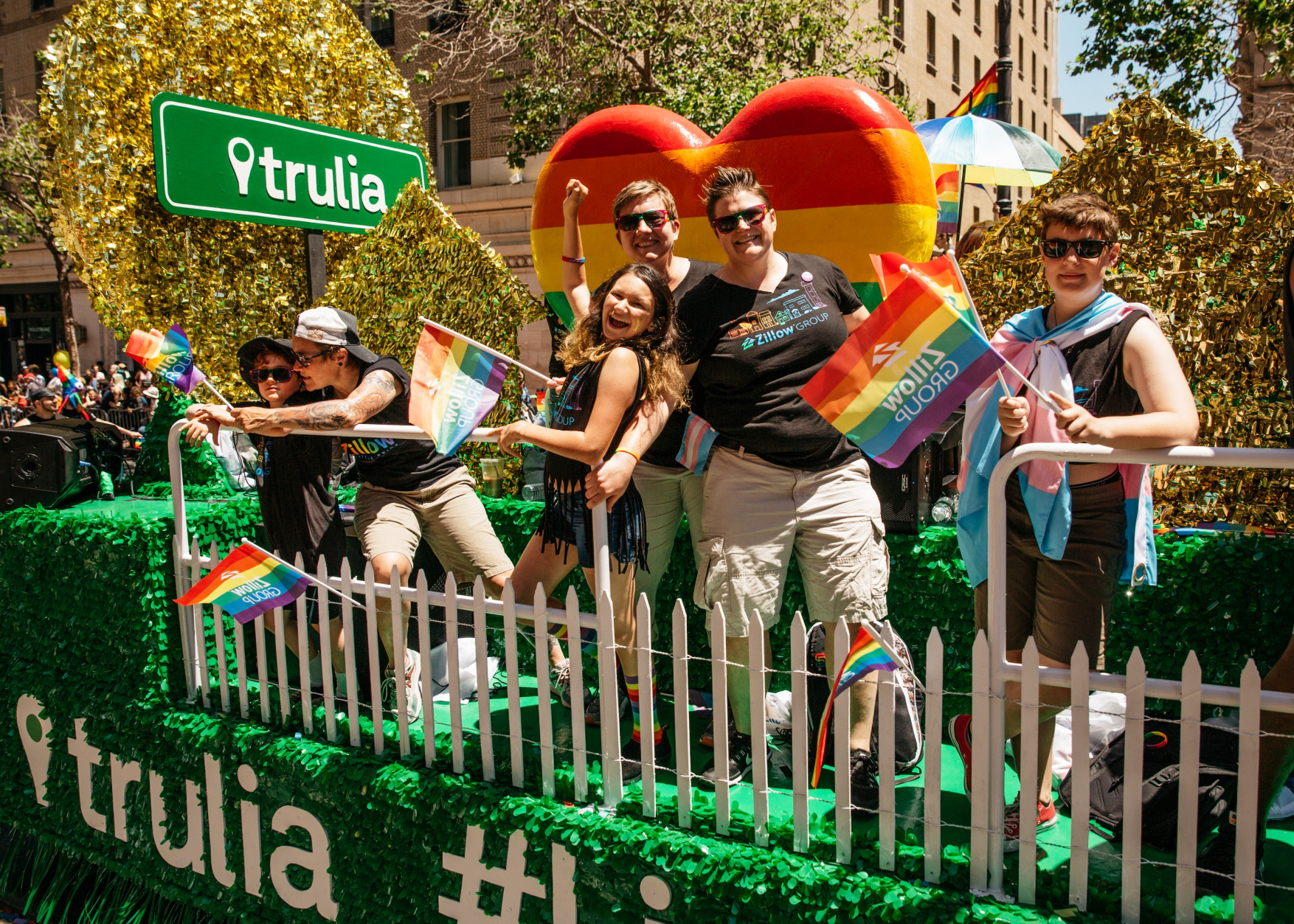 Zillow has been a supporter of the Equality Act since March 8, ahead of the legislation’s introduction in Congress.

“We all have a role to play to ensure our communities are inclusive and diverse,” Katie Curnutte, Zillow Group’s senior vice president of communications and public affairs, said in a statement. “In the majority of states, LGBTQ people have no formal legal protections against discrimination when it comes to housing – it’s clear more work needs to be done.”

The company created a website to roundup the events and feature remarks from employees about the company’s inclusionary workplace.

“Zillow Group is the most open and inclusive company I’ve ever worked for,” Vince Urban, a Human Resources manager in Phoenix said. “Being a member of the LGBTQ+ community can sometimes hinder your advancement opportunities, but that is not the case at Zillow. I feel comfortable being myself at work and don’t have to worry about being judged.”

More Inman Essential Guides
12
The essential guide to iBuyers
13
2019 real estate events: the essential guide
14
The essential guide to Wall Street and real estate
Back to top
Only 3 days left to register for Inman Connect Las Vegas before prices go up! Don't miss the premier event for real estate pros.Register Now ×
Limited Time Offer: Get 1 year of Inman Select for $199SUBSCRIBE×
Inmanpot
Log in
If you created your account with Google or Facebook
Don't have an account?
Create an Account
Forgot your password?
No Problem