News and info flies at us 24 hours a day, 365 days a year. Sure, we skim through a lot of information. But do we really need to burn our energy providing thoughts on an article where we’ve only read the headline?

Anyone who writes for public consumption has an interest in what readers think of their writing. Sure, I can (and do) say, “This is my opinion, I don’t really care what people think of it.” I don’t expect everyone to agree with everything I write; of course they won’t.

Want to rip my article and opinions to shreds? Please do! Have a counter-argument to some position I took? I’d love to hear it.

Your opinion is yours, and you are wholly entitled to it. I’m not here to sway your opinion — rather I hope to give you something to think about. As such, I honestly don’t care what your opinion is; but that doesn’t mean I’m not interested in people’s thoughts on what I publish.

What I find, frequently, is that it is crystal clear that the commenter never read a word past the headline.

That’s frustrating. As an author seeking feedback, it would be helpful if it came from someone that actually read the piece.

But also, for your own sake, it’s helpful to understand the full context of any news or editorial work, especially if you’re espousing an opinion based on it.

Go to Facebook, find a post that links to an Inman article. Scroll down. It’s a pretty safe bet that within the first five comments someone will be crying out about the “clickbait headline!”

Welcome to media in the age of the internet. Welcome to the always on, 24-hour news cycle.

“Clickbait” when it comes to a headline, is typically defined as using catchy words and phrasing, maybe controversial, that compel people to click the link and go to the article on the publishing site.

That, despite the fact that each and every media outlet on the planet — from the major networks to the lone blogger with a cause — uses attention grabbing, clickbait headlines.

Why? Because we live in a soundbite world. We’re busy, and we’re bombarded with information flying at us from all angles and sources. You’ve got to grab a reader’s attention fast, and get them over to your site.

Ideally, the headline will give you an idea of what the article is about, but of course it’s not going to give you the full story.

Writing short headlines that quickly catch attention is not easy. Personally, I’m a terrible headline writer. Hence the reason the only words in any Inman column I pen that are not my own are in the headline.

Does Inman write clickbaitey headlines on my articles? Of course it does. It’s a news/media site where, like virtually all other such sites, advertising is a major revenue stream. Internet advertisers pay for clicks. Headlines drive clicks to the site, where the ads are displayed. That’s how the internet works.

Do I like every headline Inman writes? Of course not. Like it or not though, it is effective at its purpose.

Yes, it’s frustrating when it’s obvious that someone hasn’t read an article, yet opines on it — be that negatively or positively. What might be even more frustrating is when it’s clear what was “read” wasn’t read closely or critically.

I’ll give you an example. A couple of weeks ago, my column ran with the headline, “Does Amazon’s partnership with Realogy spell doomsday for agents?”

As with most Inman articles, this was pushed to Facebook, where the “feedback” began.

Honestly, when I saw the comments on that column, I had to go back and reread the headline Inman wrote and the content I wrote. The column was getting skewered because it “supports the agenda of eliminating agents.”

Read that headline again: “Does Amazon’s partnership with Realogy spell doomsday for agents?”

But given the feedback, you’d think the headline was: “Amazon’s partnership with Realogy spells doomsday for agents!”

See the difference? Drop one word, change the punctuation mark, and the question turns into a proclamation.

Agents are sensitive when someone proclaims their doom, as they should be.

In this example, an alarming number of people piled on Inman, and by extension the author — me. Now trust me, given part of my former life, I’m used to getting piled on in the social space. That really doesn’t concern me.

What concerns me is the near complete lack of reading past headlines and the absence of critical thinking skills so frequently displayed today.

Here’s another prime example: An article by Jeff Lobb on compensation models was recently published to carry the video from Jeff’s Inman Connect Las Vegas session.

It’s getting ripped apart in the comments.

Why? Seems some have questions about the numbers shown in the article. The article that clearly says, “Note that these numbers will likely vary a bit depending on the model in every state, region and office.” And “Tune in to the video below for the full context about compensation models.”

Numbers will vary. Get the full context in the video.

Yet many commenters never read the post or watched the video.

How do I know they didn’t watch the video?

Because in the first 90 seconds of the video Jeff covered exactly what they were complaining about.

Commenter: “This article is crap, everyone knows there are local variations!”

Lobb says in the video more than once: “It’s important to know that there will be local variations in these numbers.”

But do we really need to burn our energy, and other’s energy, providing thoughts on an article where we’ve only read the headline?

It’s 2019. “Clickbait” headlines are here. Media delivery is changing. But we all still have our independent brains, so let’s try using them to actually read past the headline before diving into a conversation unarmed. 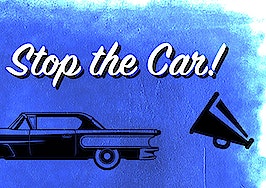 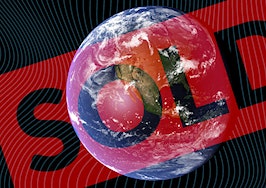 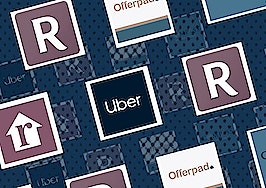