Trulia and Getty Images
by Veronika Bondarenko
Share this article
You successfully shared the article.
Close

New York’s most notorious haunted house has hit the market for $1.9 million.

The home, a 15-room Victorian manor on the Hudson River, first made global headlines in the 1980s after Wall Street bond trader Jefrrey Stambovsky bought the Nyack, New York, house and sued its former owner, Helen Ackley, for not disclosing that it was full of ghosts and poltergeists.

Based in part on the fact that past owners played up the home’s haunted history for paranormal walking tours, the New York Supreme Court ruled that the house was indeed haunted in 1991. 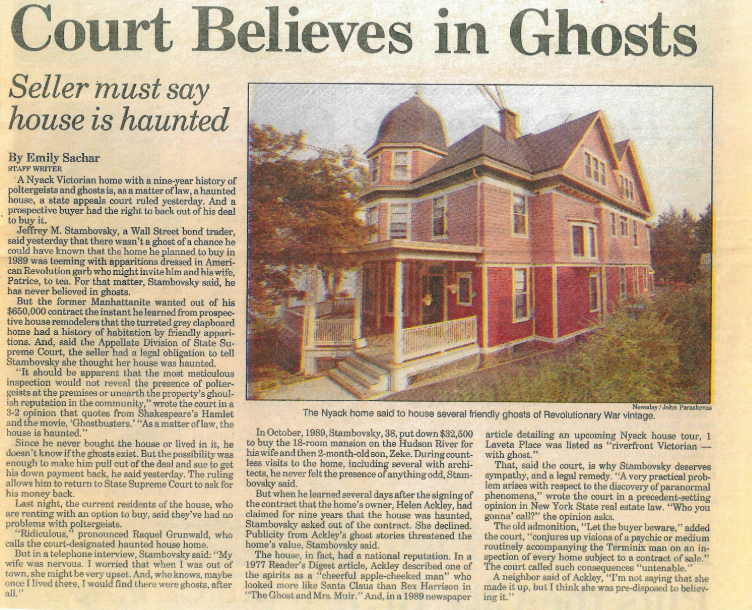 Subsequent owners, who include producer-actor Adam Brooks, singer Ingrid Michaelson and rapper Matisyahu, were much less squeamish of ghosts — the haunted history stopped making the headlines for a number of years.

But as first reported by the New York Post, 1 LaVeta Place is expected to be listed in the coming days. Nancy Blaker Weber of Better Homes and Gardens Rand Realty is the agent tasked with selling one of the few properties in the world that have officially been deemed haunted in a court of law. 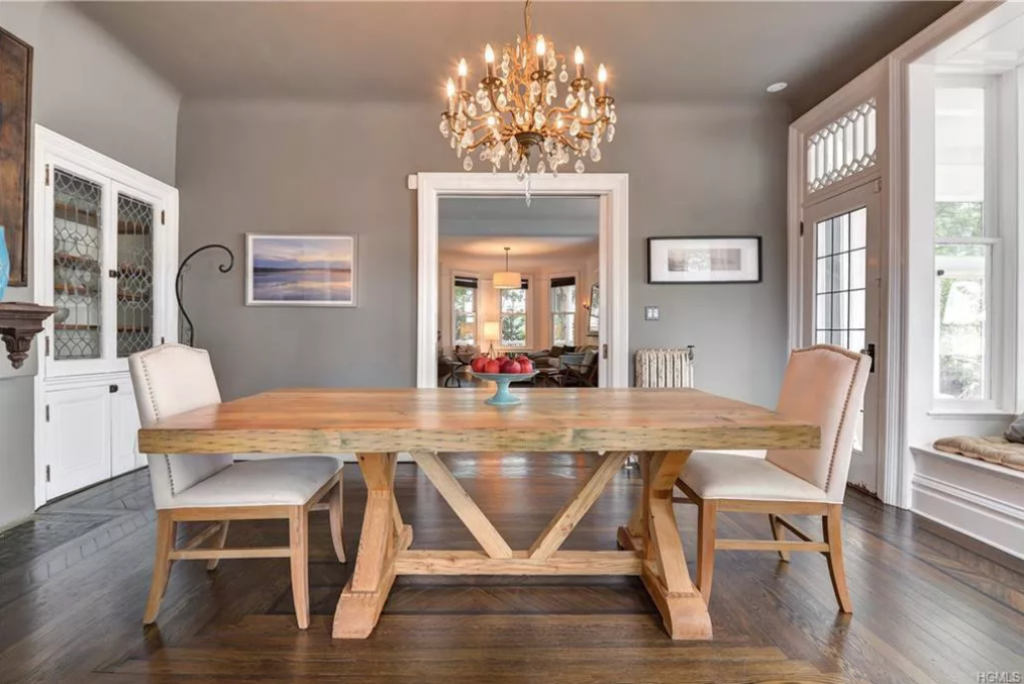 1 Laveta Place was built in the 1890s in the Queen Anne Victorian style. 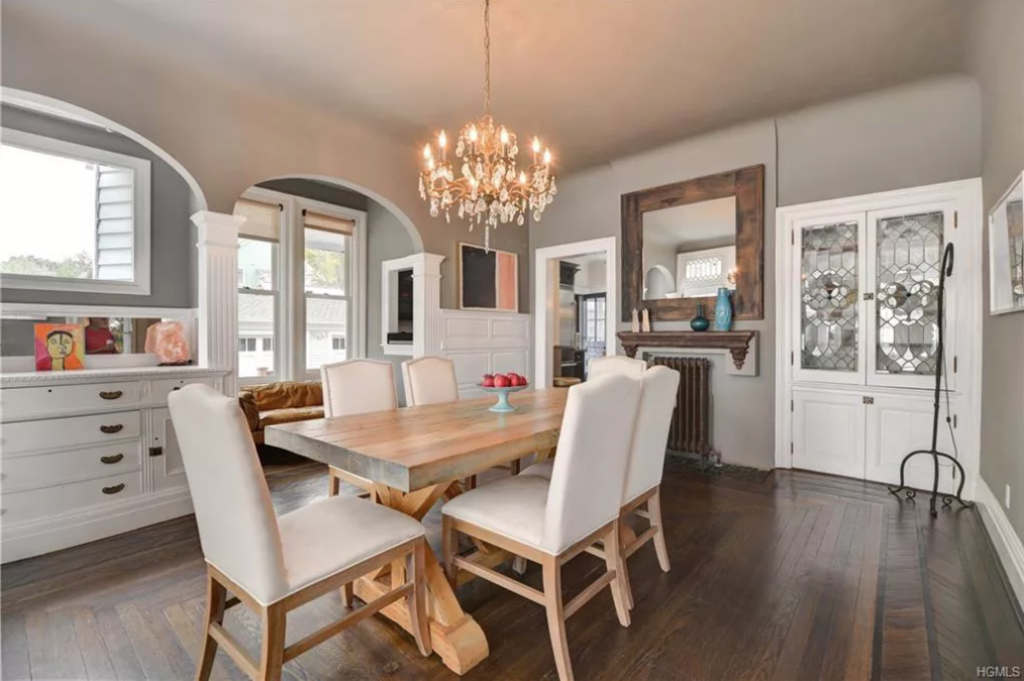 It sits on top of a hill in Nyack, New York. 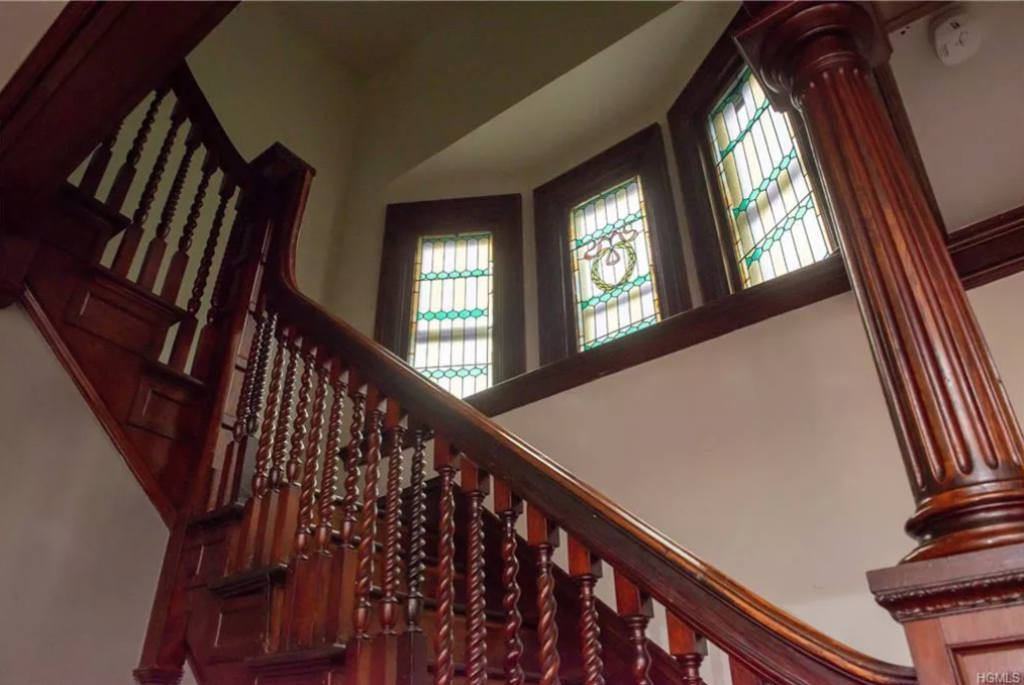 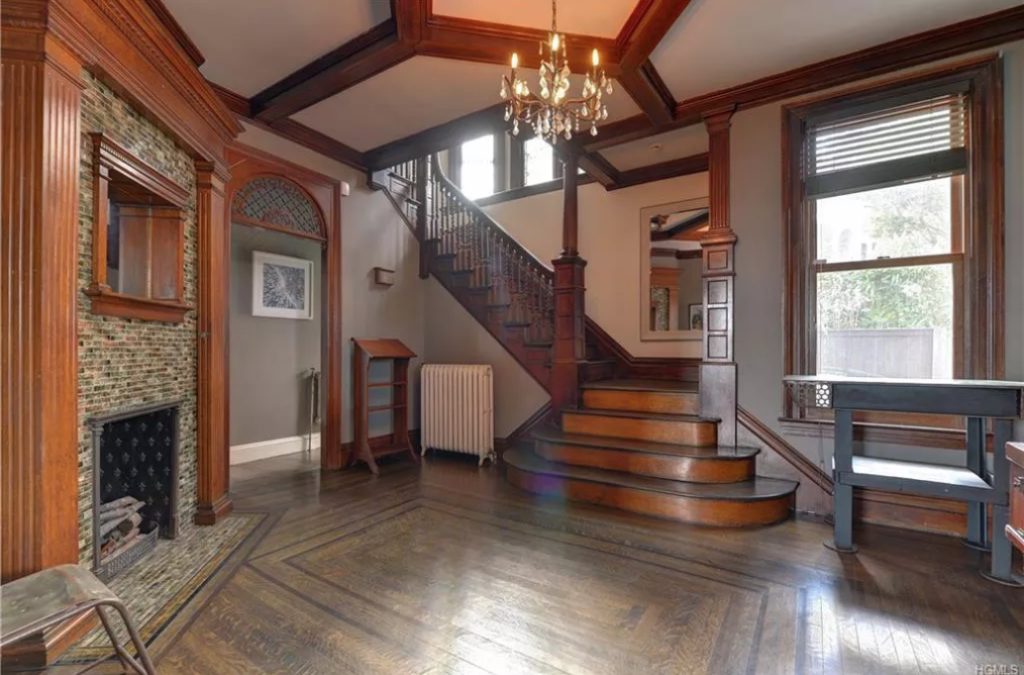 The New York Supreme Court ruled that, since the house was used for spirit tours, it was officially haunted. 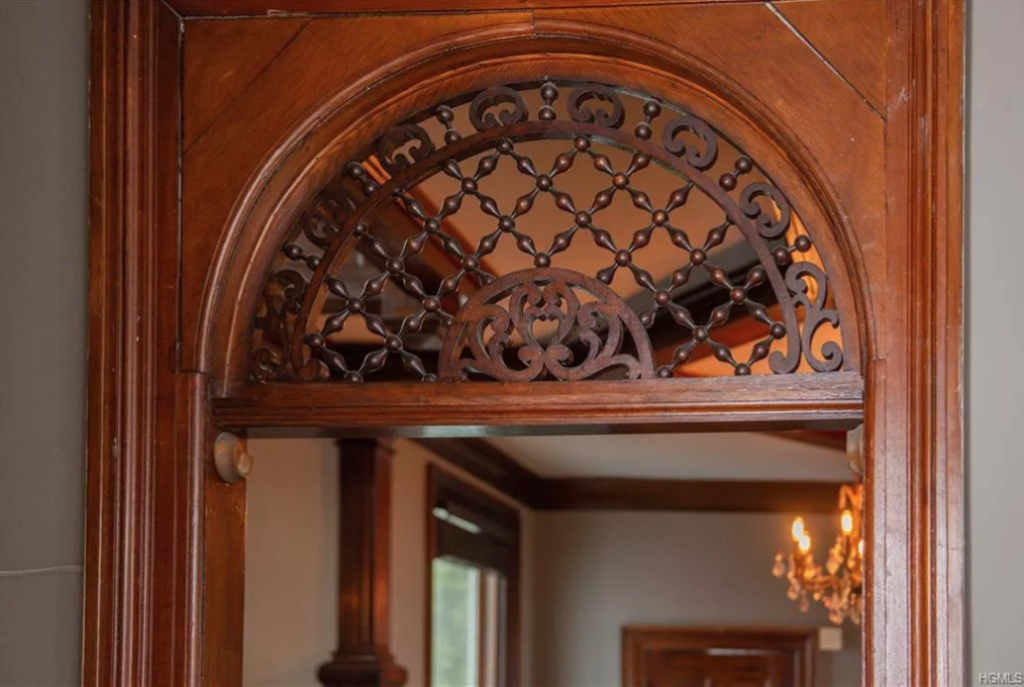 It has since changed hands and been renovated many times over the years. 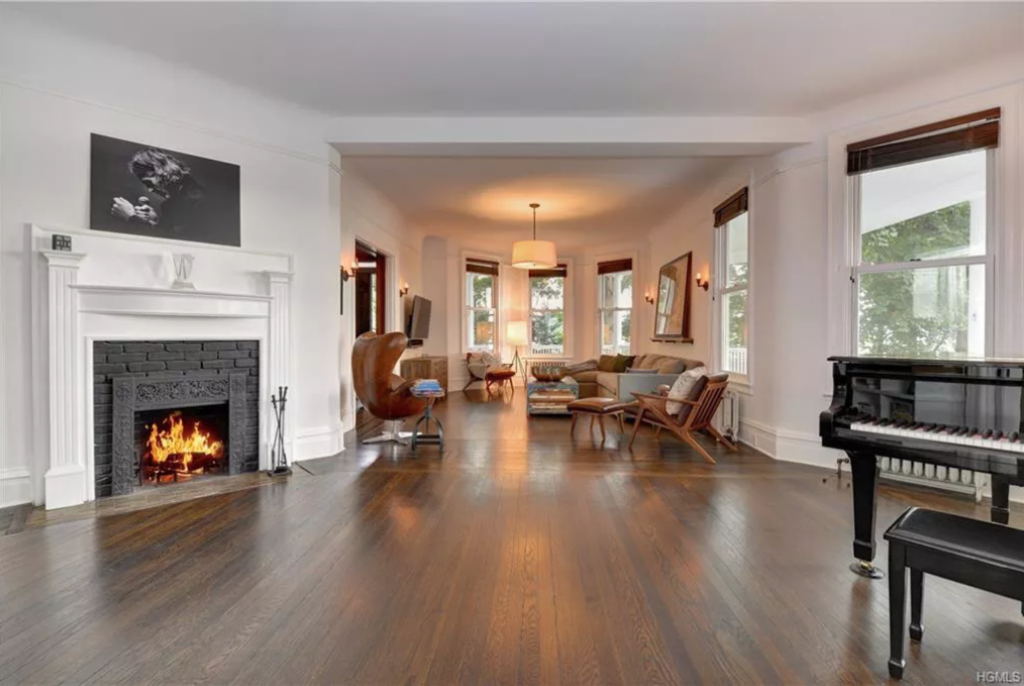 Adam Brooks, singer Ingrid Michaelson and rapper Matisyahu have all owned it at different points in time. 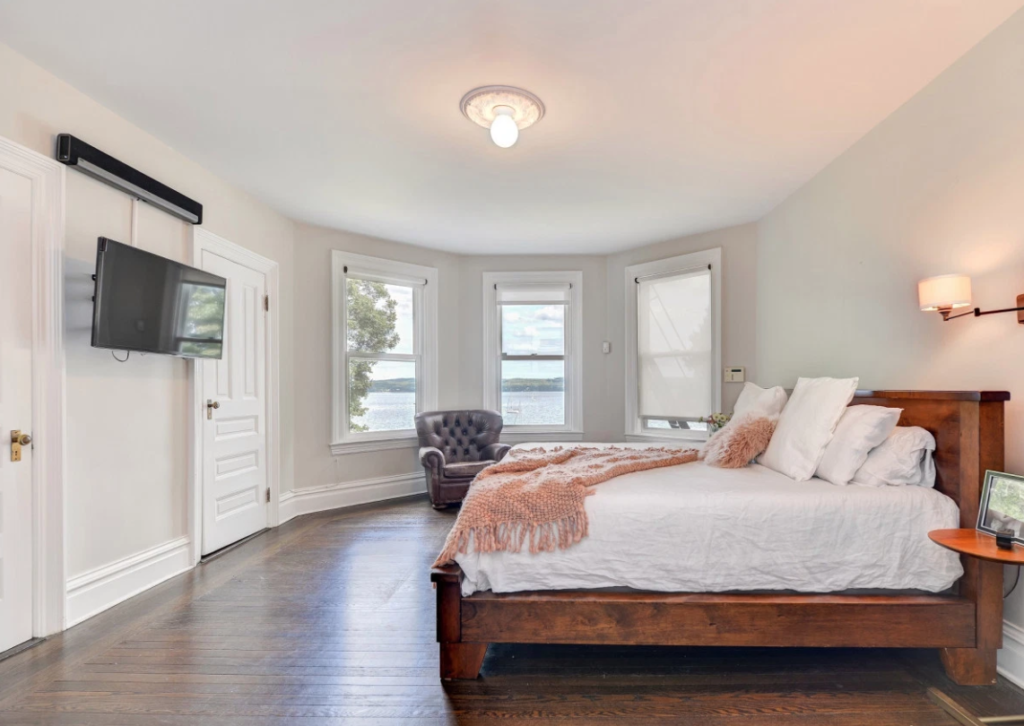 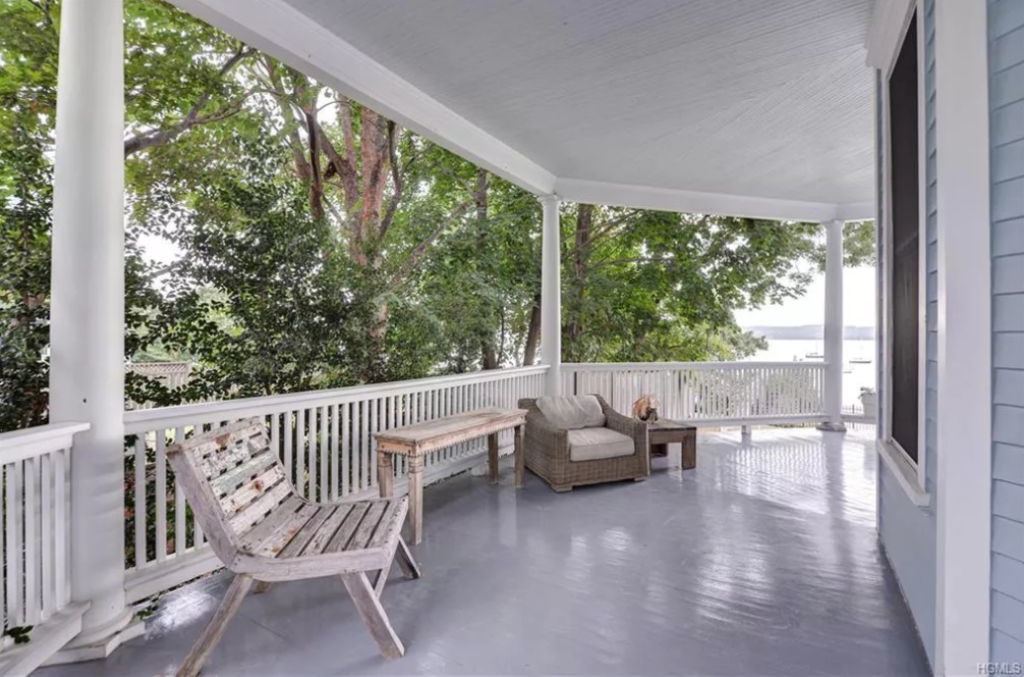 The house itself sits at 4,600 square feet on a tree-lined street in the affluent city of Nyack. It was built in the 1890s in the Queen Anne Victorian style with stained glass windows, arched windows and hardwood floors. Nearly every window in the 15-room manor has a view of the Hudson River while an outdoor saltwater hot tub, as well as a wraparound porch, also overlook the river from the outside.

“It’s a fun backstory to this gorgeous home but none of the previous three owners over the last few years have seen any ghosts,” Weber told the Post. 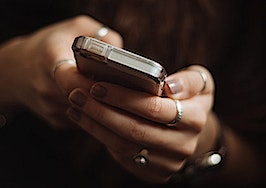 How one agent handled a creepy come on 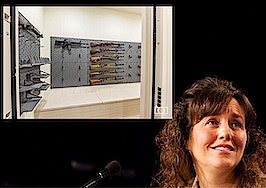 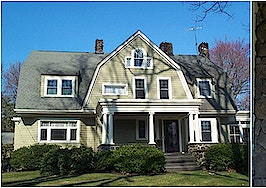 Spooky 'Watcher' house has sold after 4 years on the market