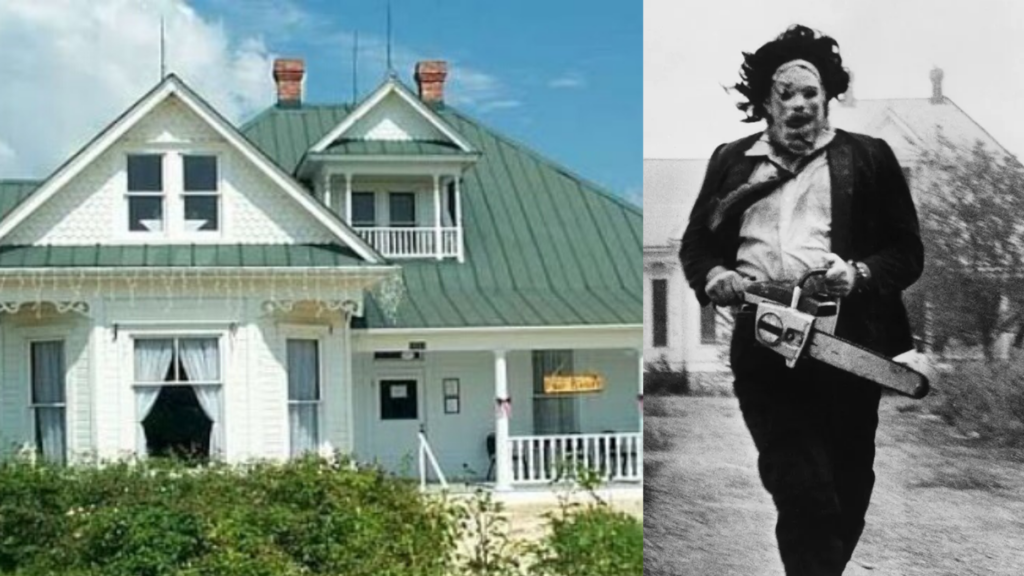 The site of the original “Texas Chainsaw Massacre” film

The creepiest property in America is hosting an open house.

The macabre home that appeared in the original “Texas Chainsaw Massacre” is opening its doors to guests for an overnight film screening, a first for the Victorian-style home.

The home, which is located at 1010 King Ct in Kingsland, Texas, is the site where the cannibalistic Sawyer family carries out its murders of lost hitchhikers in the 1974 cult slasher film. As part of a series in which fans can view classic horror films in their original locations, horror actor Kenny Caperton is hosting two overnight screenings on March 29 and 30.

Guests will spend the night on air mattresses, watch the movie, have a barbecue dinner and play trivia and board games with a horror theme.

Hey everyone, the prices for On Set Cinema “The Texas Chain Saw Massacre” happening this March in Kingsland, Texas seem to be a bit tough for most people to afford with travel costs, etc. I completely understand and have lowered the prices as much as possible to make this work for everyone. Only 13 spots are available for each day. Remember, this is the first time this has ever happened since the release of the movie 45 years ago – fans get to hang out at house, watch the movie with fellow hardcore fans, eat BBQ and stay all night inside this iconic location! Going to be an incredible experience!! *** LINK IN BIO FOR ALL EVENT DETAILS *** #onsetcinema #thetexaschainsawmassacre #texaschainsawmassacre #texaschainsaw #myershousenc #thesawisfamily #whowillsurvive #horror #instahorror #horrorgram #leatherface #texas

“Fans will be able to hang out and sleep wherever they want inside the house in the hallway where we first see Leatherface emerge from the doorway and smash Kirk in the head with the sledgehammer, or in the room that was filled with bones and chicken feathers discovered by Pam just before she gets snatched up and hung on the hook, or even upstairs where Sally finds Grandpa in the rocking chair,” reads the event description.

While the house was originally built in Texas’ Williamson County, it was cut into pieces and moved to Kingsland to prevent deterioration in the 1990s. Prior to filming, it was a normal single-family home. Today, it is home to the Grand Central Café, a southern-style restaurant.

Throughout the spring, Caperton will be hosting a number of other movie screenings at iconic horror film locations. The Florida house that served as the set for “Edward Scissorhands” and the Georgia park where “Friday the 13th Part VI” was filmed will both be hosting screenings later this year. 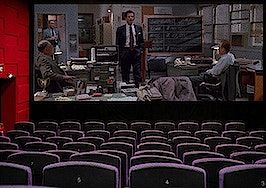 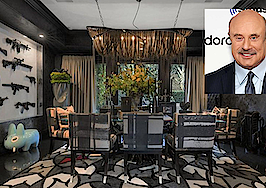