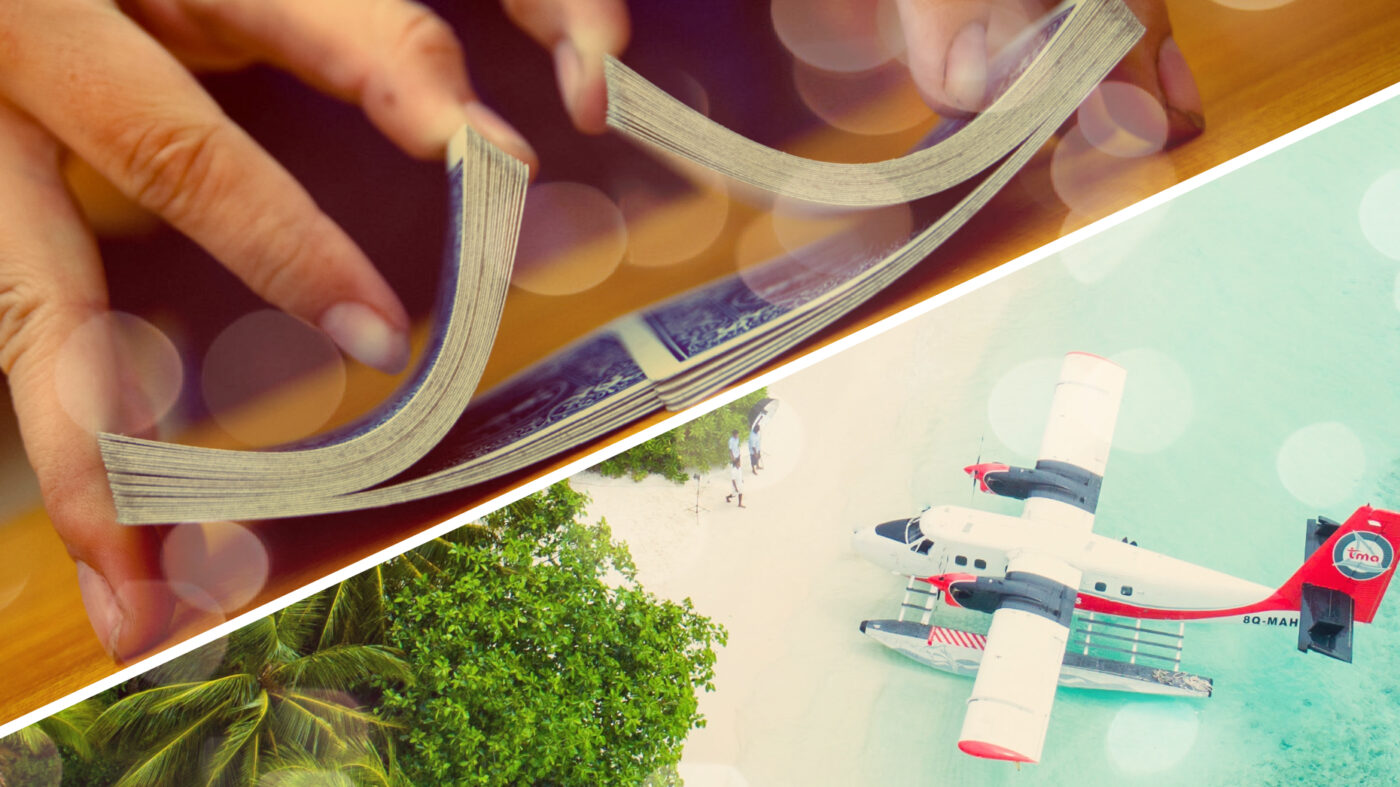 Buyers are looking for homes in different places, and with different characteristics, than they did before COVID-19 brought chaos to the U.S.

A week and a half ago, luxury real estate agent Billy Nash listed a massive south Florida estate known as Quail Creek Plantation for $25 million.

By the next day, the billionaires had come knocking.

“In 24 hours we’ve had three requests from three billionaires,” Nash, who leads the Nash Group, told Inman last week. “We have one that’s on his yacht. One is on Palm Beach island and one is in Manhattan. That, to me, is a tremendous sign of the times.”

Those times, however, have been unlike any others in living memory. Beginning in March, the global coronavirus pandemic began shutting down the U.S. economy, largely forcing real estate professionals to reimagine how they do their jobs. Listings have plummeted in many markets, and while many agents anticipate a brighter future, the present remains uncertain.

The luxury market has suffered along with the rest of the real estate industry, but that suffering has not been distributed equally. Already we know, for example, that demand for remote listings has risen while interest in places like Brooklyn has fallen off.

But as the country slowly lumbers toward reopening, numerous real estate professionals believe that luxury, in particular, isn’t going to just bounce back to what it was before. Instead, agents who spoke to Inman envision the pandemic fundamentally reshaping both the locations that luxury buyers are willing to consider, as well as the types of properties they want to inhabit. Everything, from the parcels to the finishes is experiencing a sea change. And while the pandemic may be temporary, its reshuffling of the luxury real estate world very well may not be.

The pandemic has slammed real estate at all price points, but many corners of the luxury market have experienced those impacts most acutely. According to data from Redfin, which the company published last week, between the middle of March and the middle of April the number of U.S. listings over $1 million fell 1 percent.

That may not seem like a lot, but during the same period one year prior the supply of such homes actually rose a whopping 28 percent.

Additionally, the supply of homes at every other price point increased this year between mid April and mid March — further emphasizing how uniquely impactful the pandemic has been on luxury real estate.

Redfin lead economist Taylor Marr also noted in a report from the company that owners of pricey homes “are seeing a slack in demand.”

Redfin’s data further reveals that the impacts of the pandemic have been unevenly felt. Indeed, the company’s report notes that “some of the most expensive cities around the country are seeing the biggest slowdown in the rate at which homes for sale are being added to the market.” San Francisco and San Jose, both pricey centers for the Silicon Valley set, and Boston are among the areas that saw the biggest slowdowns in new listings.

These findings confirm recent comments from agents who work in high-end markets and who reported to Inman that high-end listings have been the most significantly impacted by pandemic-related slowdowns.

On the other hand, data from Bright MLS — a multiple listing service in the Mid-Atlantic area — shows that luxury listings in that region have largely thrived compared to the broader market. Mark Lowham, a Bright MLS board member and CEO TTR Sotheby’s International Realty, said that may be because the region has a strong economic base and because buyers may be looking at real estate as a safe investment right now.

Either way, though, the idea is that luxury has been affected generally, but that the impacts vary considerably depending on the market. And that variation may grow stronger as time goes on.

Semi-remote, amenity-rich housing may come out ahead

Probably the most apparent trend to emerge out of the pandemic is a growing interest among luxury real estate consumers to look for properties in attractive areas that are at least somewhat removed from major population centers.

Virtually everyone who spoke to Inman for this story described some version of that pattern.

“I have had so many New Yorkers call me about this listing because I think they want to get out of the city right now,” Kristin McFeely, a Compass agent in the Philadelphia area, said of an 11-acre country estate that she currently represents. “I’m feeling like buyers now want a little more space.”

Nash offered a similar take, pointing to Quail Creek as an example of the kind of property that has become even more appealing during the crisis.

“I think people who are stuck up north right now are saying, ‘if I’m stuck I’d rather look out the window at palm trees,” he explained.

This trend may seem obvious, but the way real estate professionals actually see it playing out is less so. For example, it doesn’t mean that everyone wants a bunker in the middle of nowhere. Quite the opposite, in fact.

“I think everyone right now loves the idea of community,” McFeely said.

She went on to say that the kinds of luxury properties that may thrive could end up falling somewhere in between urban and remote. They’ll have nearby restaurants and walkability and good schools and a sense of community. They just won’t be in some of the denser parts of the country.

Carrie Wells — a Coldwell Banker agent working in Aspen, Colorado — strongly agreed, saying that out-of-state buyers are gravitating to her market right now but many want to be in town rather than in a more remote setting.

“I hear it from my clients,” she said. “They’re really looking forward to being able to be with others. People get excited to see one another.”

Along those same lines, many agents who spoke with Inman expect to see high density units suffer. Nash, for instance, believes that the Florida market will thrive as the pandemic winds down, but expects Miami condos to take a hit.

“I don’t think that the condo market goes away, but I think there may be a pause,” he said. “Because people have been quarantined in such a small space and it seems like there’s been such a concentration in those big dense metropolitan cities, those buyers might be leaning towards not duplicating a purchase down in Florida in a dense building.”

Michael LaFido, a consultant and broker with @properties in the Chicago area, made a similar observation about his own market.

Perhaps ironically, McFeely also thinks suburban tract housing — which dominates some wealthy markets — may also lose ground because it lacks the walkability and amenities that people long for while in isolation.

“I do think those McMansion neighborhoods are less appealing now,” she added.

Many agents who spoke with Inman also expect the rise in telecommuting will accelerate these trends, potentially allowing more people to leave pricey metro areas and move to smaller cities or towns.

“That hedge fund manager, or that corporate attorney has now adapted and has been just as productive as they were sitting in an office with 200 people,” Nash said. “I think this has proven that you can be productive and not be in Manhattan.”

Luxury homes themselves are evolving as well

Hogan, of Coldwell Banker, said high-end buyers will want different kinds of homes after the pandemic. For example, he’s already seeing a rising interest in touchless appliances. And the pandemic is also specifically fueling an interest in copper finishes in public areas “because it doesn’t transfer any bacteria.”

“I think certainly, lately, there’s things like finishes that are going to be affected,” he added.

Agents who spoke with Inman said luxury consumers will also likely be more interested after the pandemic in things like high-end kitchens, home gyms and entertainment rooms. And of course, they’ll want an abundance of space for working remotely.

“I think home offices, plural, is going to be key,” LaFido said. “His and hers, or whatever. They’re going to need some dedicated office space.”

LaFido was one of several agents who mentioned the prospect of wealthy homebuyers opting for homes that have “his and hers” offices.

The take away here is that the pandemic is changing both where luxury consumers are looking, and what they’re looking at.

These shifts could last a long time — or maybe forever

Agents who spoke with Inman differed on how long-lasting they thought pandemic-related changes to the luxury market would be. But the consensus was that these changes aren’t going to immediately disappear once social distancing mandates lift and economies reopen.

Wells, for example, compared the crisis to 9/11 and Hurricane Katrina, both of which drove people to relocate to areas like Aspen that have amenities but few natural disasters and low population density.

“For some people,” she added, “it was a permanent transition.”

The idea is that some consumers, particularly those who have the luxury of choosing where to live, are shifting their perspective during this crisis — and they won’t necessarily be shifting back. That was a point that a number of other real estate professionals made as well.

“These impressions and data points aren’t going to go away even in a world where we have the ability to vaccinate,” Lowham, of Bright MLS, said.

On the other hand Michael Nourmand, president of Nourmand & Associates in Los Angeles, also compared the crisis’ impacts to 9/11, but envisions a comparatively shorter-term sea change in the locations that luxury buyers consider.

“I think the short-term winners are going to be properties out of the city,” he said. “But I don’t think that trend is going to sustain for more than a year or two.”

But even so, Nourmand did say that preferences regarding in-home amenities may persist indefinitely because people will fear doing things like working out in gyms or going to movie theaters.

“I think those will stick around,” he added.

Other real estate professionals also don’t envision the shift toward remote working — and its impacts on real estate — reversing any time soon. Hogan noted that Coldwell Banker recently moved a popular luxury event online, and had a massive turnout. And though he still likes in-person gatherings, Hogan believes the move toward virtual gathering is not temporary.

LaFido made a similar point, and the implications are huge. If in-person meetings are forever changed, it means more and more flexibility when it comes to high-end consumers choosing where they live.

How the pandemic is redefining what luxury means
Back to top
We've updated our terms of use.Read them here×
Inmanpot