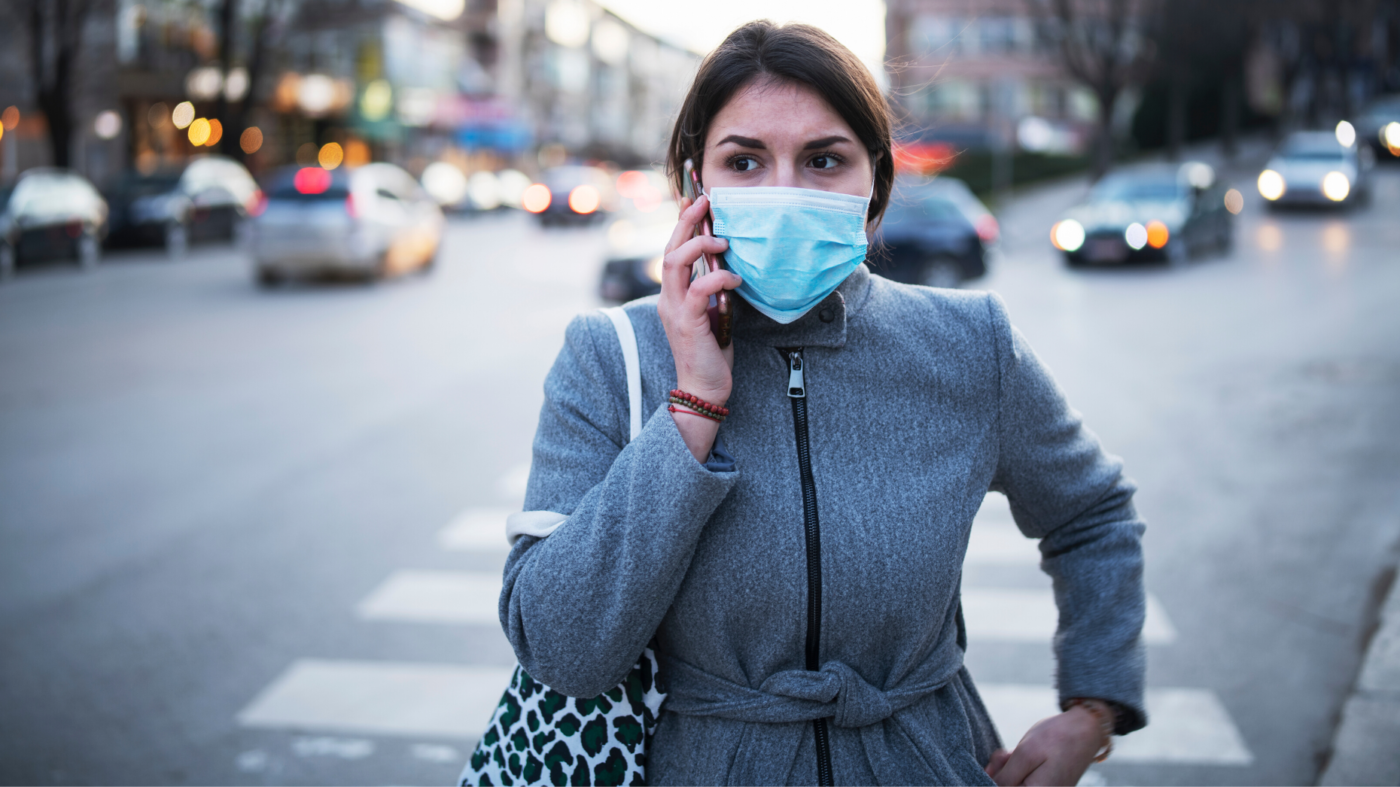 Woman Wearing A Mask In A City

Los Angeles County was named the riskiest county for natural disasters in the United States, beating out tornado-plagued counties in Oklahoma and hurricane-prone parts of Louisiana, according to the Federal Emergency Management Agency, which last week released its National Risk Index, a ranking of more than 3,000 counties at risk of 18 types of natural disasters.

The scores were compiled not just by how often they occur but also the extent of damage to life and property that occurs as well as how prepared the county is for recovery.

Los Angeles’ density and location frequently exposes the county to earthquakes, wildfires, mudslides and flooding all at once. But while residents in California anticipate such natural disasters, three counties in New York also ranked high on the National Risk Index due to high risk of winter storms and a lack of preparation for when they do occur.

“We’re bad at taking seriously risks that happen only infrequently,” David Ropeik, a retired Harvard risk communications lecturer and author of How Risky Is It, Really? told the Associated Press. “We simply don’t fear them as much as we fear things that are more present in our consciousness, more common. That’s practically disastrous with natural disasters.”

Below, the top 10 riskiest counties in the United States:

The second largest city in the U.S. is also one of its most dangerous — as mentioned above, earthquakes and wildfires are a regular part of living in the county.

But on top of the most frequent natural disasters, the city’s location along the Pacific Coast means that it could eventually be struck by a range of other problems — tornadoes, a volcano explosion or a tsunami are also potential hazards. Insurance rates are sky-high and, while not natural, pollution is also some of the highest in the country.

Of the next three counties to top the list, all three were in New York City.

The reason? Not just the severe winter storms that occur every couple of years but also floods and tornadoes. In 2010, over 4,700 Bronx residents were left without power when a powerful tornado tore through the borough. The higher poverty rates mean that any natural disaster that hits the city can be particularly damaging for residents who may not have a safety net to rebuild after a home is destroyed.

Each time a winter storm hits, many New York residents wonder how it could have happened.

Even more than the frequency of the disasters, this lack of preparation is what places New York’s counties so high on the list of FEMA’s risk assessment — many of the historic buildings in Manhattan simply weren’t built to withstand even a minor natural disaster.

“It’s that risk perception that ‘it won’t happen to me,'” FEMA’s Deputy Associate Administrator Mike Grimm told the Associated Press. “Just because I haven’t seen it in my lifetime doesn’t mean it won’t happen.”

As Hurricane Sandy in 2012 has shown, a winter storm or hurricane can leave millions of NYC residents without power for weeks at a time.

Brooklyn’s density and proximity to the coast makes it even more likely to be hit than many counties in California, but unlike those places, it is not commonly thought of as a high-risk area. Schools don’t constantly train students in disaster preparation while emergency preparedness gets brought up by politicians only after one has already happened.

Miami is another hotspot for natural disasters, and news coverage of storms along the Florida Coast returns to television screens each September and October.

Ecologists estimate that human-caused sea level changes could place Miami underwater within the next 80 years. But neither that nor the frequency of natural disasters deter billionaires from building mansions along its coast.

Like New York and other Northeastern cities, Philadelphia is not generally thought of as a hotspot for natural disasters, and city residents don’t grow up with the kind of shelter horror stories often associated with California.

That said, the city is ill-prepared to face the kind of weather disasters known to hit the city. Both heat waves and snowstorms have been known to cause major power outages while risk of tornadoes is some of the highest in the country.

Once occurring infrequently, severe storms have been reported in the Dallas-Fort Worth area every year since 2016. Dallas is no stranger to just about any type of disaster (except, perhaps, volcanic eruptions) identified by meteorologists — from flood and extreme heat to tornadoes, and in what FEMA identified as a problem unmatched by any other city, hail that rains down upon the city in droves.

As has long been etched into our brains by Wizard of Oz, the Midwest is a hotspot for hurricanes and tornadoes. In the last year alone, storms causing major property damage have hit the St. Louis area twice while the city was already struggling to contain a COVID-19 outbreak.

Storms, floods, tornadoes and power outages caused by extreme heat are a constant of life in the city but, knowing this, residents and city workers are well-trained in how to respond when one of them does hit.

East of Los Angele, California’s Riverside County is more protected from some water-related crises but at high risk of wildfires. A wind-driven and fast-moving wildfire burned through over 2,000 acres of land and prompted evacuations just last month — a regular occurrence in a county known for dry weather and miles of highly-flammable natural forest land.

Neighboring Riverside, San Bernardino made FEMA’s list of the country’s most dangerous counties for many of the same reasons. The dry weather and national forest land are a particularly lethal combination when it comes to the high rates of wildfires to strike the area.

While its residents are well-prepared and know just what to do in the case of an evacuation order, one of the most populous counties in California is still a risky place to build and insure a home.

Days on market drops by nearly 50% amid inventory crisis
Back to top
We're giving away 3 free ICLV tickets at Connect Now next week. Register and attend live for your chance to win!REGISTER×
Inmanpot
Log in
If you created your account with Google or Facebook
Don't have an account?
Create an Account
Forgot your password?
No Problem