Like many agents, Ryan Serhant is currently at a transformational period in his life. In September, the star of Million Dollar Listing New York left Nest Seekers International and is now building his own brokerage, SERHANT.

“I left my team behind and I burned my boat,” Serhant told Inman about the move. “I’m just in the ocean now and I’ve got to figure it out. I could drown, or I can tread water and I could figure it out.”

On Tuesday, Serhant’s new book about tapping into this kind of energy to become a top-producing agent hit the shelves. Part memoir, part self-help, Big Money Energy: How to Rule at Work, Dominate at Life, and Make Millions takes a deep dive into the kind of confidence that agents need to put out if they want to rise to the top amid major challenges like COVID and Serhant’s own story of working as a hand model to pay the bills while trying to break into real estate.

Serhant sat down to talk to Inman about agent confidence, writing the book in quarantine and how his new brokerage has been doing.

Inman: Congrats on the new book! Was it a quarantine project?

Ryan Serhant: I knew I was going to write it before and then quarantine gave me the time. It’s a very different book. It’s not like Sell It Like Serhant [his first book] which took me 10 years to write and was everything I knew about how to sell and how to build a sales career.

That was the trials and tribulations of my life during the decade that I learned how to sell without a mentor and without any training. I put that book out there to help the gig economy and it really became a toolkit.

This book is not that. This is the secret sauce. This book is all about how to take that toolkit and develop the right mindset so that you can use those tools to the best of your ability. It is my confidence blueprint.

What do you mean by “Big Money Energy?” Is it about, like you have said in other interviews, taking on the attitude of a top producer before you get there?

It’s not “fake it ’til you make it,” which I never really believed in. It is very much about realizing that, authentically, you can be the person that you want to be in 10 years tomorrow.

How have things been going at Serhant, your new brokerage?

Awesome. I should have done it 10 years ago. I get to do whatever I want, however I want. I get to lead the brokerage in the absolute best way possible and we get to build all day long. It’s so much fun. It’s terrifying, it’s scary, there’s no one behind me that I can rest on, but I kind of like that.

There can be freedom in “cutting the net” but also major risk, particularly if you’re just starting out as an agent. It’s not something everyone can do.

How do agents build that confidence if it doesn’t come naturally to them yet?

There are lots of different ways that you can start, but one of the first things that I think everybody has to do is a self-audit. It was really, really important for me and really beneficial to me when I did it.

You need to find somebody that you can trust to give you brutally honest feedback and ask them, “How do you describe me? Am I the short one? The tall one? The angry one? The happy one? The cool one?” You don’t really know how the world looks at you until someone actually tells you, and you might be surprised as to what you hear.

You do that self-audit and you’ll realize what perception of yourself you are putting out into the world. From there, you can start to rebuild the person you want to be. If someone says, “She’s the really quiet girl, the brunette with the glasses who looks down at the graph all the time,” and you didn’t realize how that came off, you can actually make a change to make that better.

With COVID, many agents are at the kind of breaking-point where they feel like circumstances are standing in the way of having the career and life they want. Is that similar to your own journey with coming to NYC?

Correct. And listen, it’s also about not negotiating your goals. Having a goal, believing in it, writing it down, sticking to it — regardless of what happens or what gets in your way, don’t let yourself down.

Sometimes the challenges go beyond attitude, though. What if you’re an agent who was selling urban condos before the pandemic or an agent in Hawaii, which has been hit hard by the travel restrictions?

You always take a step back. Write down everything you need to overcome. You create a plan, you create a strategy and you figure out what steps you need to take to overcome the obstacle, no matter how big it is.

Think about the things that seemed impossible and terrible five years ago but seem like nothing now. If I told myself five years ago what I would have gone through this year, it would seem impossible. You figure out what the strategy is to overcome any obstacle, you break it down and make it as simple and detailed as possible, and you have little micro wins along the way.

Anything is achievable but you have to keep it relative to you. If you say you want to sell all the million-dollar properties in your market but your market has no such properties, that doesn’t sound like a very good goal. Go after what exists and what’s possible. 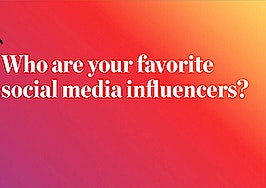 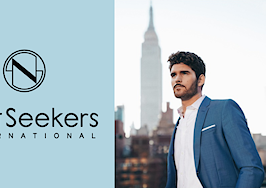