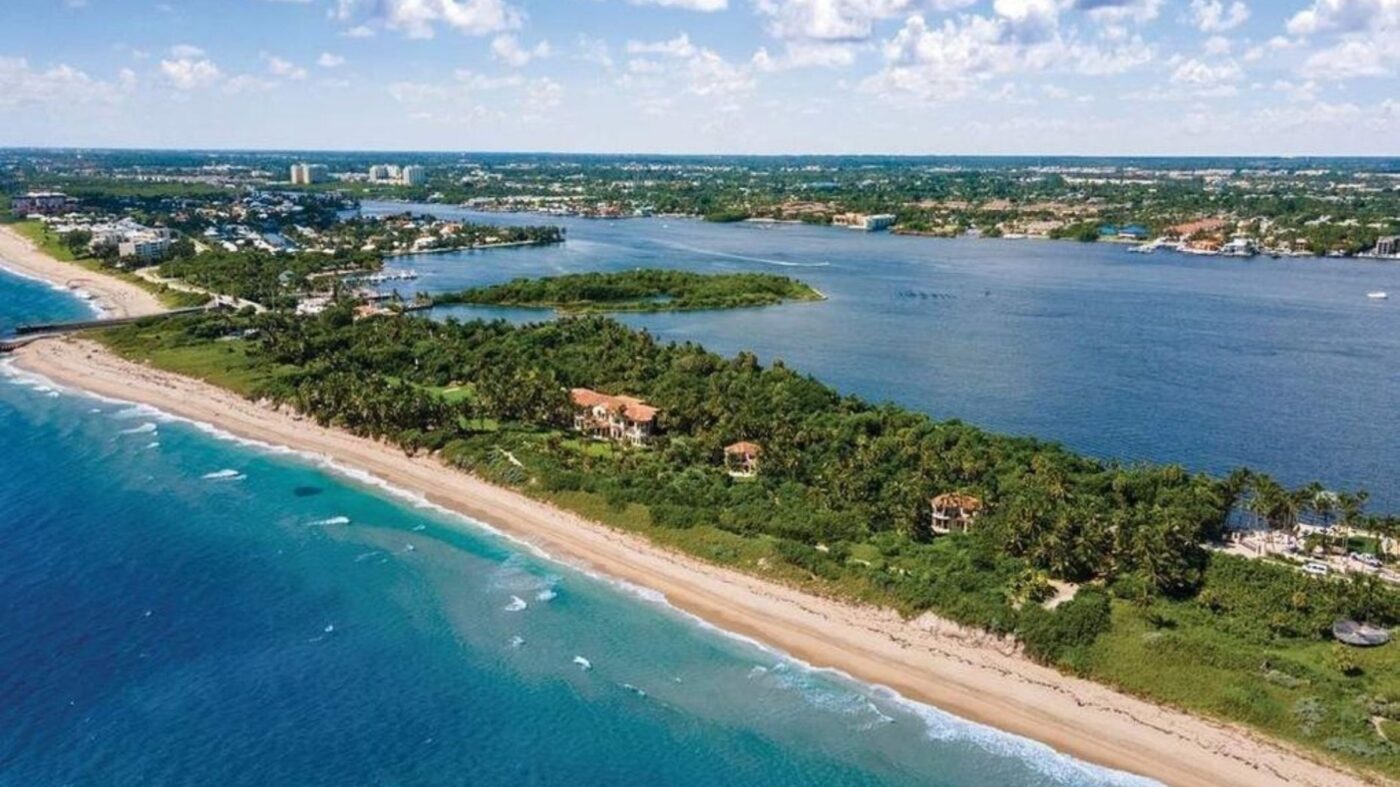 One of the priciest listings in the U.S. has sold for $94.17 million, the Palm Beach Daily News reported on Tuesday.

The expansive estate located in Manalapan, a town south of Palm Beach, was most recently owned by the billionaire Ziff family and sat on the market for about six years before its sale this week. It first listed for about $200 million in 2015, but was more recently listed for $115 million.

The listing was represented by Cristina Condon, Todd Peter and Frances Peter of Sotheby’s International Realty.

The property’s hefty price tag also reflects its sweeping scale. Encompassing 15 acres, the estate takes up the entire width of the barrier island it sits on, while boasting 1,200 feet of Atlantic Ocean waterfront and 1,300 feet of frontage on the Intracoastal Waterway.

“Gemini,” as the property is known, originally dates back to the 1940s (it’s since been reconstructed) and contains multiple buildings that amount to nearly 85,000 square feet of living space, including 33 bedrooms, 34 bathrooms and 13 powder rooms.

The estate was originally built in the 1940s, but has since been reconstructed | Credit: Realtor.com

Gemini was most recently owned by the Ziff family, of the Ziff Davis Inc. publishing company | Credit: Realtor.com

The sale is one of a number of pricey transactions conducted in Palm Beach recently | Credit: Realtor.com

Although the estate is divided by a road, landscaping largely shelters the property from view | Credit: Realtor.com

South Ocean Boulevard divides the estate, as it does many other neighboring estates in the area, but a series of tunnels beneath the coastal highway (one of which serves as an art gallery) connect the two sides while walls and landscaping shelter the property from street view.

“The road is essentially imperceptible thanks to a series of tunnels including one that is a furnished 15-foot-wide gallery,” the listing description explains.

In addition to ample access to a variety of natural water-based recreational activities, the property also offers many other opportunities for recreation, including a swimming pool, a PGA standard golf area, regulation tennis court, half basketball court and fitness center and spa.

Since the 1980s, Gemini has been in the hands of the Ziff family, which gained the bulk of its wealth through William B. Ziff’s magazine publishing empire Ziff Davis Inc., a company that was ultimately passed on to his son William B. Ziff Jr., who died in 2006. Ziff Davis Inc.’s more well-known publications include hobbyist magazines like Car and Driver and PC Magazine.

The Palm Beach area has seen significant traffic at high price points since the start of the pandemic, particularly from Northeast buyers seeking out a more tranquil place to live with warmer climes. In February, a property once owned by Donald Trump sold for about $140 million.

Sponsored Content
What’s ahead for luxury real estate in 2021