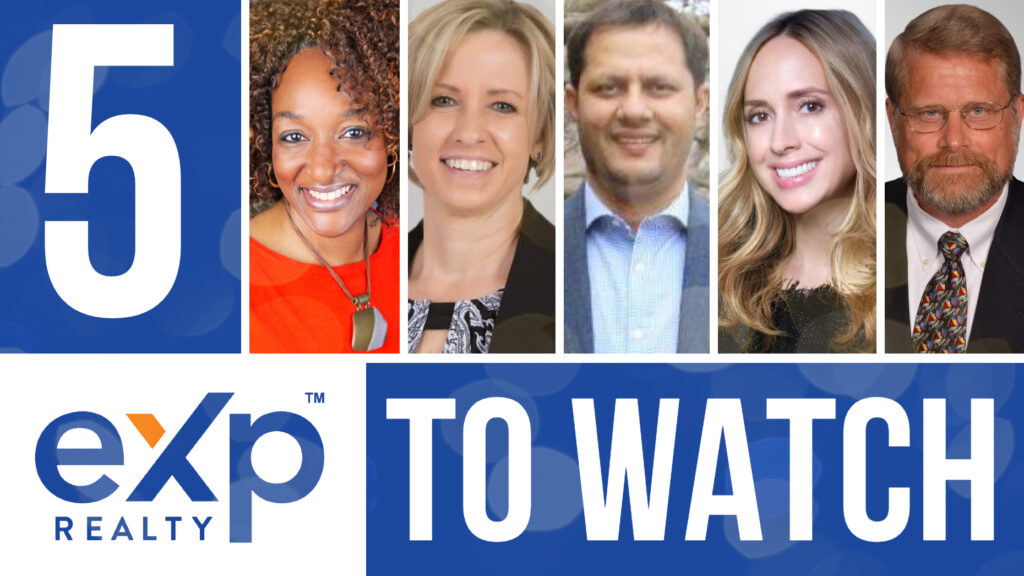 It’s the forward thinkers at eXp, like the following individuals highlighted below, who are setting the company up for success, both at the agent level and within the industry at large.

EXp Realty was one of the companies best positioned to confront the pandemic. With a fully virtual infrastructure already in place through VirBELA, the virtual world vendor that operates eXp Realty’s virtual platform and is owned by eXp World Holdings, the company didn’t have to do anywhere near the kind of transitioning that many other real estate companies did in 2020.

During the pandemic year, eXp saw its most profitable year ever, posting a net income of $31 million, proving its sticking power through tumultuous times.

EXp has also been aggressively growing its agent ranks of late, a sign that it’s increasingly gaining clout among agents in the industry. As of an earnings report released in March, the company’s year-end agent count had increased 63 percent year over year.

The company must be doing something right, because in addition to those growing agent numbers, its Net Promoter Score, a metric which measures how agents feel about the company, also shot up from 30 to 80 between the first and third quarters of 2020.

It’s the forward thinkers at eXp, like the following individuals highlighted below, that are setting the company up for success, both at the agent level and within the industry at large.

Fee Gentry, co-founder of ONE eXp and Board of Directors Member 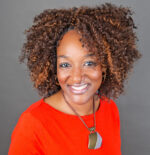 Without a doubt, Fee Gentry is one of the biggest movers and shakers at eXp Realty. Gentry joined the brokerage in 2017, and since then has continued to work hard to enact positive change within the real estate industry.

Prior to joining eXp, Gentry spent nearly 13 years as an agent with Keller Williams, and before that, embarked on a variety of entrepreneurial endeavors.

Once at eXp, it didn’t take Gentry long to make her mark. In February 2019, Gentry helped co-found ONE eXp, a diversity and inclusion initiative within the company to help boost career development, fair housing principles and networking opportunities for diverse groups in real estate. Prior to that, Gentry also founded the Black Network at eXp in December 2018.

In RISMedia’s 2021 Newsmaker awards, Gentry was named a “Crusader.”

Then in May of 2020, Gentry was appointed to eXp World Holding’s Board of Directors, making her one of the few Black professionals to sit on a real estate company’s board of directors. On Gentry’s website, it states that with her appointment to the board, Gentry is “helping to build an equitable real estate industry from the inside out.”

“We are excited to welcome Fee to the eXp World Holdings board as we have valued her input and ideas on a variety of topics impacting real estate agents today,” eXp CEO and Founder Glenn Sanford said at the time. “We look forward to future discussions together that will help grow our businesses and enhance value for all eXp shareholders.”

On top of her professional commitments, Gentry also hosts the YouTube shows “A Seat at the Table” and “Black Table Talk,” which aim to inspire diverse communities to break through barriers.

Stacey Onnen has proven to agents and management at eXp that she is rock solid when it comes to helping deliver agent success.

In 2018, Onnen was hired away from Realty One Group to become senior vice president of brokerage operations at eXp. Then, when the brokerage was shaken up a bit the following year by a number of high-profile executive departures, Onnen and Dave Conord, who previously led eXp’s U.S. growth, stepped up to serve as the brokerage’s co-presidents. Since then, Onnen has continued to lead as president on the U.S. brokerage operations side while Conord has shifted to a role as president of U.S. growth.

In her current role, Onnen continually assesses the efficiency of the company’s systems and processes to ensure that agents and eXp as a whole can keep growing and expanding. In January 2020, Onnen took on the daunting task of overhauling the payment processing system for eXp’s roughly 35,000 agents. She’s also been credited by the brokerage with creating a uniform standard for all brokerage operations across the company, allowing eXp to expand its operations to all 50 states.

In addition to this work, Onnen is currently leading the continued development of a transaction coordination platform that assists with in-house handling of agent files. The platform, which is currently available to agents in Arizona, California, Florida and New York, will ultimately be released to all 50 states in phases, and is catered to agent transaction services specific to each state.

“[Onnen] is a successful and trusted leader and brings a reputation for developing people and inspiring teams,” Sanford said, upon Onnen’s promotion to co-president in May 2019.

A certain determined, driven personality type often characterizes individuals who become successful in real estate. EXp agent Anpi Poudyal is no exception to this model, but he had a long way to travel before becoming the successful real estate agent he is today.

Poudyal became an agent at eXp in 2019 because of his drive to help immigrants in his Pennsylvania town from his own native country of Bhutan and surrounding areas achieve the American dream of homeownership.

During his first year as an agent, Poudyal completed 31 transactions, earning over $8.8 million in gross sales. In contrast, the average agent with two years of experience or less typically earns $8,900 per year, according to data from 2019 from the National Association of Realtors (NAR). Poudyal’s success allowed him to earn an “Icon Agent” status at eXp, a distinction indicating an agent has earned “exceptional sales volume as well as represent[ed] the company’s core values,” according to eXp’s blog.

“He’s a very humble man,” Tina Faleshock, Poudyal’s mentor at eXp, said in a statement. “Not only was he [his clients’] Realtor, but also their interpreter. He has a special place in our hearts. We are very proud of him.”

When he was just 14, Poudyal and his family had to flee Bhutan for a refugee camp in Nepal where they remained for 18 years. He and his family were ultimately relocated to Manchester, New Hampshire in 2009 through a United Nations resettlement program. Due to his background in computer networking and hardware, Poudyal was able to find employment in New Hampshire, and ultimately rose the ranks to become director of operations at Building Community in New Hampshire, a multi-ethnic non-profit that supports refugees and immigrants.

About ten years after arriving in the U.S., Poudyal and his family made the move to Mechanicsburg in order to be closer to other Bhutanese and Nepalese communities located throughout Ohio, Pennsylvania, Maryland, Virginia and North Carolina.

In 2020, Poudyal had another great year by the numbers: He totaled 42 transactions (including two rentals) and earned $12.9 million in sales volume. 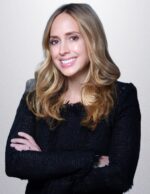 Courtney Chakarun has only been at eXp since June 2020, but she’s already led the company through a rebrand, which was unveiled in November at the company’s eXpCON general session.

In her role that was newly created when she joined the brokerage, Chakarun is responsible for driving digital strategy for the company’s growth, as well as raising awareness of VirBELA.

Prior to joining eXp, Chakarun had a strong track record leading marketing efforts at other companies in the real estate industry. At CoreLogic, where Chakarun worked from 2014 to 2018,  she ultimately rose to senior vice president of marketing and innovation solutions. After that, she served as chief marketing officer at Roostify for about two years before joining eXp. Previously, Chakarun spent over a decade at GE Capital, working in marketing and new products and mobile.

Chakarun’s achievements in the industry helped her gain recognition from Housing Wire in 2019 as a “Woman of Influence.” Specifically, Housing Wire cited Chakarun’s “laser focus on the customer,” “digital first focus,” and “hyper-personalization” as characteristics of her work that helped merit her recognition.

“Courtney’s drive, expertise and leadership positions in housing, consumer finance and technology are aligned with our hyper-growth trajectory and commitment to the agent experience,” Sanford said at the time of her hire. “Her track record of driving growth and building brands will be invaluable as eXp expands its affiliated services program and continues its focus on providing innovative solutions for agents and their clients.”

Tobison has had a long career of C-level positions at software, e-commerce and related companies. Therefore, it’s no surprise that he was an attractive pick for eXp when hired on as Chief Information Officer to the brokerage’s holding company in 2019.

As lead of eXp’s information technology, software and data services, Tobison’s responsibilities are weighty ones, particularly for a company that operates completely virtually and relies so much on technology. In addition, eXp’s ambitious growth goals have put added pressure on Tobison to deliver efficient products with minimal hitches.

Housing Wire named Tobison one of their 2020 “Tech Trendsetters,” a list that highlighted industry product and tech leaders who were “indispensable in bringing innovative tech solutions” to clients in the industry that year. Housing Wire noted then that under Tobison’s leadership, eXp successfully scaled VirBELA to accommodate its growing agent count over the course of the year, and also gathered and vetted several affiliated services companies for the brokerage to partner with during the homebuying process (like title, mortgage and home warranty providers).

“John has been hugely instrumental in overseeing the many requirements necessary to create a platform that is helping to drive eXp’s incredible growth,” Sanford said following Tobison’s “Tech Trendsetters” recognition.

“His innovation and leadership — especially during this pandemic — has supported us with framing our thinking on how we scale and embrace our core technologies, build cross-functional teams and engage with all stakeholders in a way that supports the cloud-based vision we all have here at eXp.” 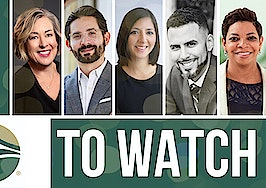 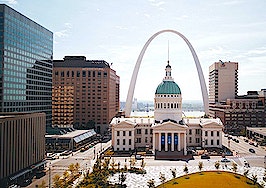 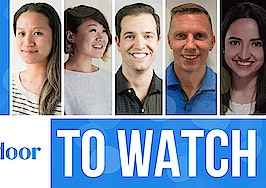