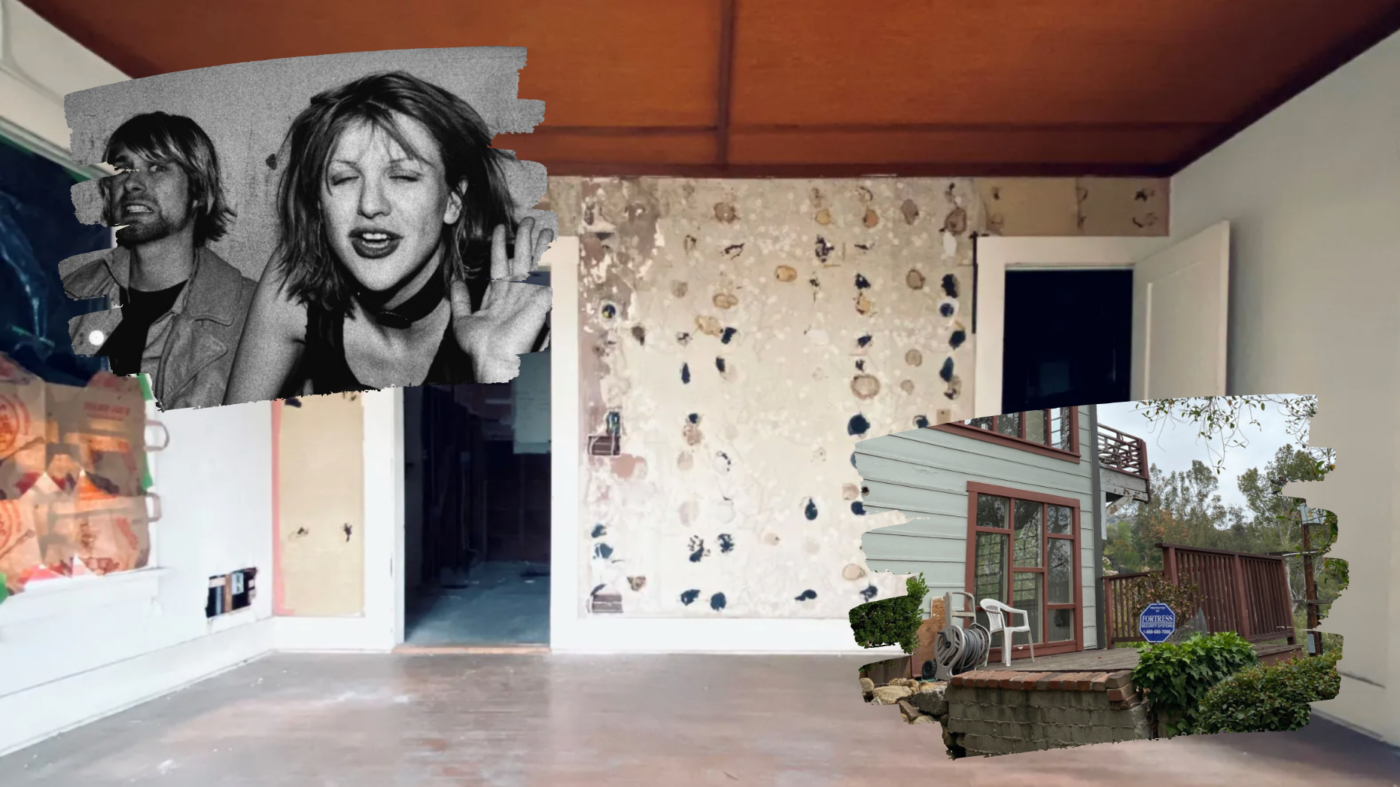 A Hollywood Hills home that Kurt Cobain and Courtney Love called home in 1992 has been listed for $998,000.

Built in the Craftsman style, 6881 Alta Loma Terrace was built in 1921 and has been part of the scenery in the celeb-heavy neighborhood for decades. In 1992, the frontman of Nirvana and Hole vocalist Love were renting it out while living in LA, according to the Los Angeles Times.

During the same year, their daughter Frances Bean Cobain was born. Cobain was also reported to have written much of the band’s third and final studio album, In Utero, while they were in the house.

“The year was 1992,” reads the listing. “Kurt Cobain and Courtney Love ruled the airwaves. Together they moved into this charming Asian influenced Craftsman in iconic Hollywood Heights.”

Despite its stellar location and historic architecture, the 2,458-square-foot property needs some serious TLC. Alongside a two-story living room with an open staircase and four large French doors leading onto a wraparound deck, photos show peeling paint and worn-down wooden flooring.

“The property has fallen into disrepair and is a major fixer,” reads the listing. “It will not qualify for traditional financing.”

Real estate agent Tatiana Tensen of Sotheby’s International Realty is overseeing the sale. Another big perk for whoever ends up buying it is access to High Tower, a five-story, 100-foot-tall stone tower that disguises a hidden elevator. Residents of 18 properties in the area are able to use it to come up to their house without climbing the steep hills for which the Hollywood Hills are known.

Founded in Washington state in the late 1980s, Nirvana came to define alternative rock and is one of the most popular grunge bands of all time. To this day, fans come to the property to pay homage to Cobain, who died by suicide in 1994.